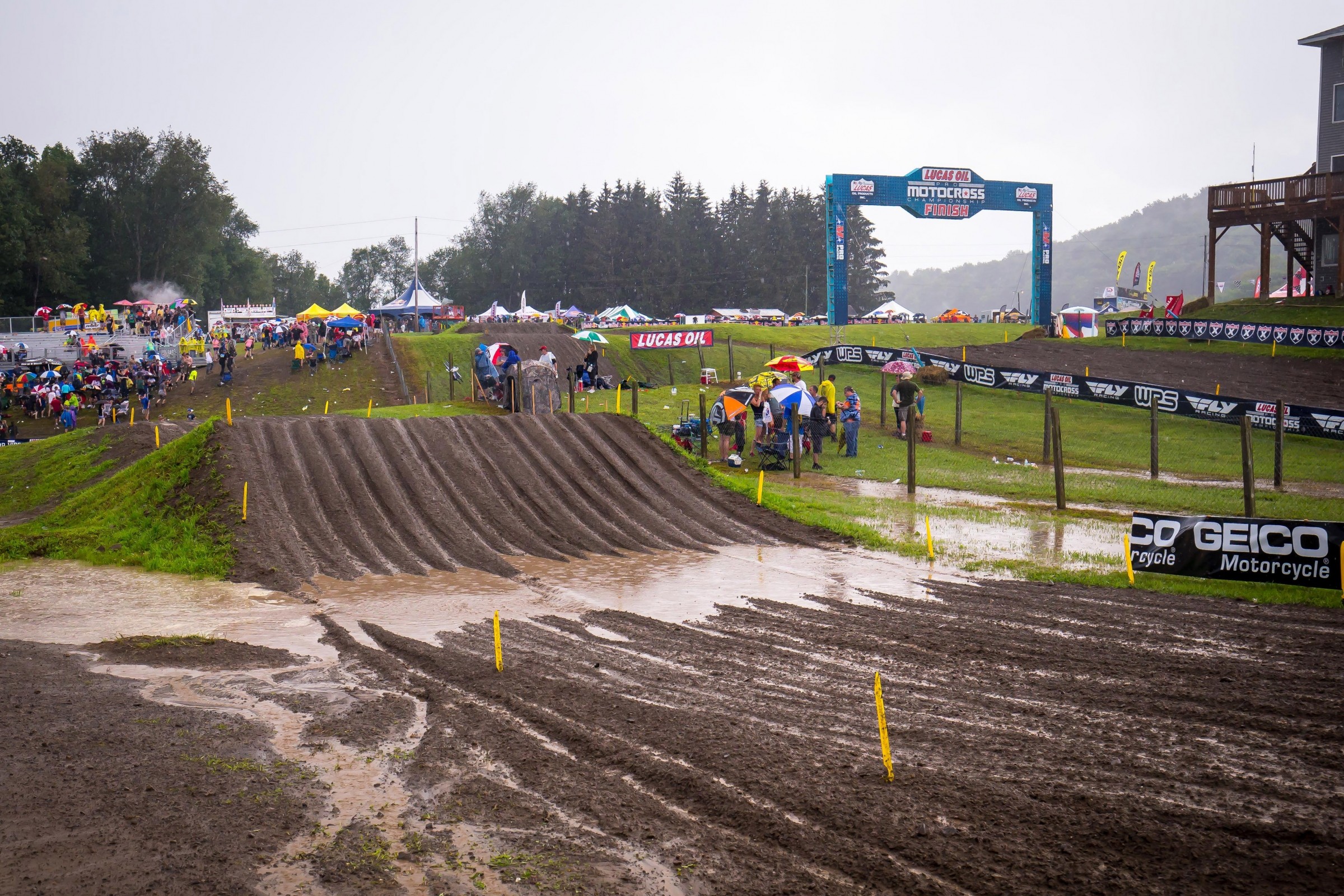 Normally mud races aren't the most exciting to watch as the pack often gets spread out quickly and whoever gets the holeshot has a huge advantage. However, the racing at Unadilla was fairly close for a mud race with the first 450 moto being decided by two seconds and the second 450 moto by nine, both being won by Marvin Musquin.

The wet conditions also added some drama to the championship as it allowed Musquin to cut a huge chunk out of Eli Tomac's points lead, as Tomac struggled all day with 10-5 scores for ninth overall.

It's not very often that we get to see one moto that's dry and then the next moto turns out to be a complete mud fest, and on top of that, have the same rider finish near the top in both motos. Jeremy Martin finished second in the first 250 moto and won the second, and with that, his lap times gave us a great picture of how much slower the track was when it got wet. Take a look at the difference and also keep in mind that they didn't go down the Screw U section, which would have added even more time.

As I said above, the Screw U section was skipped during the second motos because it's so steep that the riders probably couldn't have gotten stopped at the bottom of the hill and then they would have had just as hard of time making it back up.

With the way the cameras were positioned this weekend it wasn't exactly clear where they cut the track, especially if you aren't familiar with Unadilla's layout. Below I highlighted the section that was skipped in red and the new route in green.

Musquin has been on a tear over the last three rounds. He's won six straight motos on three very different styles of tracks and has made a significant dent in Tomac's championship lead, cutting it down by 29 points in two rounds.

With a 31-point lead going into the final two rounds, Tomac still has a comfortable cushion and is still the favorite to wrap up the title as Jason Thomas touched on earlier today, but Musquin has just shown us how much damage he can do over four motos with a little help from Mother Nature.

Below is Tomac's points gap to Musquin after each round of the Lucas Oil Pro Motocross Championship.