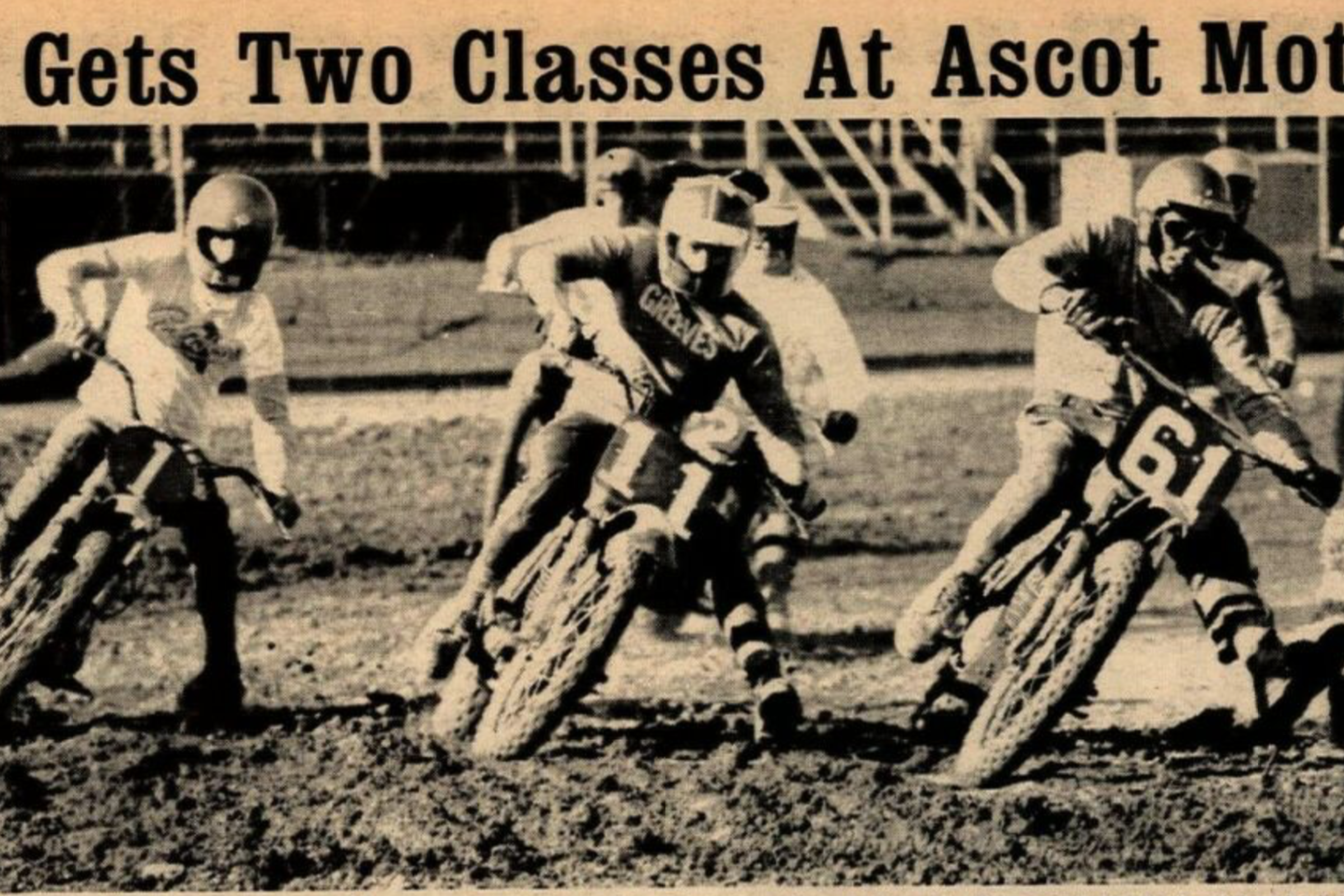 On This Day in Moto December 28

Brothers Bob and Gary Bailey hosted a big "international motocross" race at Ascot Park in Gardena Southern California, but there was one small problem: no European or other international riders showed up! The Baileys had spoken to some of the Europeans at that summer's Inter-Am Series and had some commitments, but by the time the race came, only England's Dave Bickers had signed up. Bickers then failed to show, leading the Baileys to write a poignant apology to the fans in the pages of Cycle News to explain what happened.

A lot of top U.S. talent turned up, including Gary Bailey, Gary Jones, Jim Wilson, Jim West, Bill Silverthorn, and Barry Higgins, who came all the way out from New York. The big winner was Bailey, who took two pro classes.

Cycle News ran this win ad by Husqvarna celebrating Dick Burleson being named the 1970 U.S. 500cc Grand National Champion based on his being the top American in the recently-completed Trans-AMA Series. Burleson, the future enduro off-road and eight-time AMA National Enduro Champion, was going to college at the top and also working as a mechanic in a motorcycle shop in Toledo when he won this first honor of his Motorcycle Hall of Fame career.

Former FIM MX2 World MX Champion and AMA Supercross Champion Ben Townley came off of an injury to win the 38th Annual Whakatane Summercross motocross in New Zealand. It was Townley’s first race victory since he had crashed in the Motocross of Nations at Budds Creek in September 2007, when a string of injuries followed and plagued his two years with American Honda. At the Summercross he rode a Kawasaki.

And a weird chapter to Monster Energy AMA Supercross, an FIM World Championship, came to an end when the AMA and FIM decided to run a single, combined series with two sanctions rather than the confusing set-up that gave out a #1 plate from each organization, and ended the '06 season with Ricky Carmichael the #1 AMA Supercrosser and James Stewart the #1 FIM World Supercrosser.

That has not happened in the years since, as the U.S.-based teams find the travel outside the U.S. difficult.