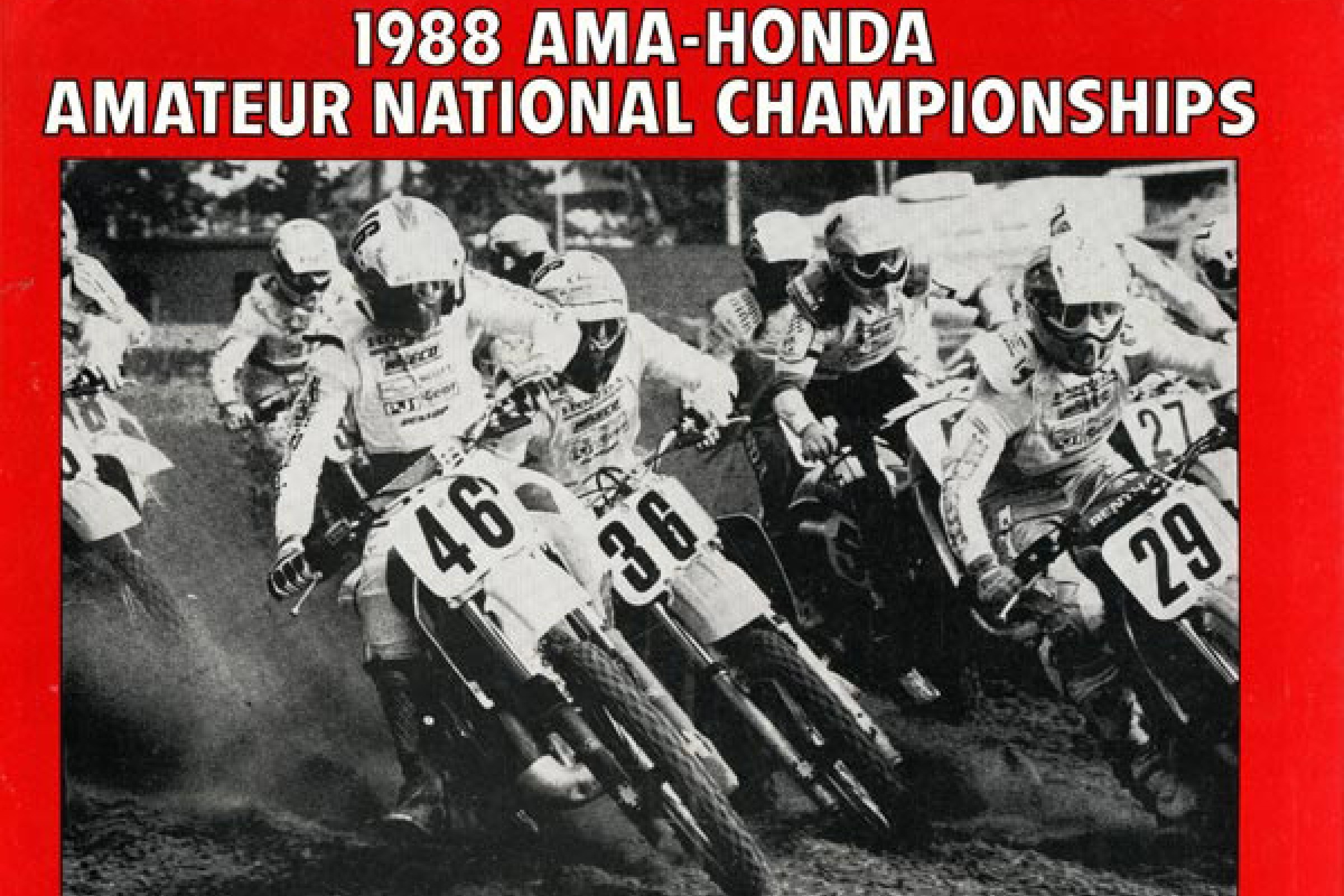 As we count down the 36 days until the start of the 2017 Rocky Mountain ATV/MC Loretta Lynn’s AMA Amateur National Motocross Championship, we are going to look back at each year in the history of the event. Today we look back at 1988.

It’s hard to have a long-term rivalry, unless you happen to be the same age as your nemesis. And by the time a young rider graduates from the ranch to pro, pretty much everyone is a rival. Still, there have been serious rivalries, from Brian Swink versus Buddy Antunez, Ricky Carmichael versus Charley Bogard, to Mike Alessi versus Davi Millsaps, to Jessica Patterson versus Ashley Fiolek. Sure, vet riders are the same age and they race at the ranch for many years, but the competitiveness isn’t quite as intense as it is for younger riders.

Arguably the most significant rivalry in the history of Loretta Lynn’s involved Michigan’s Lisa Akin-Wagner and California’s Mercedes Gonzalez-Natvig. It was a classic East-West rivalry, between two superbly talented riders, one on Yamaha, the other on Kawasaki. In those pre-WMX days they usually only met once a year, and it was at Loretta Lynn’s. Both were known to mix it up well with the boys—Akin-Wagner finished 14th in ’83 in a 100cc Class that included Jeff Stanton, Donny Schmit, Fred Andrews, and Barry Carsten; Gonzalez-Natvig placed 11th in the Junior +25 Class in ’89. Both rode with a competitiveness that was no different than what we might see now between a Zach Osborne and a Jeremy Martin. Lisa represented Team Dynamic and the Michigan Mafia; Mercedes was a staple of the Kawasaki Team Green juggernaut. And finally, both would marry very fast men, Bobby Wagner and Derek Natvig.

Over the course of the first 10 years of Loretta Lynn’s, between the two of the two of them, they claimed the Women’s Class title all 10 times:

It was the last year that Akin-Wagner raced, 1988, where the rivalry hit its zenith. After splitting moto wins, the third and final moto would decide the championship. It all went down to the very last lap, and the very last turn. That’s where Akin-Wagner got to the inside of Gonzalez-Natvig and forced a pass and took her fifth and final championship of her career.

Gonzalez-Natvig would return and win the next three Loretta Lynn’s, but without her foil there, those titles didn’t quite have the same buzz around them as the ones she took in ’86 and ’87. Still, the five titles Mercedes won matches the five titles that Lisa won, which is perfect—they were as equal on the racetrack as it gets. Both Mercedes Gonzalez-Natvig and Lisa Akin-Wagner deserve to one day be in the AMA Motorcycle Hall of Fame, and they should go in together.

The girls weren’t the only big rivalry in 1988. The aforementioned Swink and Antunez, another Michigan versus California rivalry, would trade moto wins all week long in the 85cc (14-15) Stock and Mod classes. Team Green’s Swink would end up with the upper hand in the Stock group, while R&D Suzuki’s Swink would take the Mod Class.

Yamaha’s Damon Bradshaw and Kawasaki’s Jeff Emig already didn’t seem to like each other, and that would extend through the years when they were teammates on the Yamaha factory team. Back in ’88 they were hot prospects in the A classes, with Bradshaw considered the hottest young rider since Ron Lechien. They met in the 125 A Stock Class, and collided together on the first lap of their last moto in the hairpin corner just before the 10 Commandments. Starting over again only ahead of Emig, Bradshaw went on a tear and passed all 40 of the other guys to win the moto going away. It was a remarkable ride.

All told in the 125 A Stock and Mod classes were three riders who would win 125 Nationals the very next year, and two of them would battle to the last moto for the title. Yamaha’s Damon Bradshaw and Larry Ward and Team Green Kawasaki’s Mike Kiedrowski would all battle in these classes, with Bradshaw winning the 125 A Stock with 1-1-1 moto scores, while Ward and Kiedrowski struggled. But both Ward and Kiedrowski signed Honda 125cc Factory Support contracts for 1989, while Bradshaw stuck with Yamaha and went straight to the pro ranks the following weekend at Spring Creek in Millville, MN, where he would finish fourth overall, a solid outing. But in the 125 Nationals in 1989 he would be upset by the relatively unknown Kiedrowski by three points. Bradshaw would win four rounds as a rookie, Kiedrowski would win three, and Ward would win Southwick.

Other standouts in 1988 included Robbie Reynard, who was the only double-class winner in the minicycle divisions, Mike Brown in the 125 B Class, West Virginia’s Steve Childress in the 250 A Class, and Texan Jeff Dement and Florida’s Tim Ferry in the 85cc classes.