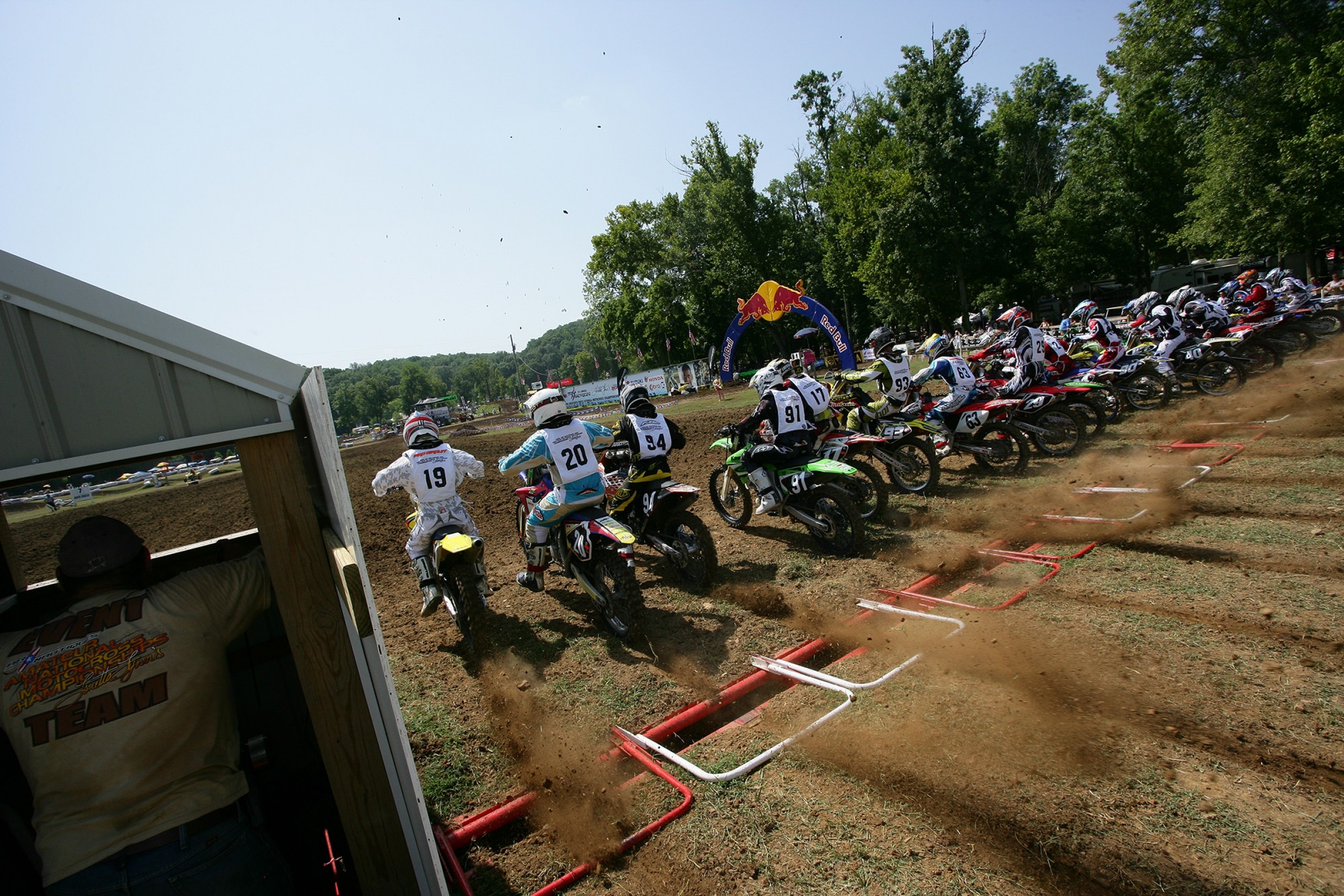 As we count down the 36 days until the start of the 2017 Rocky Mountain ATV/MC Loretta Lynn’s AMA Amateur National Motocross Championship, we are going to look back at each year in the history of the event. Today we look back at 2008.

The 2007 edition of the AMA Amateur National Motocross Championship at Loretta Lynn’s Ranch represented a high-water mark for the sport. That summer, the American economy was still rolling, people were still buying dirt bikes in large numbers, and teams had a lot of money to spend. By the time the first gate dropped for the 2007 races, Austin Stroupe (Monster Energy/Pro Circuit Kawasaki), Trey Canard (GEICO Honda), and Nico Izzi (Makita Suzuki) had high-dollar pro contracts locked and loaded.

The world was much different a year later. The economy was starting to teeter, sales reports were beginning to slow, and the entire country was on the verge of financial collapse. There was a little less hype for the next A Class graduates, too. Kawasaki Team Green’s PJ Larsen and Suzuki’s Darryn Durham were favorites for the Horizon Award, and they came through, battling so closely that the AMA decided to give them both the award and name them co-winners. That hasn’t happened before or since.

Larsen won the Motocross A/Pro Sport (450) title with 1-1-2 scores, while Durham went 2-18-1 in the class. But Durham bounced back to win the Lites division with 2-2-1 motos to Larsen’s 1-3-2. Since they each won one of the Pro Sport classes, they both got the award. Unlike the 2007 recruits, though, Larsen and Durham didn’t go straight to Monster Energy/Pro Circuit Kawasaki or Team Suzuki. Larsen got a spot on the Canidae MotoSport Kawasaki second-tier 250 team (below Pro Circuit), and Durham got a one-year shot with Star Racing Yamaha. One rider did come to the race with his pro deal locked in—Blake Wharton with Factory Connection (GEICO) Honda, but he struggled throughout the week and took 12th and fourth in his classes. He did get two moto wins, though.

Ultimately, though, the rider who would exit the event with the most hype was Factory Honda’s Justin Barcia, who won MX Lites B Stock, but ended up with 1-19-1 scores in MX Lites B Mod, opening the door for Travis Baker to win a title. Barcia was the fastest B rider, though, so his fate was set—instead of coming back to Loretta’s in 2009 in the A Class, he would race the Lucas Oil Pro Motocross opener at Glen Helen the following year. He led laps in both motos of his debut—and essentially created a new road map to the pros.

Other highlights? Jason Anderson and Blake Baggett squared off (sound familiar?) in the Schoolboy ranks, with each getting a title. The minicycle breakout was Joey Savatgy, who scored both 85cc (12-13) Stock and Mod Championships. Eli Tomac also won both Supermini classes.

Remember Vicki Golden and her pursuit to qualify for the night show in a 250SX race? She was the Loretta’s Women’s champion in 2008, topping Sara Price in a wild, dramatic final moto.