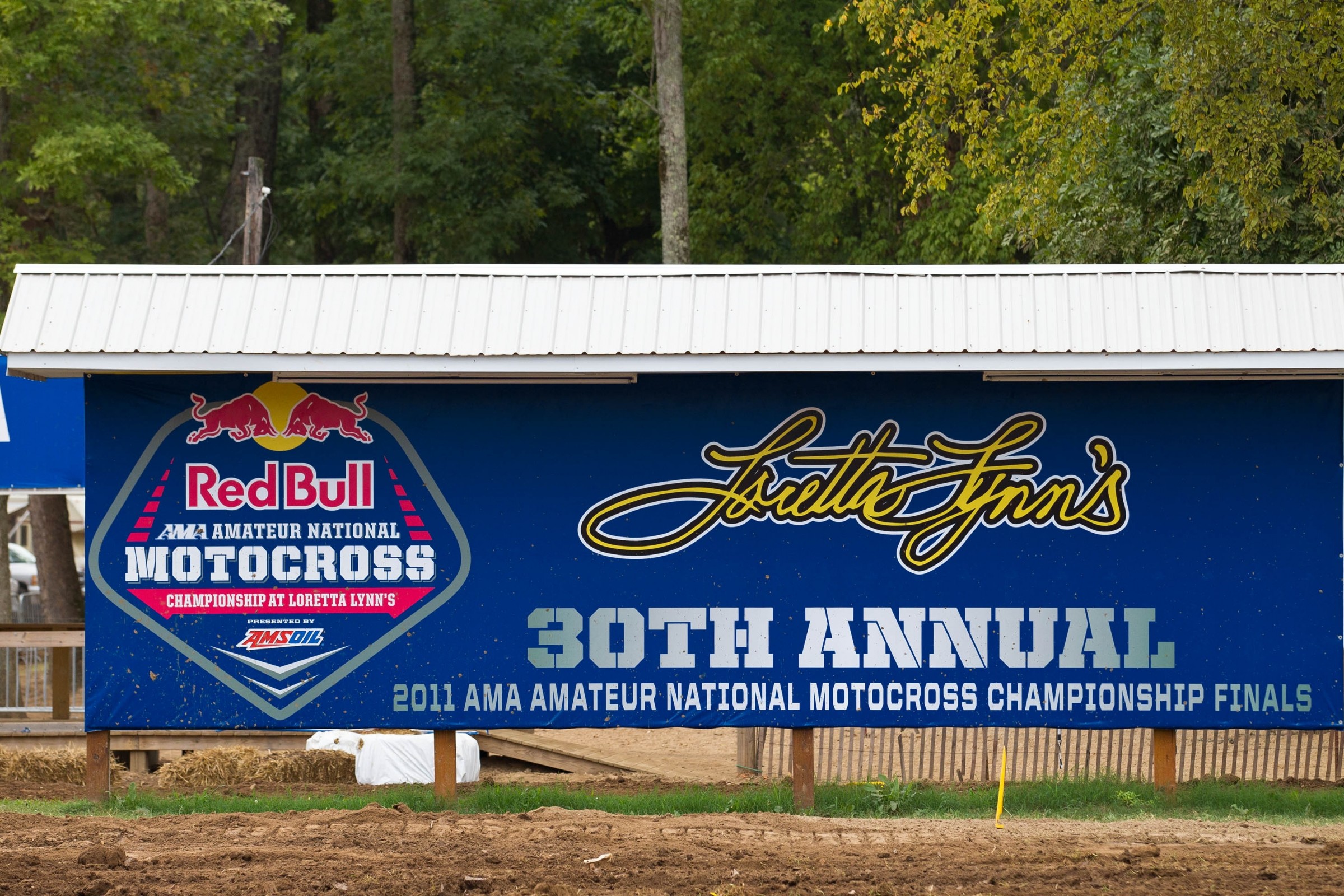 As we count down the 36 days until the start of the 2017 Rocky Mountain ATV/MC Loretta Lynn’s AMA Amateur National Motocross Championship, we are going to look back at each year in the history of the event. Today we look back at 2011.

Factory Connection/Amsoil (GEICO) Honda changed the amateur game when it started spending part of its pro budget to hire and groom amateurs, starting with Trey Canard back in 2007. From there the program quickly became the top choice for big-bike riders, with Canard, Justin Barcia, Blake Wharton, and Eli Tomac doing serious damage. Justin Bogle was next up, having switched to the team for 2011 from Team Green. He was the man to beat in the A classes for 2011.

Bogle dominated 450 A with a three-moto sweep, but Kyle Peters came into 250 A determined to beat him, and Peters came out on top with 1-2-1 scores to Bogle’s 2-1-2. Peters had a disastrous run in his other class, Open Pro Sport, taking 39th overall. That made Bogle, with a first and second in his two classes, the easy pick for the AMA Horizon Award. Zack Freeberg was also expected to be a Horizon contender coming in after winning an A title the previous year, but he had an inconsistent week and ended up 17th and sixth in his two classes.

The B classes featured a mix of battles, with current GP race winner Thomas Covington taking a title, and Justin Hill finally emerging from the considerable shadow left by his brother Josh, taking 250 B stock. Justin Summers swept 450 B Mod and Canada’s Cole Thompson won 450 B stock. Two other B riders of note: Suzuki’s Jeremy Martin, who would notoriously win a few motos at Loretta’s every year, but then have issues and leave the ranch without any titles. Martin went 2-4-1 and 4-1-8 in his motos this time, not truly indicating how good he would become.

Another strong B rider? Utah’s Blake Savage, who finished second in 450 B Mod and second in 250 B Mod. Blake’s sister Courtney is Ken Roczen’s fiancée, and these days Blake is Ken’s training partner, and has recently also recently started working with Cole Seely.

By 2011, the Bakersfield Bunch, a gaggle of fast Cobra riders from Bakersfield, California, was in full effect. In AMA 51cc (4-6), Ryder DiFrancesco and Jett Reynolds battled it out, taking all three motos, with DiFrancesco getting the edge for the title. Their neighbor Brock Bennett was fourth, giving Bakersfield three of the top four spots in that class! Further, Stilez Robertson, also of Bakersfield, won 51cc (7-8).

Supermini was loaded, and Adam Cianciarulo came away with both titles, edging Jordon Smith both times. Smith would be okay, though, because that coveted Factory Connection Honda team was starting to give him a look. They were also taking note of Matt Bisceglia, who edged out Chris Alldredge for a Schoolboy title. Meanwhile, dudes like Aaron Plessinger and Shane McElrath were also in the class, but not really factors for podiums or wins. Funny how it works sometimes.

In the age classes, The Alabama Slamma, Clark Styles, was the man to beat, taking the 25 Plus and 35 Plus titles. Styles is a long-time test rider for Dunlop—safe to say his tires were hooking up during the week!