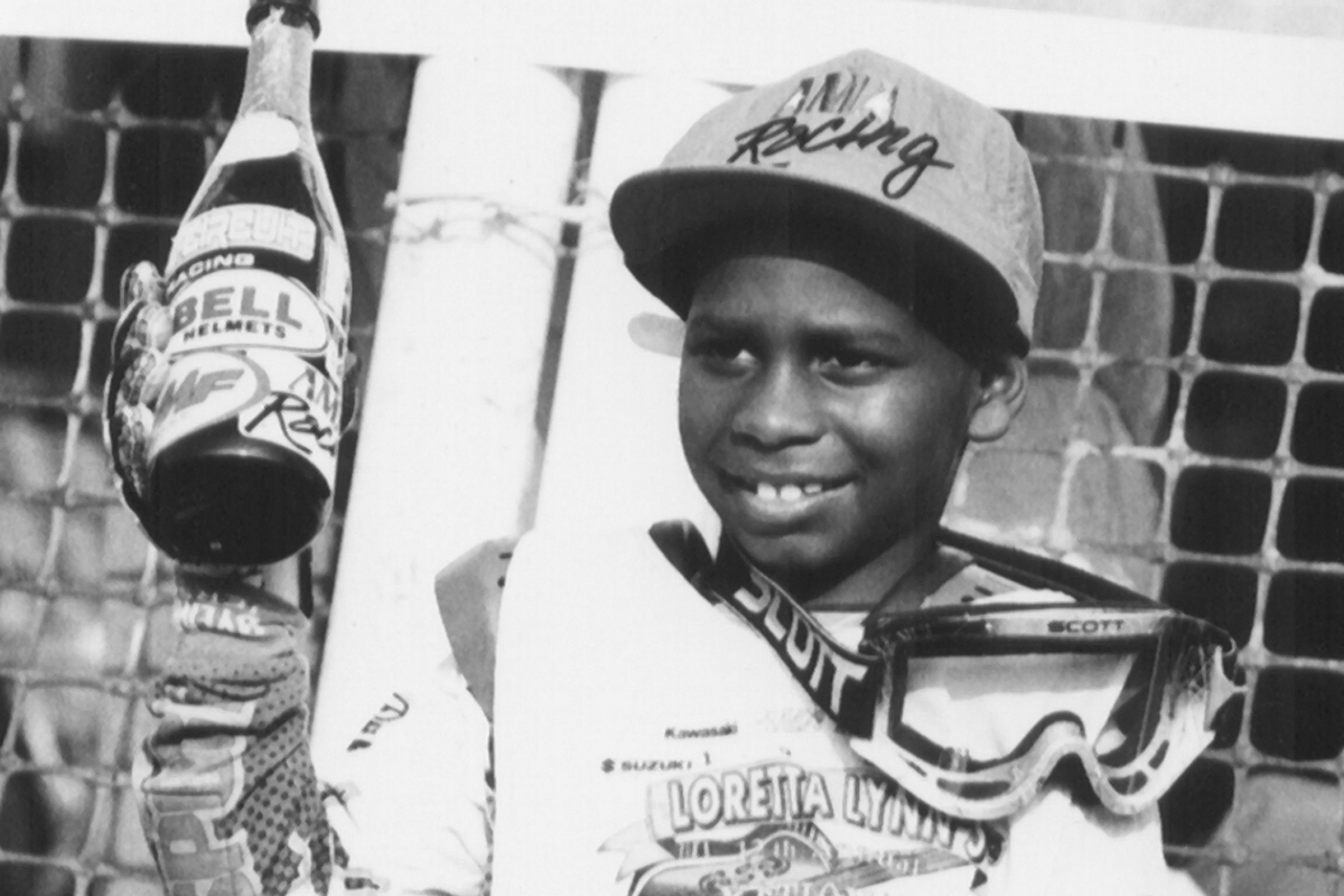 As we count down the 36 days until the start of the 2017 Rocky Mountain ATV/MC Loretta Lynn’s AMA Amateur National Motocross Championship, we are going to look back at each year in the history of the event. Today we look back at 1993.

1993 was one of those years at the AMA Amateur National Motocross Championship at Loretta Lynn’s Ranch that didn’t seem to have any really extraordinary developments. New Yorker Scott Sheak won the first two titles of his career in a six-moto 125 and 250 A Modified showdown with Pennsylvania’s Davey Yezek that saw Sheak, a future Honda factory rider, take five of six. Florida vet Kevin Foley won his sixth and seventh career titles, and top prospects Kevin Windham of Louisiana and Greg Rand of Ohio took two wins each. In all, 29 class champions were crowned out of just over 1200 finalists, including Charley Bogard of Texas, though he was DQd from a second class title for having too large of a rear wheel. Ricky Carmichael, Shae Bentley, Dustin Nelson, and Johnny Marley also won a class a piece in minicycle racing.

But one year before, pretty everyone must have overlooked a little kid in an oversized helmet who went 15-17-27 for 20th overall. Those were James Stewart’s finishes in 1992, his first year ever at Loretta Lynn’s Ranch. He was riding the 51cc 4-8 Stock class. He was six years old. There were some fast kids in the class names you might know: Jeff Gibson won. Johnny Marley was second. Tyson Hadsell, Jonathan Shimp, David Whitcraft, Kevin Johnson, even future Kawasaki Team Green boss Ryan Holliday were all in the class. Out of so many promising young riders, no one might have guessed that the kid from Haines City, Florida, who finished smack in the middle of the pack would someday become “the fastest man on the planet.” At least not after that first visit to Loretta Lynn’s. One year later, that would begin to change.

In 1993, Stewart returned, a year older but still in the 51cc Class. In fact, he was so young that he would ride the Pee-Wee Class an unusual three different times.

It was the beginning of a very unique situation in which Stewart was the fastest kid in his class, year-in year-out, no matter the age group or the size of motorcycle. He was the prodigal son, arguably the fastest 51cc rider ever, the fastest 65cc rider, and to the trained eye easily the fastest 85cc and 125cc rider the ranch ever hosted. His professional career started the same way in 2002, though he had also developed penchant for some epic crashes in between his frequent victories. By the time he got off 125cc motorcycles, he had set the AMA National wins record by earning 28 Pro Motocross wins in just 31 starts. But his catalog of earth-shaking crashes was beginning to take shape on a parallel track to his dominant wins. What happened when he moved up to 250s and 450s is a slightly different story. Less wins due to competition from the likes of Ricky Carmichael and Chad Reed, and eventually more crashes. But that doesn’t change the fact that he was an outsized talent at every level of the sport, beginning with that first pee-wee win back in 1993, and soon to be a game-changer for all of motocross.