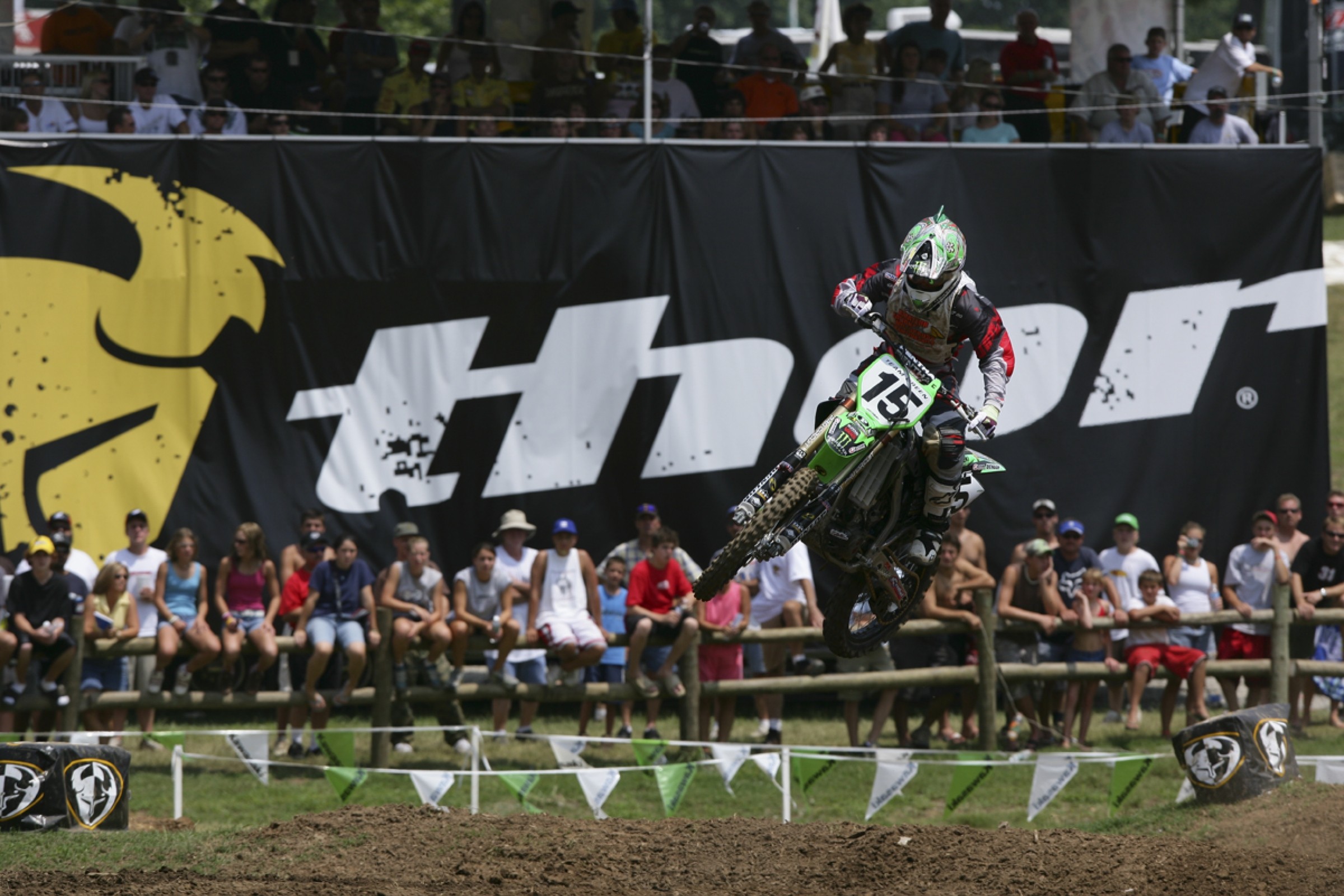 As we count down the 36 days until the start of the 2017 Rocky Mountain ATV/MC Loretta Lynn’s AMA Amateur National Motocross Championship, we are going to look back at each year in the history of the event. Today we look back at 2005.

With believe the hype officially graduated from the amateur ranks—Mike Alessi now off and running with a pro career with KTM, and in the hunt for the 125 National MX Championship—the focus shifted to his old rival, Ryan Villopoto. Villopoto came into his own on 85cc bikes to become Alessi's stiffest competitor, but in 12 knock down drag out minicycle motos in 2002 and 2003, he won just two. Alessi was a machine at the ranch. Villopoto won plenty of amateur races elsewhere, but the pressure was on to prove he could perform when the stage was his.

But a new nemesis loomed. Suzuki’s Jason Lawrence, who dominated the B class the previous year, heard all about Villopoto and set about establishing himself through his classic J-Law ways. All week, rumors spread through the ranch of J-Law skirting with trouble, leading to the classic quote from Carrrie Coombs (Davey's sister): "I've got two names on the shit list and both of them are Jason Lawrence."

"They keep saying Villopoto is supposed to be the next big thing and I never even saw him," said Lawrence in one podium interview.

In his final chance, after enduring frustration from team Alessi and talk and mind games from Lawrence, Villopoto finally came through to win 125 A going 1-1-1 to beat out Jake Weimer and Davalos. It's his only championship at Loretta's, a fact that shows sometimes being the chaser leads to the best possible motivation.

That was true in another class, also. The 125 Modified 12-15 ranks were loaded with the likes of Zach Osborne, Austin Stroupe and more, but Minnesota's Ryan Dungey scored an upset victory. The previous year, Dungey finished fourth in the same class behind Stroupe, Osborne, and Trey Canard.

Like Villopoto, that 2005 triumph would prove his only title at the event. Five years later, they were setting up to take over at the sport's highest levels. As for Alessi and Lawrence...do we have time to write a book?

Just as significant was a new method of coverage for the event. Led by teenaged video visionary Wes Williams and the DMXS Radio team, MX Sports Center, the first daily internet review show in the sport, debuted here. Shooting, editing and uploading daily 30-minute clips in the days before even YouTube existed is also a challenge worthy of a book. Williams and crew pulled it off, barely, with sweat, all nighters and youthful exuberance.

That was just the right mix for an event like this. Check out this clip from the first ever episode.