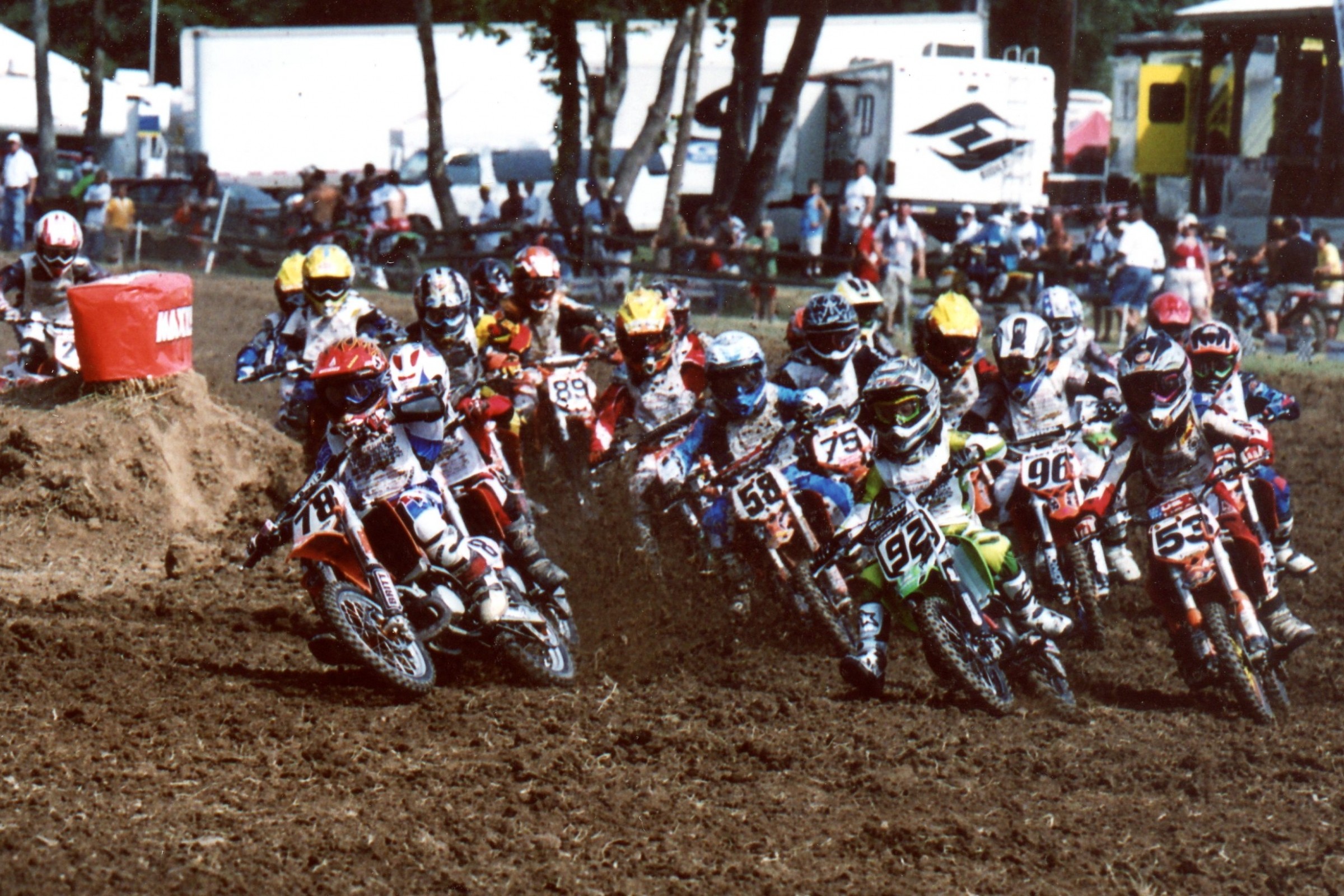 As we count down the 36 days until the start of the 2017 Rocky Mountain ATV/MC Loretta Lynn’s AMA Amateur National Motocross Championship, we are going to look back at each year in the history of the event. Today we look back at 2006.

The 2006 edition of the AMA Amateur National Motocross Championship at Loretta Lynn’s Ranch was expected to belong to Josh Hill. The long-time Yamaha prospect always seemed to peak for this race, and he had delivered titles from the 65 class in 1999 through 85s, Schoolboy, and B. For his final season in the A class, he delivered on that hype with four moto wins in six starts, and titles in 125 A and 125 A Pro Sport. In Hill’s final four years at Loretta’s, he won seven of the eight titles he competed for, and in that one class that he didn’t win, he had moto scores of 26-1-1. He was pretty much a machine down there, and Yamaha rewarded him by reviving a full-factory 250F effort in the pros for 2007. Yamaha of Troy had been running the factory Yamaha 250 effort, but Yamaha wanted to go big for Hill.

The other riders in the A class, then, knew if they could beat Josh in 2006, they could really make a name for themselves. While Hill did win both titles, they didn’t come without some challenges. Wil Hahn got on the board by holding Hill off for the first moto win in 125 A/Pro Sport. Phil Nicoletti, Broc Tickle, Sean Hackley, Jimmy Alberston, and others were also in the mix against the Yamaha phenom.

Tickle had become a rising force in the amateur ranks, using the same pathway he has used for his pro success—slow, steady progress. By his final year in 2006, he was finally ready to win a title. He was second to Hill overall in 125 A Pro Sport, but managed to outduel Matt Boni for the 250/Open A title. Boni was back to win 250/Open A Pro Sport, against Jeff Emig, who returned to the ranch for a third time since his professional retirement. Emig won 250 A/Pro Sport in 2002 and 2003, but Boni got the better of him in ’06.

While Hill, Boni, and Tickle were happy to go home with A class titles, no one rider benefitted from the week more than Trey Canard. Once a top-five threat, Canard simply found a new level in ‘06, and rolled to his first Loretta’s title in 250/Open B Modified. His real test would come in 125 B, though, against the vaunted speedster Austin Stroupe, who had consistently been a step ahead of Canard in previous years. This time, though, Trey figured it out and won a huge first-moto battle against Stroupe. Stroupe then went DNF-DNS in the other motos, and Canard had two B titles in his pocket, his first at Loretta’s. While this was happening, Rick “Ziggy” Zielfelder was putting plans together to build an amateur program for his Factory Connection (GEICO) Honda outfit. He would soon make Canard his first hire.

Perhaps no class has offered better battles at Loretta’s than the Women’s division, and the 2006 edition became another in a career-long slugfest between Tarah Gieger and Jessica Patterson. The two arch enemies always left it all on the track. Patterson was usually luckless at Loretta’s, though, often winning the first moto only for it to come undone in moto two. In ’06, she won moto one again, but Gieger took over from there to go 2-1-1 for the title.

Finally, in minicycle action, here are three names to throw at you as the top three in 85 (12-13) Modified:

Does that seem familiar at all?