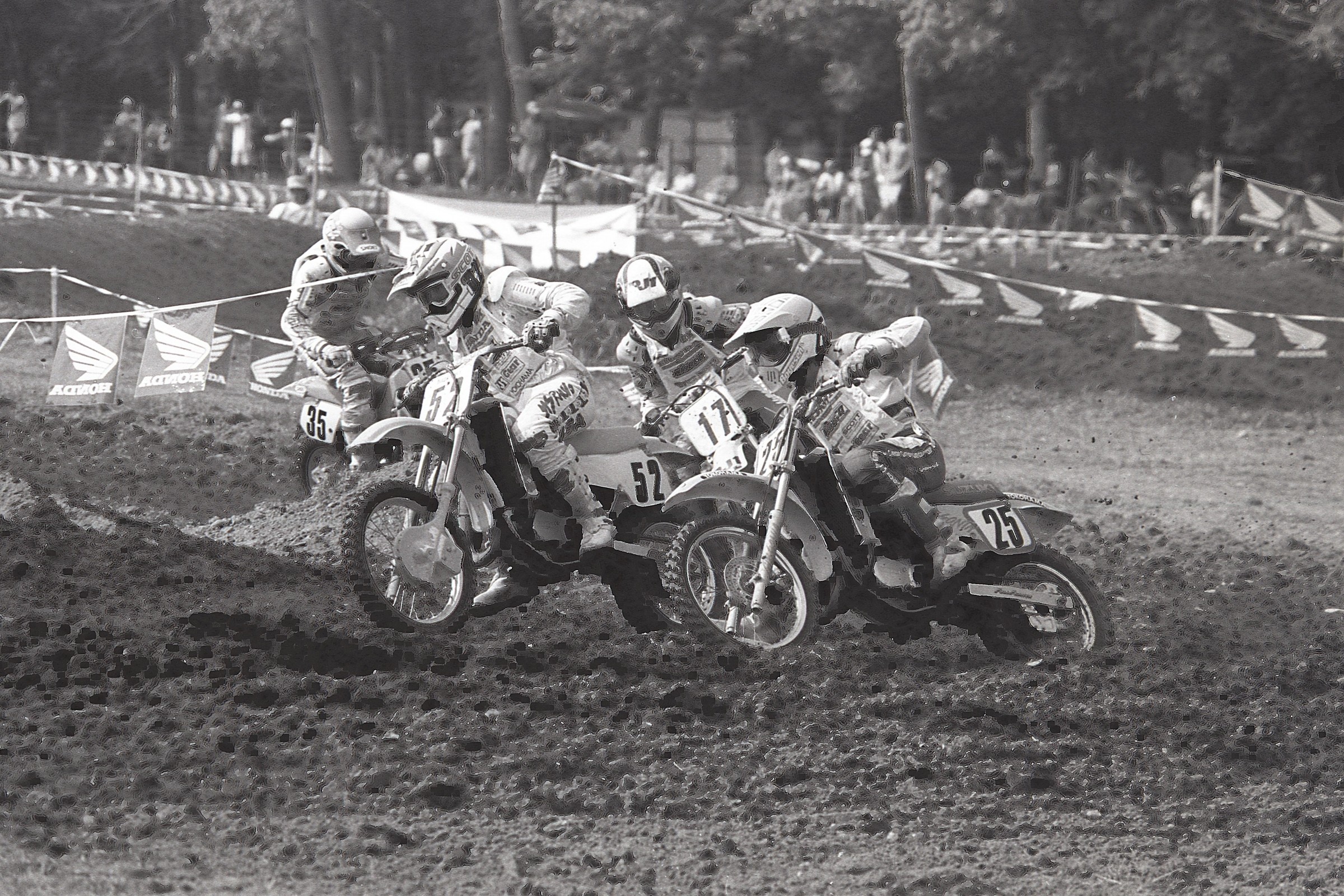 As we count down the 36 days until the start of the 2017 Rocky Mountain ATV/MC Loretta Lynn’s AMA Amateur National Motocross Championship, we are going to look back at each year in the history of the event. Today we look back at 1990.

My first trip to Hurricane Mills was the summer of 1990. I was riding the 85cc 14-15 class and just starting to post some decent finishes as an amateur racer. I had been to Ponca City, Mammoth, the GNC in Texas, and all the big West Coast races, but Loretta’s is something special. The things that stick out to me are the crushing humidity, the inevitable rain, and the great time I had swimming in the creek and riding bicycles and scooters around with my buddies. Oh, there was racing too! The three-moto format is something that took some getting used to. I actually like it because it rewards a consistent rider rather than some putty head that pulls a holeshot and hangs on for the ride of his life. It also gives you one more chance to have a mechanical or a big crash that can take you out of the running. Sometimes it happens to the other guy and you come out looking like a genius.

In 1990, I was the guy struggling with mechanical gremlins. My dad was a great mechanic and he was meticulous with my bikes. There might have been faster bikes there, but there wasn’t one that was prepped better. Yet early on in one of my motos my bike started to bog and almost die out on the track. It would somehow clean itself out and start to run again, only to bog out a turn or two later. We tore the bike apart and changed every electrical piece with the help of the Suzuki support guys. It sounded good on the stand, but during my second moto it did the exact same thing. Once again we tore it down and this time we found a small wood chip stuck in my main jet. They might make for a good racing surface but when they plug your bike’s fuel supply intermittently those wood chips suck! I think I ended up fifth in the other class I raced.

Although I don’t recall seeing much of him, a young man among boys by the name of Ezra Lusk absolutely crushed the 85cc classes that year winning all six of his motos. He went on to do some pretty great things as a professional.

Highlights of other classes included 125 A, where Ryan Hughes outdueled Mike Brown for the title with a 2-1-1 over Brown’s 1-2-3. You might remember those two getting along fabulously while battling for the 125 National Championship as pros 13 years later? Also in that pack were Jeremy McGrath (fifth overall) and Doug Henry (seventh overall).

This was actually the only year Henry raced Loretta’s. Sometimes those NESC guys tend to just stay up north and do their own thing. He got fifth in his other class, 250 A. Hughes won that one again. Ryno was a bad dude as a Team Green rider. He beat Phil Lawrence and McGrath, who rounded out the 250 A podium and also many a Lake Havasu weekend five years later.

Here’s something crazy about Loretta’s at that time: Riders could hold what was called an AMA Pro-Am license and race pro races, but also Loretta’s in the A class. McGrath might have only grabbed fifth and third in his two classes, but a few months earlier he had already won a 125 Supercross in Las Vegas! MC wasn’t the best in the ruts and humidty of Tennessee, but he seemed to have a talent for supercross. Wonder how that worked out?