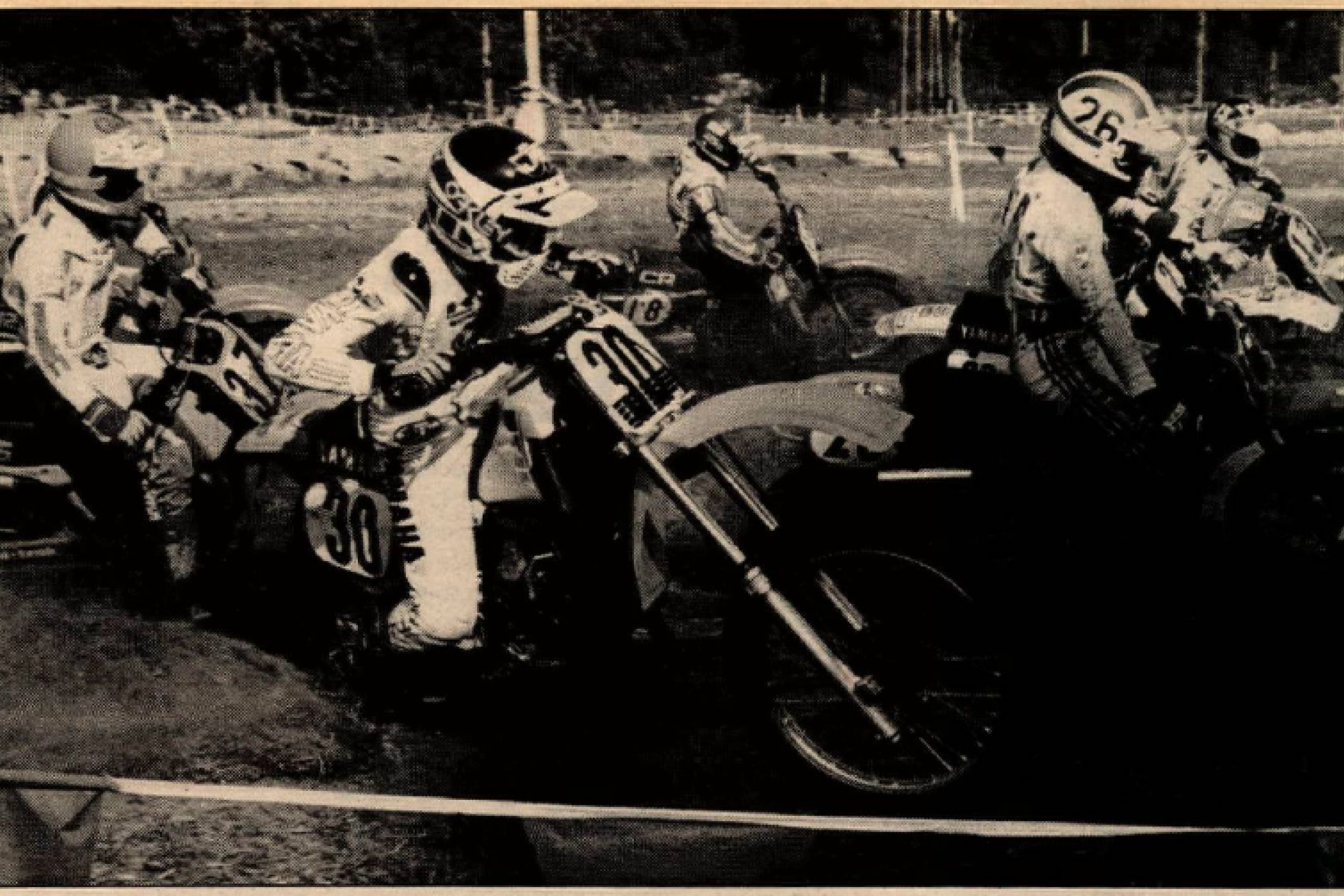 As we count down the 36 days until the start of the 2017 Rocky Mountain ATV/MC Loretta Lynn’s AMA Amateur National Motocross Championship, we are going to look back at each year in the history of the event. Today we look back at 1983.

There are lots of records that have come out of Loretta Lynn’s over the first 36 years of racing. Haines City, Florida’s, James Stewart won the last 21 motos in a row that he entered over four years. Before him, Kevin Windham won 18 motos in a row, over three years, to close out his amateur career. Kingsport, Tennessee’s, Kevin Walker has the all-time wins record with 14 AMA National Championships, all of them in the Vet class. The three Masterpool brothers—Jesse, Jake, and Ty—are the only three brothers to have all won Loretta Lynn’s titles. Gastonia, North Carolina’s, Gordon Bowden is the only Maico rider to have ever won a title—and he did it twice (1982 and ’83 Senior +40).

And there is one record going on right now: Bakersfield, California’s, Jett Reynolds has won both of his classes four years in row, something no one else has ever done, and something the Kawasaki Team Green rider can expand on in 2017.

There is one record, however, that will likely never be broken. Back in 1983, while the race was still in its infant stages, competitors were allowed to ride up to four classes, not just two. And an extremely fast and promising Yamaha support rider named Danny Storbeck took full advantage of the opportunity ahead of him. Storbeck, who hailed from San Antonio, Texas, showed up on YZ 125s and promptly swept the 125 A Modified and the 125cc (12-15) Schoolboy Stock and Modified classes. He also raced in the 125 A Stock Class, but had a crash in his last moto and finished 27th overall. The overall went to fellow Yamaha rider Keith Bowen from Michigan, with California’s Paul Denis placing second.

Yamaha actually had a banner year in 1983, as Bowen also won 250 A Stock, and Florida’s Kevin Foley won 250 A Modified and Open A. A young Jeff Stanton from Michigan outdueled Minnesota’s Donny Schmit and Ohio’s Fred Andrews in an incredible 100cc class, and both Ronnie Tichenor and Lisa Akin took home titles as well—Tichenor on his 80 and Akin in the Women’s division.

But Storbeck was the star that year, and he was no flash in the pan. The previous year he swept both of the 85cc Stock and Mod (14-15) classes, beating the likes of Team Green’s Denis and California’s Bob Moore, a future 125cc World Champion and the man who co-founded Road 2 Recovery. (Moore will be inducted into the AMA Motorcycle Hall of Fame on September 22 in Columbus, Ohio.) After winning five of six titles in 1982-’83, Storbeck turned pro in 1984, and over the next half-dozen years pulled down several top-five national finishes, including fifth at the 1989 Gatorback 250 National. Unfortunately people wouldn’t remember him for that finish, but rather an unknowing collision in practice with Team Honda’s Rick Johnson that left the latter with a broken wrist. By the end of that summer Storbeck decided to call it quits.

One year after Storbeck’s triple win, the AMA and MX Sports reformatted the event so that riders could only race in two classes in the Finals. As a result, no one has ever been able to match Storbeck’s three AMA National Championships in one year, just as no one will ever match Jean-Michel Bayle’s 1991 season in which he won AMA Supercross, 250 Pro Motocross, and the soon-to-be-obsolete 500 Pro Motocross.