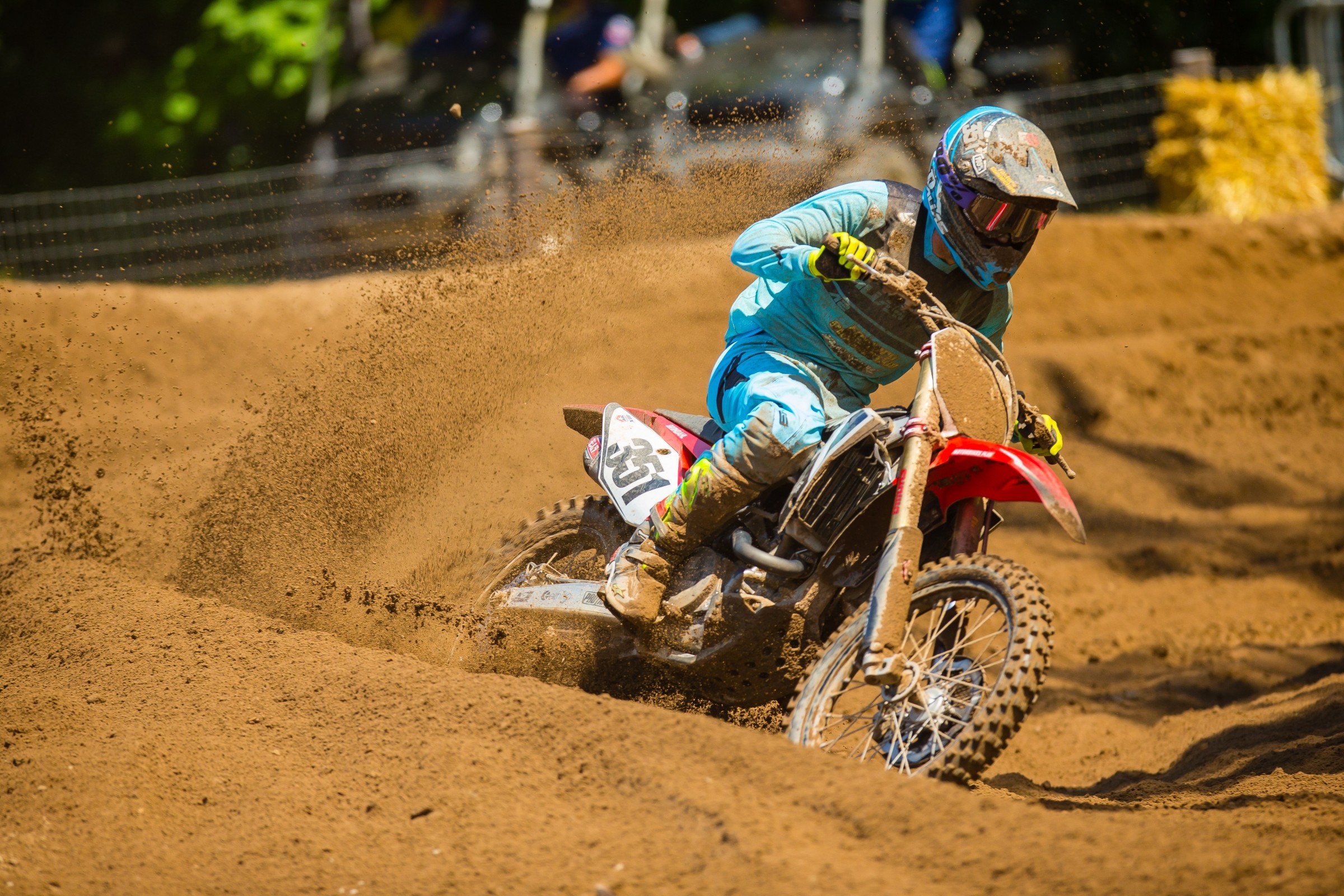 Even if you’ve never heard of Eric Grondahl as a racer, you’ve definitely seen his work every spring when you browse websites to pick out your fresh set of gear for the summer. You’ve seen his work because Eric designs all the gear for Alias, the gear company that jumped onto the scene in 2011 and immediately became the gear provider for the GEICO Honda team.

Eric has been helping the design team at Alias since 2014 by pitching different colorways and designs to them. Then in 2015, he got the opportunity he had been waiting for, to design complete sets of gear. At the end of 2015 his Alias A2 Bars and A2 Divide combos released, and as the sets started to hit shelves, Eric’s nerves began to rise. “I was super nervous at first because I was worried about how they would sell compared to our other ones, but they turned out to sell really well,” he explained. “So, they've given me a few designs each year and now in 2017, Spring and beyond, all designs are done by me. We always tweak them as a team though so it's always a team effort too. It's not just what I decide is right.”

Though Eric’s ability to design can definitely stand on its own now, the opportunity to become a full-time designer might not have been possible without his dad, Mike Grondahl. Mike is the founder of Planet Fitness and luckily for all of us he loves dirt bikes. He used to ride back in the day and even held his pro card at one point. He has invested heavily into the sport by buying Alias, and also The Nest training compound in Florida from Ryan Villopoto. Several top pros use that place train during the week. Mike Grondahl also played a key role in reviving Southwick and getting it back on the Lucas Oil Pro Motocross schedule.

I asked Eric how he felt when his dad told him he bought a gear company. “I was so pumped!” he said. “I knew then exactly what I ultimately wanted to do with my life. It's crazy to see it go from my computer screen and onto the GEICO Honda guys and thousands of riders around the country. It's funny though because now when I look back at some of my first designs I'm like, ‘Ah man I could've done so much better!’ But that's all part of it! I've learned a lot since my first few sets that have been released.”

Learning is something Eric seems to be pretty good at. Even though designing has been a dream of his for some time, he is completely self-taught. He’s picked up a few tips and tricks from other gear designers along the way, but a lot of what Eric has learned has come through trial and error. That includes knowing what kind of gear styles to stay away from. “There's always going to be something that you may like more than other people. The Red/Neon Green stuff back in 2015 didn't do as well as I thought it would. Some people really liked it and some people hated it. Now I know Christmas gear isn't popular! [Laughs]”

Since Eric has quite a few gear designs under his belt, I asked him to send me his five favorite designs that he has done so far. Take a look:

Right about now you’re probably thinking, “But Dan, this is Privateer Profile. Why are you featuring a gear designer on here?” Well, Eric just so happens to haul ass on a dirt bike as well.

Eric turned pro in 2015 and has qualified for several nationals, and this year he made the 250SX main event at Indianapolis, where he finished 16th. This past weekend Eric put in his best ride ever at a National, going 25-24 for 27th overall at Southwick. “I'm done racing full time now though,” Eric said. “I'm just doing these few Nationals for fun. I haven't been training or riding that much since I'm working so much for Alias. It was cool at Southwick though. I had Bruce Marada our rider support/international salesperson be my mechanic and I had my best results ever at a National.”

Now that Eric is phasing out the racing part of his career to focus on his work with Alias, his dad is leasing out The Nest to Jason Baker so it can continue to host some of the fastest riders in U.S. Eric isn’t totally giving up the idea of racing in the future though, so don’t be surprised if you see him pop up at a round or two of the Nationals in the upcoming years.