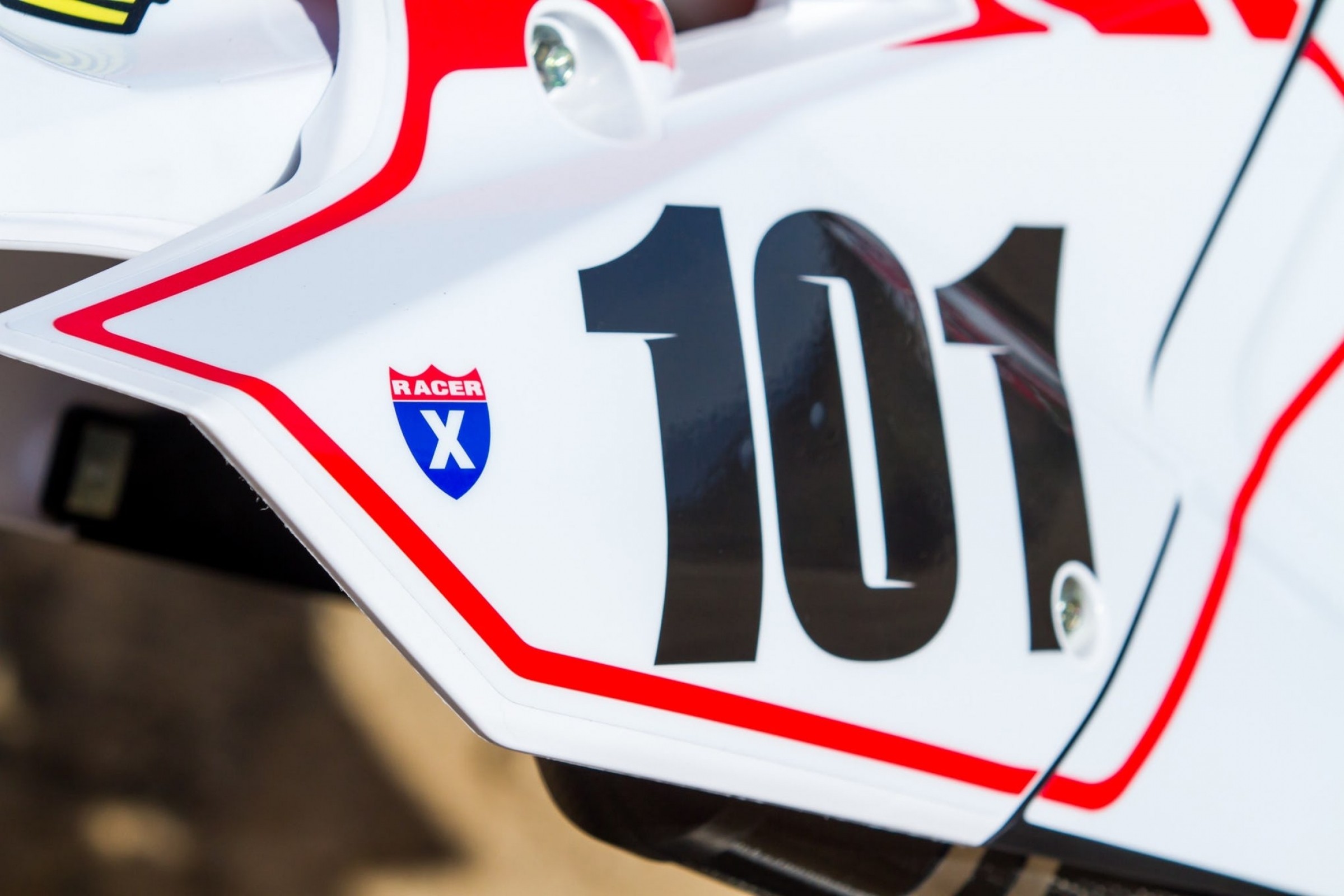 I just finished watching the Southwick National and have a question. The Southwick track has to have the fewest jumps of any national track, and the jumps that it does have are far from supercross obstacles. It looks like the track could remain unchanged for amateur level racing. I thought the racing was just as fun to watch as any other race so far this year, despite its lack of 150 footers. Why don't the other tracks follow this same format of old school natural MX? Having a layout that the locals can ride all year actually makes the racing better. How many times have we seen no-name locals show up near the top in qualifying? If other tracks followed suit, I predict we would see more of that type of thing.

Honestly, I couldn’t agree with you more. National motocross has taken a strange turn and seems to be trying to be more like supercross. I just want to tell motocross that it’s okay to be yourself … people like you for you. Natural terrain with hills, bumps, ruts, and off-camber sections are what make motocross fun and exciting to watch. One or two big jumps [as long as they are safely built] aren’t a problem but when you start putting in rhythm sections and one-lined chicanes in at Unadilla you’ve lost your way. Let supercross be supercross and stick to what makes you unique. The insecurity is finding its way to local tracks as well. Last year one of the best natural motocross tracks in the country, Mammoth Mountain, added a wall and section of whoops. Huh? That’s like George Strait putting out a hip hop album. And almost every local track in the country is now littered with massive jumps, whoops, and basic supercross obstacles. Maybe these track owners will realize they can still entertain fans with traditional track layouts and keep everybody safer in the process.

I just got out of a long term relationship and now I'm having a hard time moving on. There were signs our relationship was winding down, and then it became obvious during the supercross season. I knew it would be over soon. But when Golden Rod retired after the conclusion of the 2017 supercross season, he broke more than his contract with KTM… He broke my heart. That said, I wish him well in his future endeavors. It wasn't me; all good things come to an end (that's what I keep telling myself). No doubt we'll all see Ryan Dungey up to good in the sport sometime soon. But where does that leave me now? I'm lost in a sea of riders. It's been so long since I've been 'on the market.' I don't remember how to date anymore. I don't know what kind of new man I want to let in my life. It can't be just any 'ol rider!

Watching the 2017 motocross series without a rider to cheer for is like counting sand on the beach. What's the point? I can't root for ET3 because a majority of his fans are really nothing more than RD haters in disguise. I haven't been able to get serious with Marvin because he, like so many others, is a mere mortal. Being stood up for a first date for an injured meniscus, sprained thumb, concussion, 'banged up' etc. etc. is simply exhausting.

I would appreciate any dating guidance or recommendations on how to move on after a breakup with the man of my dreams. I need purpose in moto life again. I don't want to be alone anymore.

I hear you. While the tattoo’d bro crowd thought Ryan Dungey was too vanilla, I think he was the best ambassador this sport has ever had. I don’t see a clear replacement, but there are some good guys out there you could easily start “dating,” if that’s the term you want to use. Dean Wilson has showed an incredible amount of tenacity over the years with his injuries and he found the podium for the first time in a long time last weekend. He’s also a good kid with a great sense of humor. Justin Bogle, though he sounds like he’s perpetually recovering from a bout of bronchitis, is a really good guy and a rider with a lot of potential. I’ve been pulling for him for the past couple years. You could also dip in the younger “High School” crowd and find a 250 rider you like. Zach Osborne is like the 22 year-old senior who is the starting quarterback for the varsity football team. He’s also a great guy and has many of the same traits as Dungey did. Adam Cianciarulo, Alex Martin, Jeremy Martin, and Shane McElrath are all young “hotties” who might be a good fit for you. Get back out there and start dating, bro.

Love the column, as always. Two questions for you:

1) What's your opinion on how long Trey Canard has until he hangs it up? I love the guy, think he is a great person and ambassador for the sport as well as a real badass on the bike when he is at his best. But let's be honest here, it's been a long time since he's been at his best, he's on a premier bike and he continues to rack up injuries.

2) Could someone please advise the podium guys in the post-race press conference on how to present themselves, their team and the sport professionally? All I see is a whole lot of uninterested nail biting (see: Jason Anderson) and nose picking (see also: Jason Anderson). If my business was sponsoring these guys and that is the press I saw I would not be a happy camper. I thought I read that supercross hired a specialist for this, do these guys just forget all that when outdoors comes along? And on that note, are all of the press conferences run using a 20 year old generator, some shoddy pop-up tent and the promoter's daughter's karaoke machine? Sure feels like it's time for MX Sports to scrape a couple bucks together and have a proper setup for these events.

I’ve always been a big fan of Trey Canard. His talent, combined with his personality and integrity make him one of my favorite riders in the sport. But his tendency to get hurt rivals Ben Townley and makes me just as sad. Of course it’s up to Trey to make the decision, but I hope he calls it before he’s so beat up he can’t function normally for the rest of his life. I know how my knees/shoulders/wrists feel and he’s probably got more scars and hardware than I do. When you’re 42 years old and you can’t play soccer with your kids because your knees swell up, you start to wonder if it was all worth it.

I’ve seen some pretty odd press conference behavior this year as well. Picking your nose, slouching, and acting like you don’t want to be there are really not acceptable at that level. I completely understand that those guys are tired and they have to put on a smile every weekend in there, but that’s part of the job. Motocross racers are young and teams do NOT make it a priority to train their guys in media relations. That is a mistake, without question. Shout out to Zach Osbourne for his press conference facial expressions last weekend. He looked like a Hillary Clinton super fan on election night. I haven’t laughed that hard in a long time … probably since the evening of November 8th.