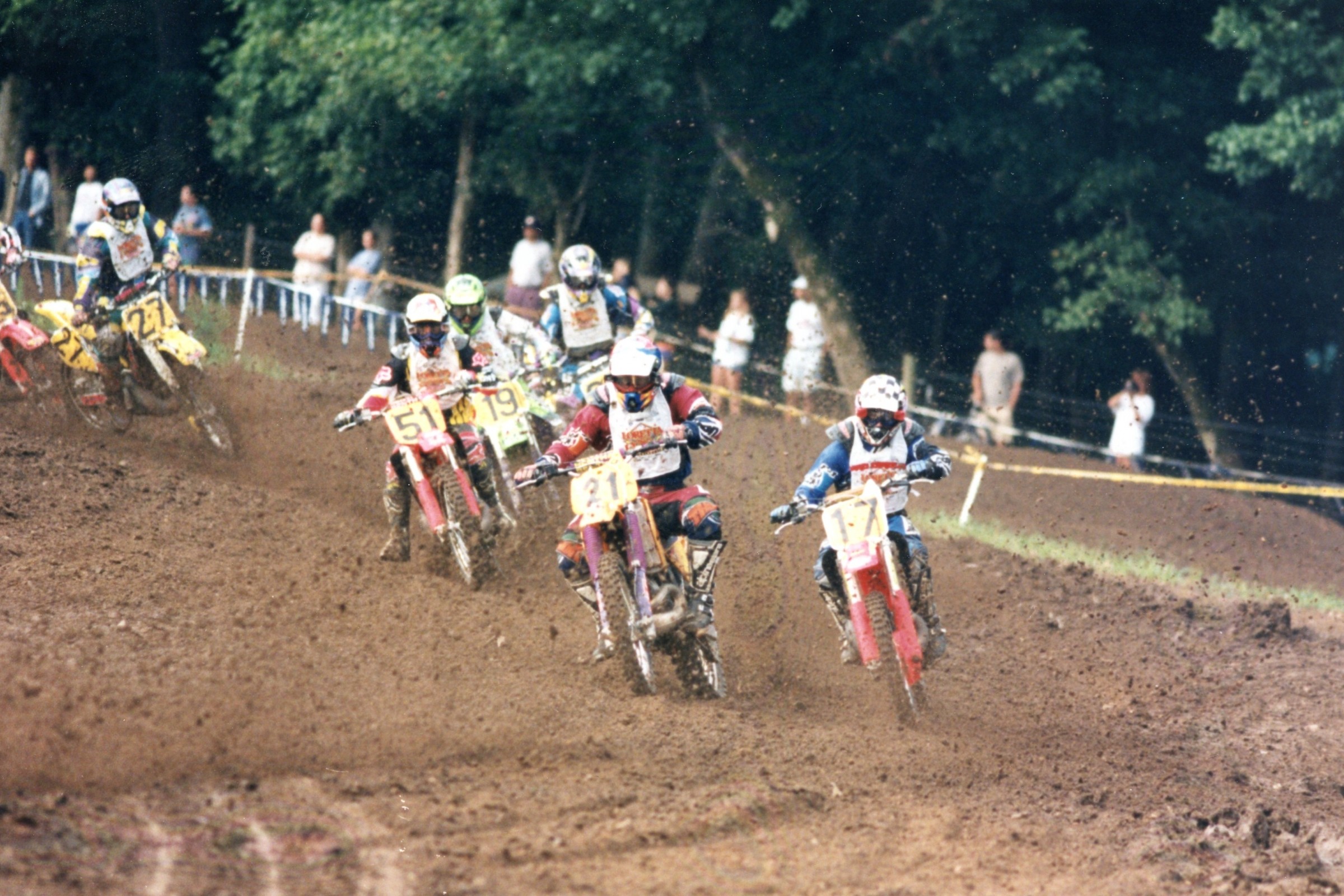 As we count down the 36 days until the start of the 2017 Rocky Mountain ATV/MC Loretta Lynn’s AMA Amateur National Motocross Championship, we are going to look back at each year in the history of the event. Today Jason Thomas looks back at 1996.

Nineteen-ninety-six was my last year racing the AMA Amateur National at Lorettas Lynn’s. Back then, Loretta’s was all that mattered. Sure, there was Ponca City, the Mini Olympics, Mammoth, and the like, but Loretta’s was the coup de grace. It was what I daydreamed about all year even if it was months and months away. It was considered the only major championship back then instead of the incredible amount of “titles” handed out these days. More importantly, 1996 was also lining up to be my best shot at actually winning.

Through the Area and Regional qualifying races, I raced all four of the B Stock and Modified classes (125 and 250). I ran through those like Sherman through Georgia (stay in school kids), winning every moto along the way and felt good about my chances that August. I knew I would face a few heavyweights in Nick Wey and Mark Burkhart, but AMA Ntional Championships aren’t supposed to come easy. I was always a better big bike rider so I decided to race the 250 B classes in hopes of my first title.

Once we arrived, things were going to plan. Practice was all good and I knew who I would need to beat. Burkhart was a holeshot machine and I knew that I would need to get out with him in each moto if I wanted to beat him. He had been running amuck that year, racking up wins all across the Northeast and Midwest. Following along the Cycle News results, he and Nick Wey were basically the people to beat if you were an amateur. Even the A class riders were unable to match pace when given a head start on staggered gates. They were both on the radar of factory supported pro teams, Nick Wey looking to join Mitch Payton’s Pro Circuit Kawasaki team and Burkhart tied to the Honda of Troy effort. They were the real deal.

In the 250 B Modified class, I was simply unable to match Burkhart’s impeccable starts and by the time I got to second place, he was a ghost. I made his life easy on him with my poor starts, giving him a moto sweep while I took three-straight seconds. As for Nick Wey, he didn’t race the 250 B Modified class against us, instead racing 125 Schoolboy (which he won), but he did face both Mark and I in the 250 B Stock class.  Nick got us, although we battled much more closely in that class. One of the motos we all finished within a couple seconds of each other, pushing hard for the entire race.

That was my last year at Loretta’s as I turned pro that fall and went directly into supercross that February. There was talk of staying down for another year on the Team Green program to race the A classes but when that didn’t materialize, I headed towards my dream of racing the big boys. As for Mark, he would spend a couple of years in the pros, but was never really able to make the next step. Nick Wey went on to a very successful career spanning nearly 20 years. Nick and I remain close friends to this day.

There was another rider from the B class who opened the door for us to win. Ricky Carmichael moved up from the B classes following Lake Whitney. He thoroughly punished me in Texas as I finished a lonely runner up. He then moved to the A class, and went to Loretta Lynn’s in 1996 for his final trip before racing the final two pro Nationals that season. As for his Loretta’s week, he would crash big in the first moto and struggle back to a 12th place finish in 125 A Stock. That would be his only folly, though, as he stormed to five more moto wins that week but with the 12th, he would only take home one title that final year. Something tells me his 15 pro titles give him some solace.

The A Modified classes hosted the likes of Casey Johnson, Chris Wheeler, and Charley Bogard. They were already racing the Pro class and Loretta’s was their last hurrah amongst the amateurs. Casey Johnson would go on to win several supercross races in his career and Chris Wheeler is currently the man behind Suzuki motocross in America.

We all have moved on and retired from our racing days, but found our way to stay in this sport. Mark Burkhart was a rep for several distribution companies, Nick Wey is a rider coach for several top racers, and I am entrenched with the Fly Racing brand. We have new goals and pressing concerns to deal with but you can bet that every August, a small part of us still gets butterflies thinking about that legendary ranch down in Tennessee.