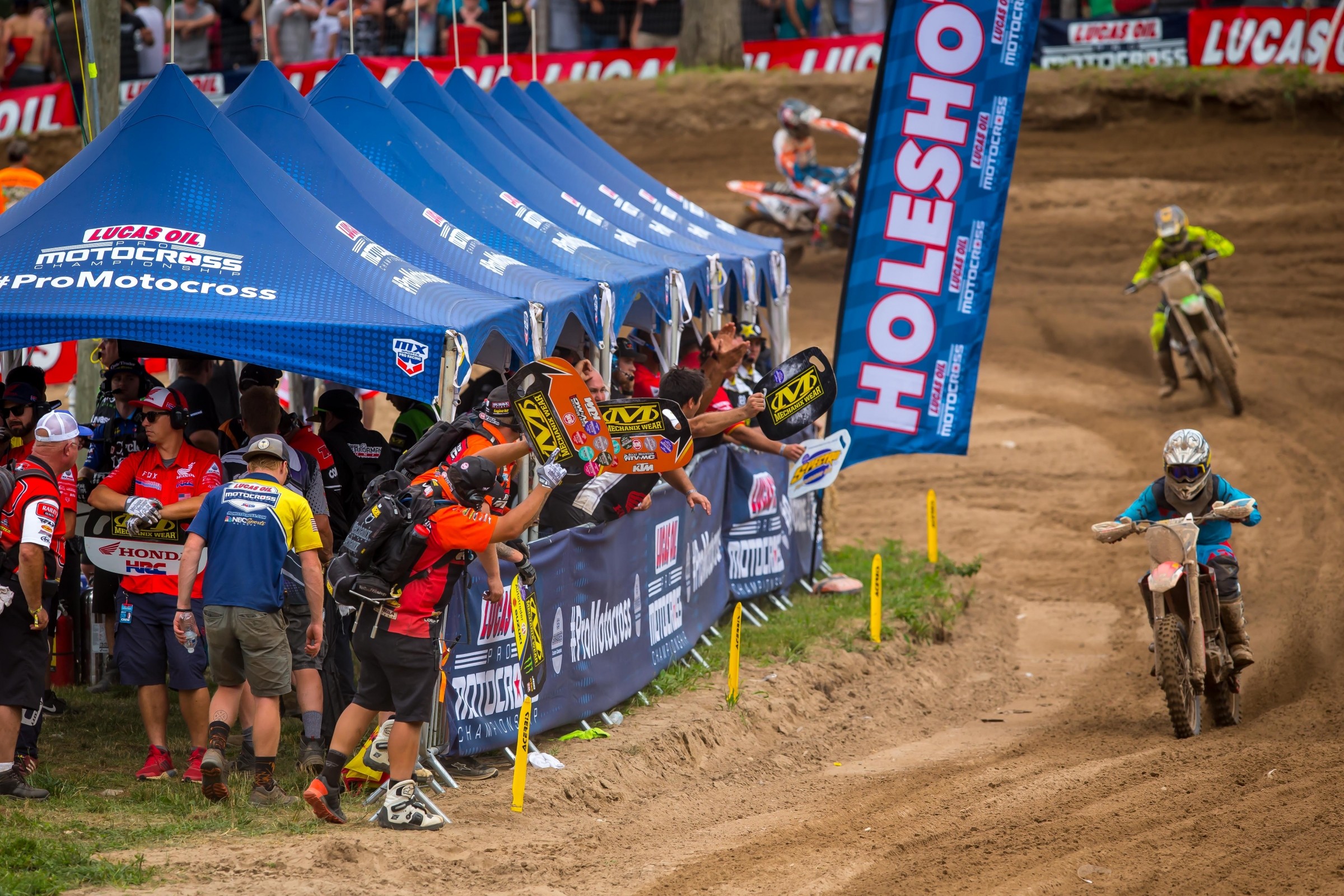 The 2017 Lucas Oil Pro Motocross Championship may have reached its halfway point at RedBud two weekends ago, but for the riders this week probably feels like the true halfway mark as they get a much needed weekend off before getting back to it in Millville, Minnesota

And just as we get to the midseason break things seem to have stabilized in both classes. Eli Tomac and Zach Osborne both won their classes at Southwick and extended their championship leads out to a comfortable 19 and 45 points respectively.

Southwick is a unique round on the Pro Motocross tour as it is really the only true sand track on the circuit. At the other rounds, the first practice session is usually the slower of the two as the tracks are tend to be a little soggy in the morning and the lines need to be cut into the track. Not at Southwick, though. This track gets rougher (and slower) in each session, so the fastest times almost always come from the first practice sessions and it can give the 450 B riders a huge advantage as they are the first ones on the track on Saturday.

In fact, this weekend Marvin Musquin and Dean Wilson were the only 450 riders in the top 20 to set their fast lap in the second session. Take a look at the combined qualifying times and note which session each rider locked in their fast lap.

Going into the season many pegged Tomac as the guy to beat and were wondering who, if anyone, would be able to challenge him. His 1-1 performance at Hangtown seemed to confirm a lot of preseason predictions, but then he fell into a slump going 9-5-4 at the next three rounds and losing the points lead.

Since High Point Tomac has regrouped and won three straight overalls and took five of the six possible moto wins as well. He now holds a 19-point lead over Blake Baggett, who is struggling with a thumb injury, and looks to have his season back on track. Is this the run Tomac needs to get his first premier class championship?

Osborne Not the Fastest?

Osborne is pretty clearly the best rider in the 250 Class this season. He has four overalls out of seven rounds so far and is rocking a 45 point lead. However, when we list out the fastest lap times at the beginning of this column, Osborne isn't always a lock to be in the top spot. In fact, he's often around the third or fourth fastest rider in the motos.

Out of 14 motos, Osborne set the fastest lap time in four of them, which isn't too bad. You can take a look at where his best times ranked in each moto this season, along with where he finished that race below.

If you are wondering which rider has set the most fastest laps this season it's Aaron Plessinger with six. He currently sits sixth in the points, 111 points behind Osborne.

Unleashing the most speed can certainly help you win a race, but it is just one of many factors that go into landing on the top spot of the podium at the event and at the end of the season. Osborne seems to have it figured out this year.