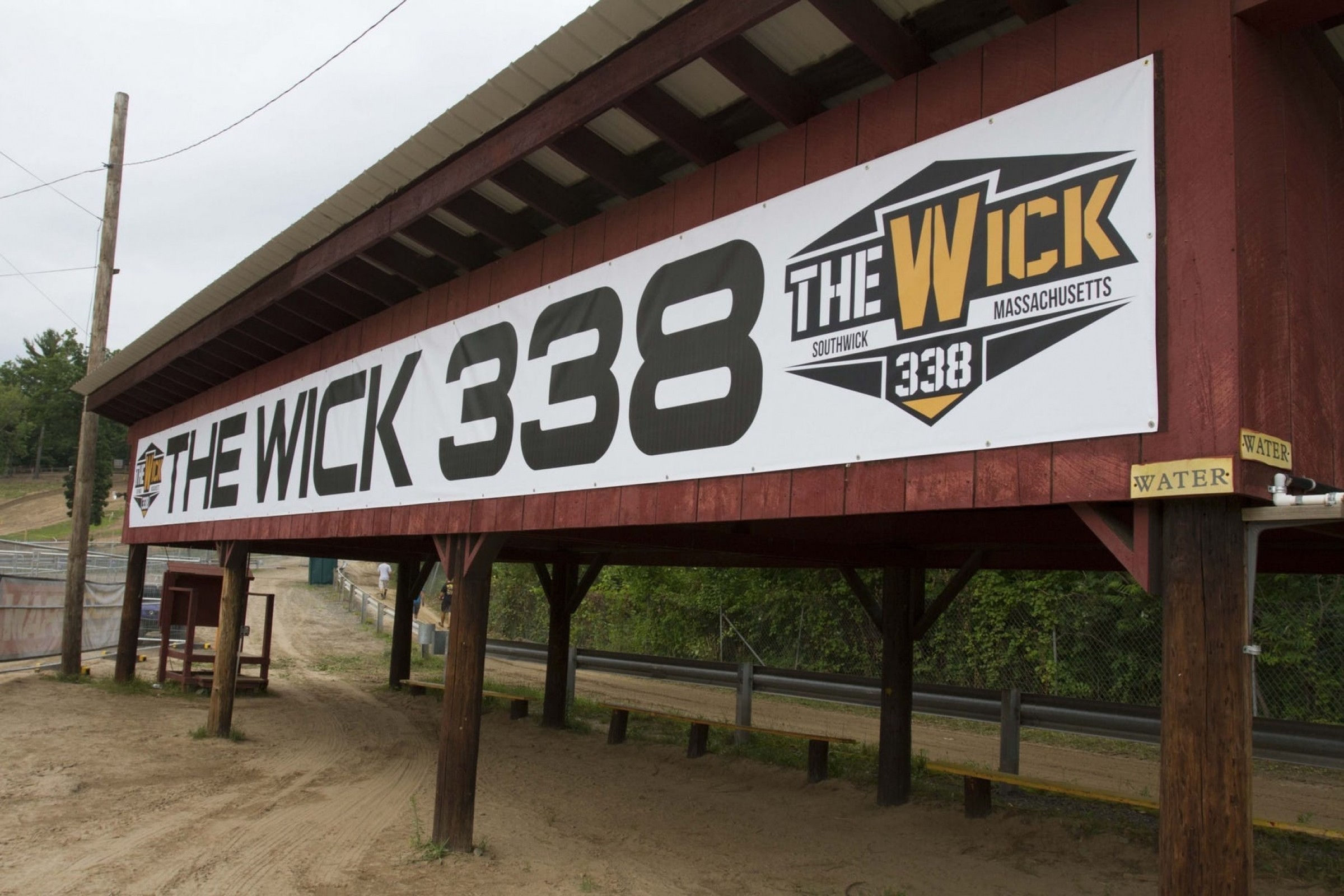 3 on 3 Questions for Southwick

Jason Thomas: My favorite Southwick moment was Weege and Fro [Jeff Emig] missing the start of the moto a few years ago. The race takes off and the leaders are barreling around the Southwick track in a first lap frenzy, meanwhile the broadcast team were previewing the moto and making small talk. I am sure that anyone and everyone were screaming at the TV in hopes that they could somehow hear them and know that the race was underway. For someone who is as great at this as I believe Jason Weigandt is, it was a reminder that we are all susceptible to mistakes. I am sure it's a moment he won't ever live down but years removed, it makes me laugh every time.

Steve Matthes: Where do you start? The memories of Southwick are plenty—I think Tim Ferry made the podium there once with me spinning the wrenches. Other than that, no rider I worked for (Danny Smith, Kelly Smith, Ty Birdwell, or Nick Wey) did much of anything there.

I remember one year telling Ferry that he better watch out for John Dowd there and he laughed and said that he could beat Dowd "with an eye patch on" so the next moto he's ahead of John for the whole race until a lap or two to go and he swaps out in front of mechanics’ area, hangs a left and goes straight into the banner which allowed Dowd to beat him. The next moto I colored half his goggles black and said, "Here's your eye patch goggles.”

Personally, I remember racing there the week before the National in '99 (remember when a bunch of pros would do that?) and either winning my class or doing pretty well (I'm a sand master) and I remember with the old start, the crowd yelling and screaming while staging the bikes before the moto as they seemed to be right on top of you.

David Pingree: I don’t have one great moment that stands out, but I do have good memories from there. Early in the day when it’s smooth you could literally leave a 125 pinned around the whole track. And when the track was unimaginably rough at the end of the day and you could find a way to double bumps or jump into a berm it was a cool feeling. Really every time the last moto was over was a good feeling. That place just beat the crap out of you. I remember having sand in my eyes for days afterward. My butt cheeks would be raw from the sand in my pants and every muscle in my body ached for days. I also met some very nice young ladies from the surrounding areas in my younger days, so, that was nice.

2.) Tell us a Southwick story?

Thomas: Southwick 2005 was one of the hottest races I have ever been to, raced in, or heard about. It was simply miserable as a heat wave set in bringing 100-plus degree temps and sweltering humidity. I remember finishing the first moto and not really knowing where I was. I laid under a hose until I regained my composure and everyone else seemed to be sharing my pain. Chad Reed and many others shaved their heads in between motos. New Mexico's Keith Johnson suffered heat exhaustion and was in bad shape for a while. The medic team covered him in ice bags in a desperate attempt to get his core body temperature under control. Most of the riders and even mechanics were forced to get IV bags after the race to replace fluids. I have been in dozens of hot races, and practice days in Florida are no joke, but that was one of the toughest days I have ever been through.

Matthes: This isn't great, but in 2005 Ferry was running third or fourth and he had a bad wrist so this was a very good moto for him that year. Red was always good at Southwick having grown up in Florida. So he's doing well, I'm happy and it's late in the race when his YZ450F just stopped. And it gave up at the furthest possible spot on the track at that. So off I go trudging over fences, through the crowd, over the banners to the far corner of the track up on top of the hill and he's gone, having already started his walk back. Turns out the spark plug wire from the aftermarket ignition was too tight and as the bike flexed, the wire inside the wire broke. I pushed the bike back a long time before a track worker hooked a tie-down up to pull me and my exhausted butt back. I felt bad for Ferry as he had been struggling and this was going to be a good moto; I felt like crap cause my bike broke and I was very tired pushing it back. It was right there and then—I'm serious—that I was done being a mechanic. I stopped at the end of the year. I couldn't handle anymore of these up and down emotions after 11 years.

Pingree: The first Southwick story that comes to mind is my first time there in 1995. I was riding for Mitch Payton’s Pro Circuit Kawasaki team and I kept hearing about how fast the locals were at this sand track. I hadn’t had any trouble qualifying all year so I wasn’t worried going into Southwick. Back then we didn’t have timed qualifying; you actually had to run a qualifying race to get into the motos. The start pad back then was made of asphalt and it had ruts in it! There were a few good, secret starting spots and tricks that only the locals knew and you had to watch them closely to pick things up. I went down on the first lap in the qualifier and I was scratching my head trying to figure out why I couldn’t pass guys I had never heard of. These local sand masters had the place wired and they were running lines I couldn’t even see. I can’t remember how many riders they took to the motos, but I wasn’t one of them. I was legitimately nervous as I waited on the gate for the start of the LCQ. Mitch wasn’t going to be happy if I couldn’t qualify. My start sucked and I was struggling again to pass guys like Tony Lorusso, Scott Carter, and Mike Treadwell—riders I hadn’t heard of all year. On the last lap I was still outside qualifying position and went into full banzai mode. I was either making it to the motos or swapping into the grandstands dramatically. Somehow I pulled it off and breathed a heavy sigh of relief. I looked at The Vault and apparently I ended up eighth overall that day. I don’t remember that, but I remember that LCQ.

3.) Who's the favorite in each class in the sand?

Thomas: For the 250 Class, this is a toss up. There are several riders who excel in these conditions. Zach Osborne will be right at home in the sand as his years in the GPs lend experience to the fold. Both Alex and Jeremy Martin grew up in the sands of Minnesota and always bring the heat to New England. Those are your top three in points so it's no surprise that they will be the favorites on Saturday, but rightfully so. This track suits all three of them so look for a dogfight.

In the 450 Class, I think this will be the Eli Tomac show. With Blake Baggett suffering an undisclosed thumb injury and Tomac's dominating performance in the Southwick sands last year, this could be a great opportunity to rack up 50 points and put a real gap into Baggett's points deficit.

Matthes: The favorites are Tomac and Osborne—duh. But let me talk about the underdogs and that would be Dylan Ferrandis because you don't do well in the GPs without being good in the sand even though French riders aren't known for being awesome sand riders. And in the 450 Class, let's go with Dean Wilson because I think I remember him being very good at The Wick back in the day in the 250 Class.

Pingree: I don’t think the sand is going to change the running order up front at the moment. The usual suspects will continue to run up front.

Who's the favorite to win Southwick in the 450 Class?

Who's the favorite to win Southwick in the 250 Class?