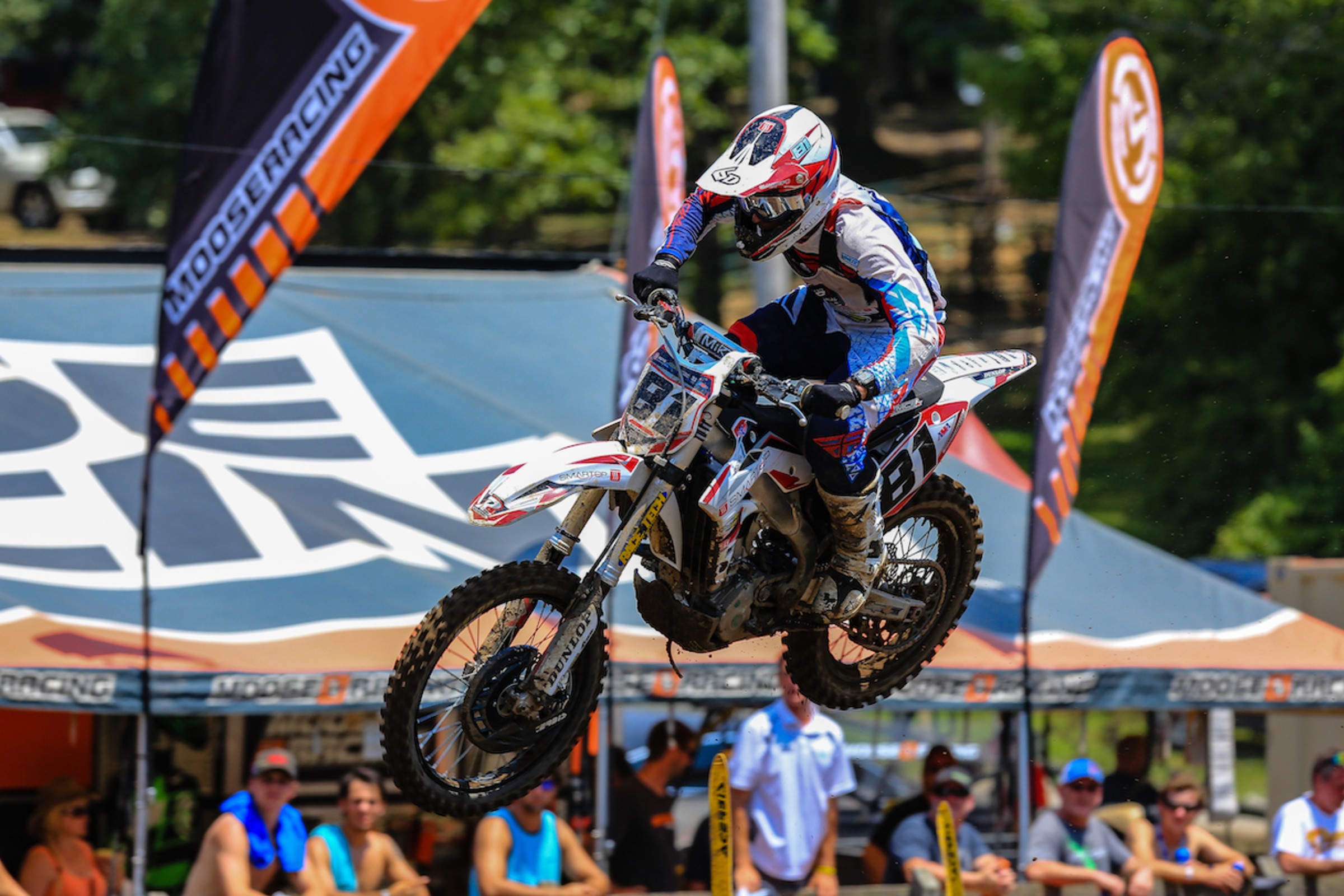 Today, another rags-to-riches tale from Loretta’s, and this one doesn’t even involve a moto win or a championship. However, simply going fast and running with the big names was enough to build a name for Cameron McAdoo, and the resulting support helped launch him into the pro ranks.

It hasn’t been easy for McAdoo since, but because he went through the grind at the amateur ranks, he’s learned not to panic. Even earlier this summer, when his supercross-only deal with GEICO Honda expired, he wasn't really worried, because his amateur career taught him good things will come to those who work. Then the Troy Lee Designs/Red Bull KTM team called with an offer. Since then, McAdoo is putting in the best Lucas Oil Pro Motocross rides of this career.

It's not the first time he's turned nothing into something.

"I’d say my best Loretta’s moto was my first moto in 2016,” says McAdoo. “I had never finished on the podium, in fact, my best moto until that time was probably 15th. I came in with a broken shoulder and two broken ribs, and I got second in 250 A. The first moto, I battled with Chase Sexton and a lot of the top guys. So that was my favorite moto.”

What changed that year?

“I worked my butt off!” he said. “I worked really hard. I had been working at it for several years, but when it starts coming together for you, it comes quick.

“For me, it was really never serious until I was 16 in 2014. I moved to ClubMX in South Carolina, but it didn’t even come immediately then. I did better in 2014, then in 2015 I was hurt. I was going faster, but you can go as fast as you want in the off season, but if Loretta’s comes around and you’re hurt, you’re nobody.”

Oddly enough, this “nobody” is the one who actually got the attention of perhaps the most famous family in amateur racing history. McAdoo was training at ClubMX and caught the eye of Mike Alessi, who was also riding there, as well as fellow Iowa native Justin Brayton, who also rode at Club. Alessi told his dad Tony that McAdoo had legit skills, so Tony decided to leave the MotoConcepts Racing truck at Daytona to help McAdoo for the Ricky Carmichael Daytona Amateur Supercross. They stuck some MCR Graphics on McAdoo’s bike, and he went out and pulled a bunch of holeshots and battled superstar Austin Forkner for moto wins. Tony then told team owner Mike Genova about McAdoo, and briefly, the MCR squad started building an amateur and 250 pro wing to help McAdoo develop.

“Mike Genova didn’t have to have a 250 team or an amateur team at all, but he did it, honestly, because he knew I needed something," McAdoo says. "At Loretta’s, it was great to have Tony there. He was good, he knew all about that place. He had so much advice. Definitely Tony was a big help.”

McAdoo had hurt himself again right before Loretta’s, but despite riding in pain he pulled more starts and battled hard all week. He took third overall in 250 A behind Bradley Taft and Chase Sexton, and fourth overall in Open Pro Sport behind Sexton, Sean Cantrell, and Michael Mosiman.

The biggest lesson for McAdoo? Don’t give up. Since turning pro he’s found himself without a ride a few times, but he’s never too worried because his amateur career told him that if you just keep working, good things will come.

“What I learned was, after Vegas this year, I had nothing,” he said. “My deal with was up. I just knew, trust the process. It’s worked out before, and it will work about again. It always will if you just keep working hard.”