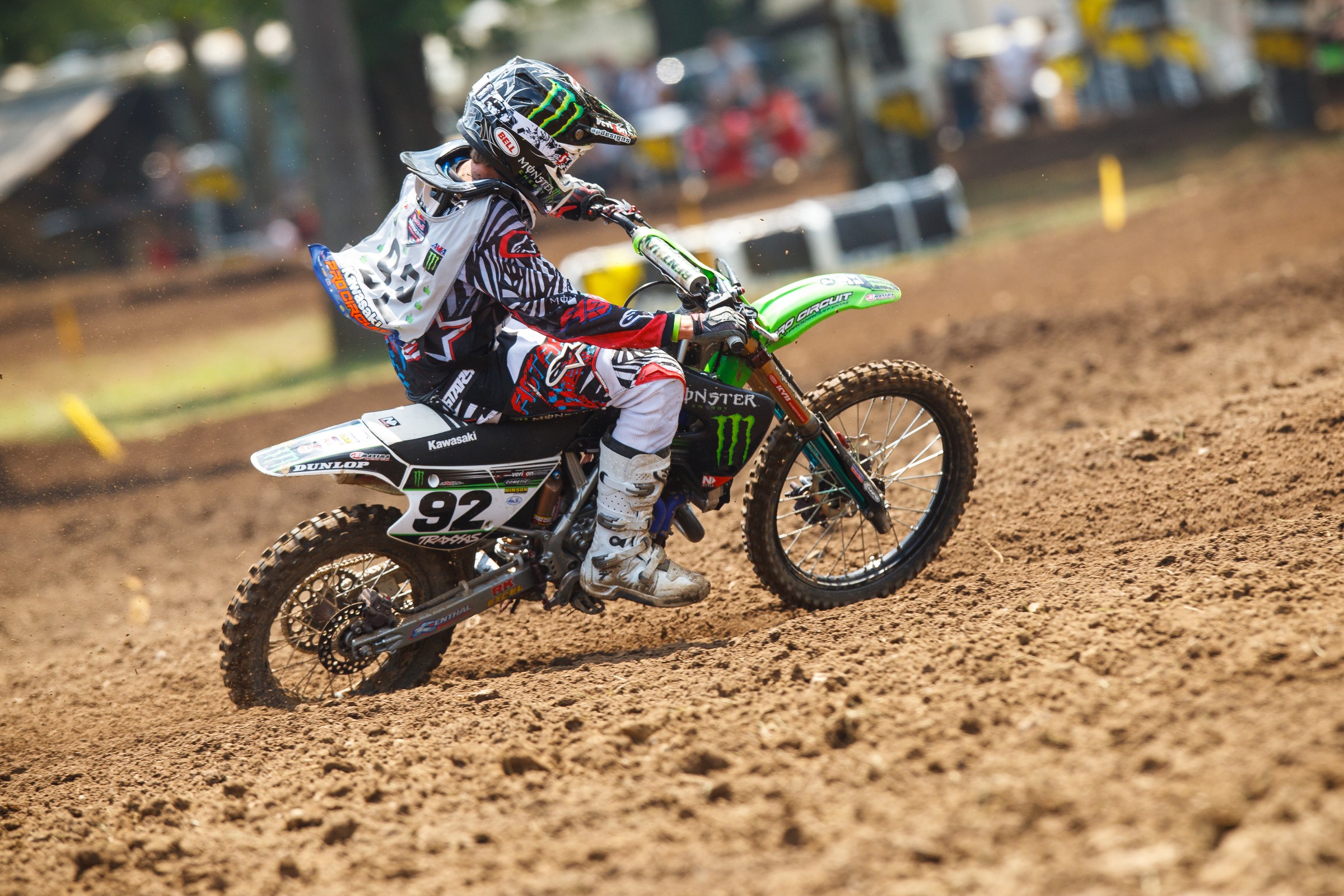 Current AMA 250 Class points leader Adam Cianciarulo was enjoying his off-weekend from the Lucas Oil AMA Pro Motocross Championship when we tracked him down.

“Man, I was just chilling here by myself, thinking I need to book a tee time or something,” said the Monster Energy/Pro Circuit Kawasaki rider from Florida. “I did go to a concert on Wednesday—I have some friends in a band called State Champs—and the drummer actually rides. He comes to Unadilla every year.”

Cianciarulo has been leading the 2019 points since opening day as he hopes to win what would be his first professional championship. But as a kid he earned plenty of titles. As a matter of fact, he won more AMA Amateur National Championships on minicycles—eleven in all—than any rider in the 37-year history of Loretta Lynn’s. Needless to say, he has a lot of successful motos to pick from.

“I was reading Nick [Wey’s] and Zach [Osborne’s] favorite motos and I was sitting here trying to think of what mine would be, but it’s funny how in this sport you’re always just thinking ahead and that was always me as an amateur—I was just always focused on what was next,” said Cianciarulo. “But I think that one thing that really that pops at me—my biggest memory of racing at Loretta Lynn’s as a kid—wasn’t even on the track. It was jumping off the cliff into the creek! The first time we went there was 2002 and I think I was five years old, and an older buddy of mine took me to the top of that thing and I jumped. Everyone thought it was super cool because I was such a little guy jumping off the cliff. From that time on, it was like Loretta’s was the fun spot for me.

“Now I know that you’re not allowed to jump from there anymore, so don’t you kids reading this even think about it!”

“As far as racing goes, I do think one of best memories from the races there—and I do have a lot—it was my first year that I was actually good enough and in a position to win a championship there,” he continued. “It was 2003 and I was racing in the 50cc four-to-six class. I was on my little Cobra and I had won the first moto but then something happened to me in the second moto—I must have had a crash or something. I won the third moto, but I lost the championship because of that bad second moto. I lost by one point, but it was to my best friend at the time, Dalton Myers, who I just spent a crazy amount of time with.

“Looking back now, I was probably pretty bummed at the time, but now I am so grateful that’s what happened, because Dalton passed away unexpectedly in 2015,” added Cianciarulo. “I just remember seeing how much it meant to him, how much it meant to his family, and all of their sacrifices and all of their hard work that they put into it to get there and seeing it all pay off.

“Again, at the time, I was probably pretty bummed, but looking back now, I wouldn’t have changed those results for the world,” concluded Adam. “I will always remember Dalton Myers winning that race. That’s my best memory from Loretta Lynn’s.”