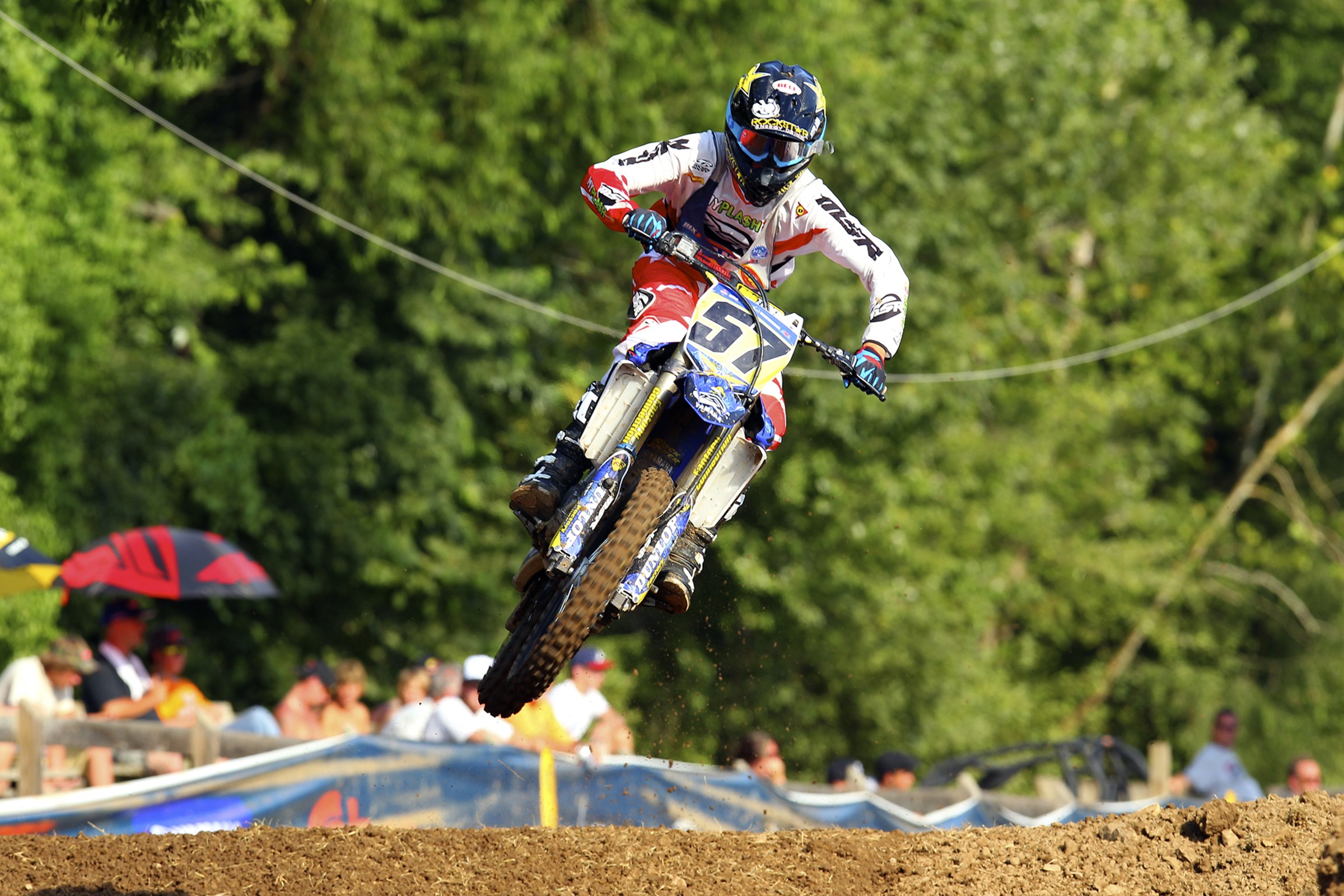 Aaron Plessinger, the 2018 Monster Energy AMA Supercross 250SX West Region Champion and 2018 Lucas Oil 250 Class Pro Motocross Champion, has always maintained that he never expected to make it in motocross and supercross. His father is multi-time Grand National Cross Country and National Hare Scrambles Champion Scott Plessinger, so while young Aaron did show speed on the moto track, he expected to follow his dad’s path into the woods. For a long time, Aaron did both, winning GNCC Youth Events while also scoring the occasional moto podium at Loretta’s.

That all changed in 2013, when Aaron took a massive leap.

“Yeah, my favorite moto,” he began his story, sitting inside the Monster Energy Yamaha Factory Racing team semi while taking a razzing from his current teammate Justin Barcia. “I remember it well, it was about four in the afternoon, it was 450 B stock, and I think I drew gate 42. I was all the way to the outside, but I got a semi-good start. I passed everybody in the first two laps, and I was gone. I remember feeling so comfortable on my Yamaha YZ450F. I was going three-three-quad out in the Ten Commandments. It was so sick!

“That was my first moto of the week, and it helped me step my game up for the rest of the week,” he continued. “I felt good coming in, but it was still a bit of a surprise for me. Gosh, I mean, the only moto I had ever won there until that point was on a 50.”

What about that 50cc moto? Does AP remember anything from that?

“Nothing. Nothing at all,” he said. “Wait, I remember walking around the pits after that moto asking for free stuff! I think they gave me some stickers.”

The previous year at Loretta’s, competing in the Schoolboy divisions, Plessinger managed a third in a moto but then suffered a series of DNFs. He had never finished in the top three overall at the event until 2013, when he won both the 250 B and 450 B Limited Championships.

“That was the first year I went to Matt Walker's’” Aaron explained. “I think he saw something in me, and just pushed me as hard as I could go.”

One thing Aaron could always do—thanks to tutelage from his dad and a lot of experience racing GNCC—was ride the mud. He locked in some confidence while winning early races in the dry, and when rain came later in the week, he knew he would be able to seal the deal.

“Two of the 250 motos were pretty muddy, and I remember the third moto was really muddy,” Plessinger recalled. “But the 450 B Stock moto, that was dry. Me and Jordon Smith were out there battling. He was probably the favorite, and I scored the upset. There was a moto where I was putting some pressure on him, and we went into the Ten Commandments and he crashed. I was the underdog, man!”

As for off-the-track fun, Aaron had his fair share.

“Loretta’s is definitely fun off the track,” he said. “I burned countless hours and many tanks of gas down there on a pit bike and in golf carts."

That’s when Plessinger decided it was time to be honest.

“I was chasing chicks in a golf cart,” he said with a laugh. From there, his current Monster Energy Yamaha teammate Justin Barcia chimes in.

“That was the goal,” said Barcia. “Win motos then chase chicks in a golf cart.”

That was a solid life plan for Barcia, who won at Loretta’s all the time, but for Plessinger, his situation was different.

“Yeah, but I was never the top guy,” Plessinger explained. “And then in 2013 when I started to win, I had a girlfriend at the time!”