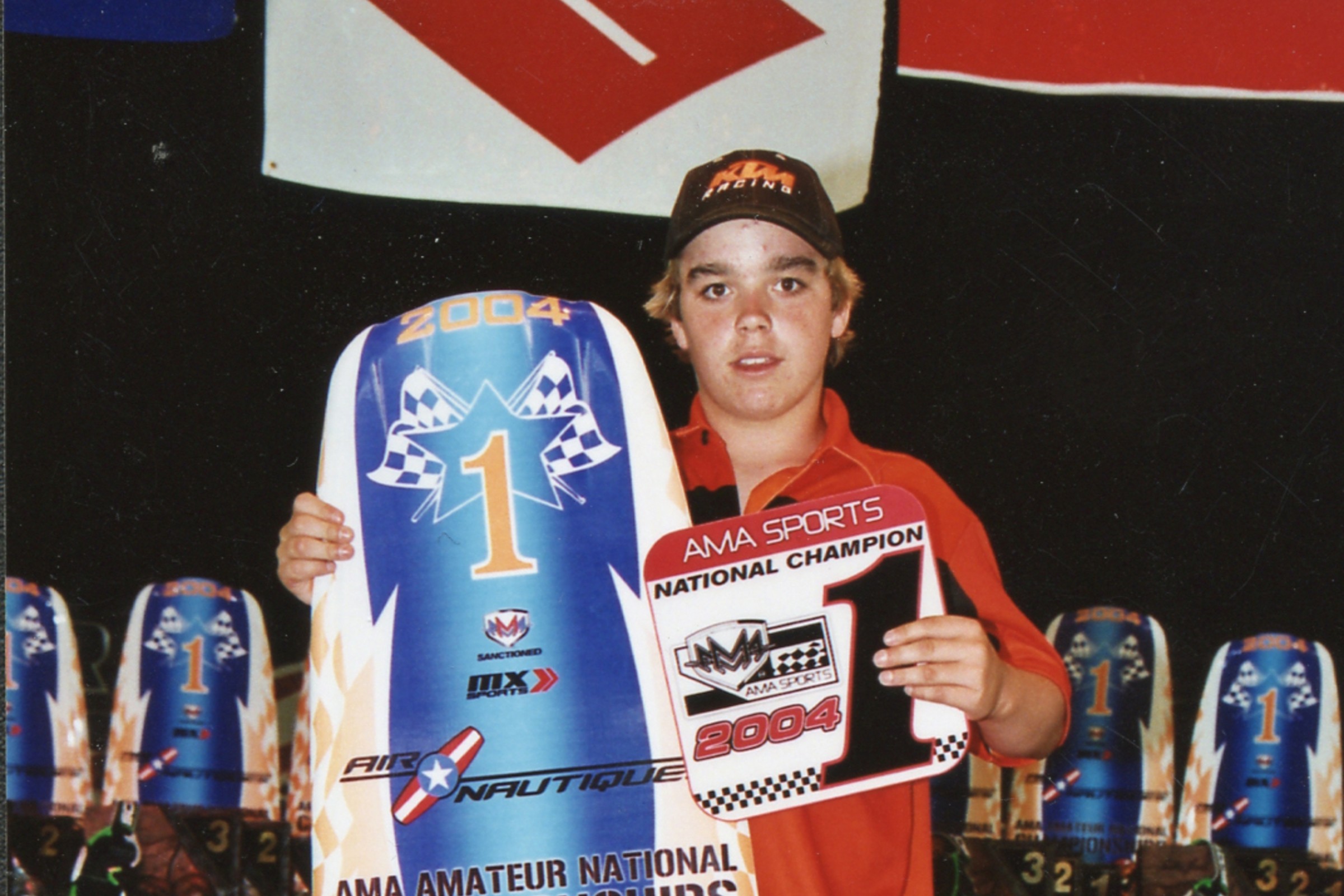 In 2004, Zach Osborne, future AMA 250SX and 250 Class Champion, Team USA member, Grand Prix winner, and current Rockstar Energy Husqvarna factory rider, won his one and only AMA Amateur National Championship at Loretta Lynn’s Ranch. Osborne went 1-1-1 to win the 85cc (14-15) Modified class in a field that included Ryan Dungey, Ryan Villopoto, Phil Nicoletti, Darryn Durham, and more. But none of those three motos count as Zach’s favorite moto from his time at Loretta Lynn’s. Instead, it was the last moto of a class he lost that year, the 105cc Super-Mini.

“I won the first moto in Super-Mini but then I had a crash in the second moto and I ended up ninth,” recalls Osborne, who hails from Abingdon, Virginia. “Our third moto was the last moto of the week and we really had nothing to lose, so I went out there and was able to ride to what I felt was my true potential.”

Osborne topped Florida’s Michael Piccone and Texan Matt Lemoine in that final moto, with fourth-place going to a young Suzuki rider named Ryan Dungey. And a little further back came Hunter Hewitt, the son of the man who now owns the Rockstar Husqvarna team that Osborne currently races for.

“It was one of the few motos at Loretta’s where I remember just really enjoying the riding,” added Zach. “I was in my second year as a KTM factory minicycle rider, so there was always a lot of stress and pressure, with high expectations for a kid. I was able to just go out there and win it handily. I just really enjoyed that moto and got to take in the moment. I mean, there were some quality kids in that class who turned into some good pros, like Dungey, Cole Seely and more.”

As one of KTM’s first factory minicycle riders, Osborne was instrumental in the testing and development of the new models, and he recalls that ’04 bike as being “just a really good platform, very competitive and a lot of fun to ride. It was really cool to have input like that, and just learning what it takes to dial in a bike was too.”

But it was what he learned in losing motos and titles at the ranch that Osborne says proved really beneficial to his long-term career.

“I have a ton of seconds from Loretta Lynn’s, and a ton of should-have-wons, but just that one title, because it was always just a tough race for me,” he admits. “I don’t really know why, but I just struggled there to make it happen every year. I always tell my wife that Loretta Lynn’s is a race that I would like revenge on some day, like maybe the +25 class some day! With three motos and all the competition that goes there, it’s just always been a really tough race to win.”

Note: The main image for this post of Osborne with the championship gear was for the class that Osborne won his championship that year, the 85cc (14-15) Mod class.