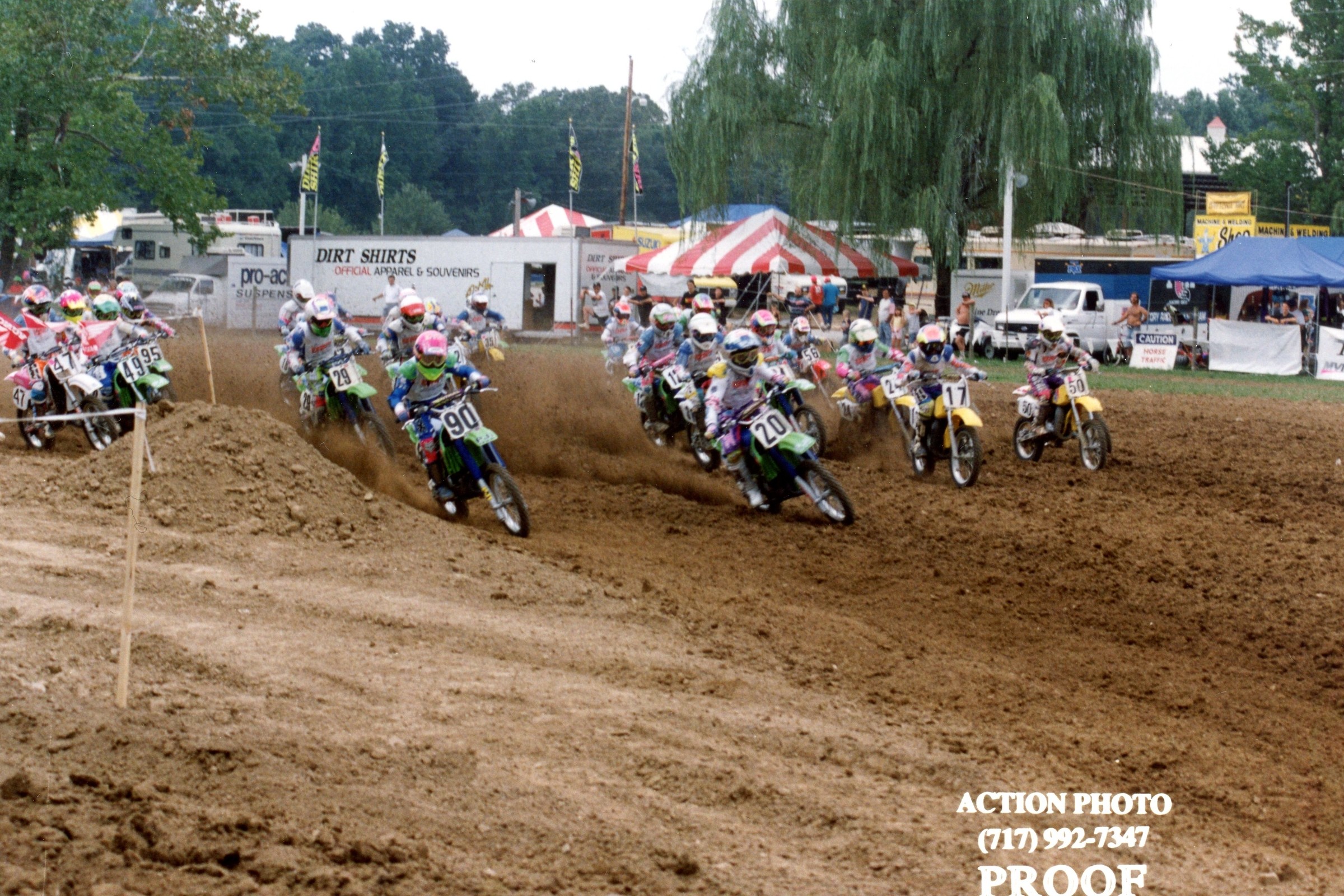 There was a time in Loretta Lynn’s history when Dewitt, Michigan’s Nick Wey was the winningest amateur of all. The Kawasaki Team Green rider racked up eight championships at the Ranch between 1992 and his “amateur graduation” year of 1998, when he stepped right into a professional ride with Mitch Payton’s Pro Circuit Kawasaki team. But when we asked Nick which of his many moto wins at Loretta Lynn’s was his favorite, he remembers the third and final moto of the ’92 85cc (7-11) Stock class, his first title at the ranch.

“I had a lot of memorable times at Loretta’s, but I think the most meaningful to me was 1992,” said Wey, recalling the day years later. “The first couple of times we had been to Loretta’s before that I had been pretty competitive, leading some motos even, but not necessarily having the consistency you need to win the overall. Still, I was able to do well enough to get a sponsorship from Team Green, so I had a little more weight on my shoulders. I mean, I came from a small town and all I really knew about the motocross world was what I read in Cycle News every week when it came, and I started to realize that I really needed to do well at Loretta Lynn’s so I could prove to everyone that I deserved this ride.”

“There was another kid from Michigan at the time named Chris Considine and we grew up racing together and were always battling, but he was usually a little better than me,” he continued. “He and I split the first two motos—he was 1-2 and I was at 2-1—so the third moto meant everything. I had been going to Loretta’s since I was on a 50, so I really wanted to beat him, and I did. It really gave me a lot of self-confidence because I knew after that that if I put my mind to doing something, I could do it.”

Chris Considine wasn’t the only fast kid out there racing with Wey. As a matter of fact, after Considine crashed out of that last moto, second-place was a kid from Maryland you may have heard of: Travis Pastrana. Third went to yet another fast, young Michigan Mafia product, Randy Valade, and further down in the results were Justin Buckelew, Josh Woods, Matt Walker, Johnny Marley, Jeff Gibson, Paul Carpenter, Billy Payne and, future 125SX East Region Champion Branden Jesseman.

But at the time all Wey knew was that he had beaten his main rival, Chris Considine, who had previously won three titles at the Ranch on 50s and 60s. And in doing so Nick joined a few other fast Kawasaki Team Green kids who made the ’92 line-up one of their strongest ever, as it included Florida’s Tim Ferry and Ricky Carmichael, Oklahoma’s Robbie Reynard, Louisiana’s Kevin Windham, Ohio’s Brock Sellards, Georgia’s Matt Walker, California’s Craig Decker, and more. In all, Kawasaki took home 19 championships out of the 28 classes that year.

“It also helped that my parents felt the same way about the event and the clout of winning an AMA National Championship,” added Wey. “My whole family worked super hard to help me achieve that dream, and it was really cool they were there to see me do it. We stuck around for the trophy ceremony because it was really important to all of us, and then dad had us on the road right back to Michigan so he could get back to work.”

One other thing about 1992: Nick Wey still has the Kawasaki KX80 that he won his first of eight Loretta Lynn’s titles on, as well as his favorite moto.