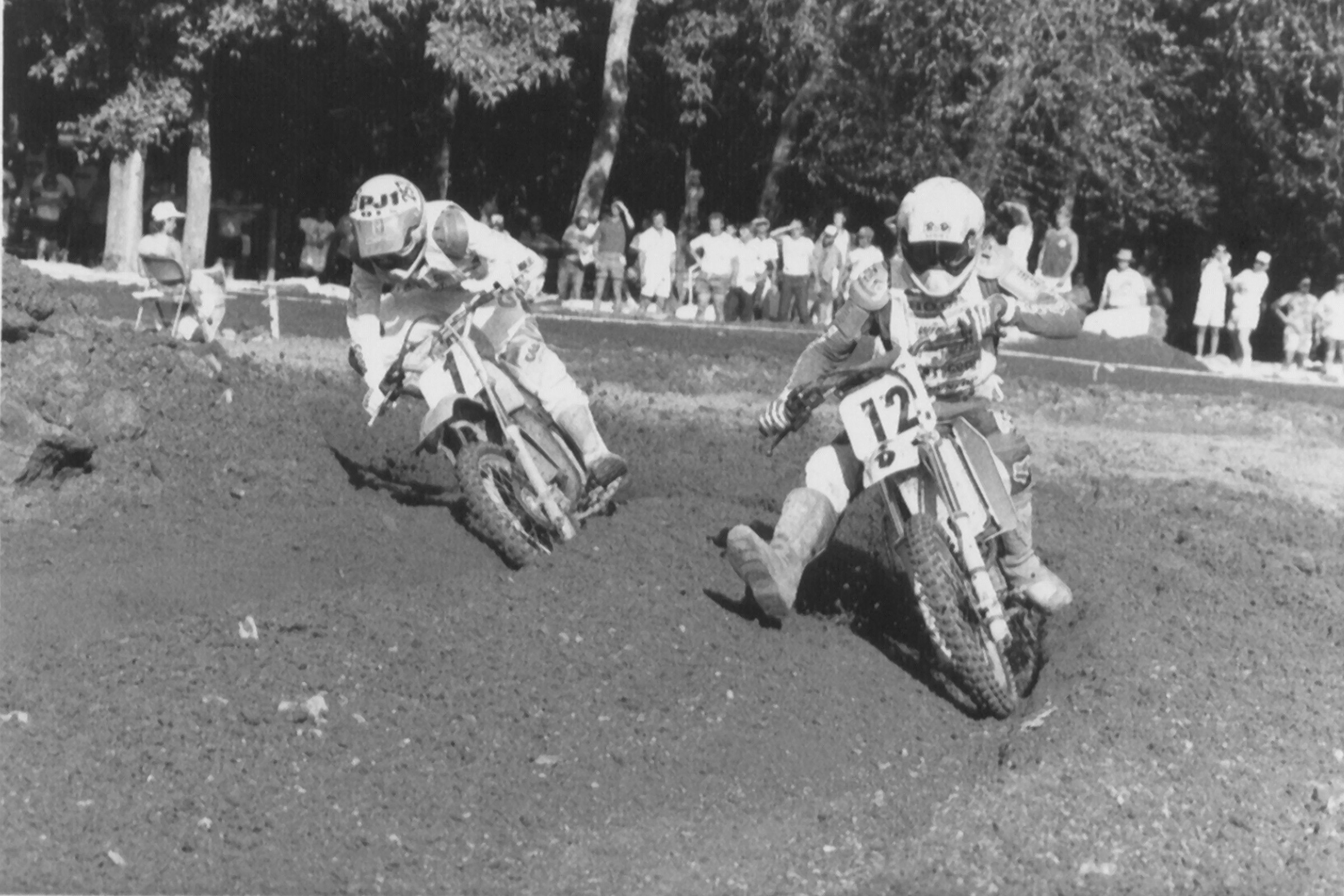 Buddy Antunez is currently an assistant team manager at the JGRMX/Yoshimura Suzuki Factory Racing squad and a five-time AMA Arenacross Champion. But long-time industry types remember “Bud Man” just as much for his sizzling rides as a kid on R&D Racing Suzuki RM80s. The 1980s were a great time for American minicycle racing, and the Ontario, California-born Antunez was quite a star back in that era.

While Buddy won tons of races all over, he admits that Loretta Lynn’s was never his best event. It’s surprising to see that the minicycle legend has just one career AMA Amateur National title at the Ranch, from the 85cc Modified class in 1988. In 1987 he came close in the 85cc (9-13) Modified, winning two motos, but his 1-5-1 tally was eclipsed by another minicycle legend in Arizona’s Jimmy Button, who was a steady 2-1-2. He also ran towards the front of the 85cc (12-13) modified, but that class went to yet another minicycle prodigy, North Carolina’s Damon Bradshaw.

But the moto and the year that sticks out most to Antunez was his ’88 title run, as he spent the whole week battling another superfast minicycle talent, the late Brian Swink, one of the fastest members ever of the Michigan Mafia.

“There was also some drama because it was the stock class, and everyone was probably pushing the envelope a little bit. I didn’t know all the ins and outs—all I did was ride the bike—but I knew they started changing some stuff once there were rumors of some protests going on,” he continued. “It wasn’t anything big, not motors or anything; all I know is we were going to get protested for a brake-snake (a cord that ties the brake pedal to the frame, to prevent it from bending). Suspension was a big thing back then, too. It was really crazy to ride our pace with stock internals in those stock bikes. We’d be bottoming out everywhere. So I think the thing back then was to have your stuff revalved in the stock class, but I don’t know if that was allowed… Typical amateur racing stuff! It’s funny, we heard everyone was going to protest each other, and the protests were going to go back so far that fifth place was going to win the moto. So then everyone just agreed to drop everything and let the results stand.”

Antunez versus Swink became quite the show to watch on 80s, from coast to coast.

“Brian and I were both Team Green when we were on 65s,” recalls Antunez. “I remember meeting him for a big test at Ponca City, riding the next year’s bikes. He’s this Michigan Mafia guy, and he had a big chain around his neck with a cross on it, and he’s only nine years old! I’m like ‘Look at this guy!’ I don’t know if Michigan uses the term guido, but I could at least say his look was guido-esque! Then as we moved up to 80s, we did become rivals on the track. Kawasaki would bring him out to California for our Golden State races to try to beat me, I usually got the upper hand there, probably just from knowing the tracks more. But just knowing you would have to race Brian; you knew you would have to raise your level. He was very good. But later in life, at the professional level, we became friends. You knew Brian was a tough customer on the bike. One of the things I remember from that moto was Brian coming in and hitting me pretty hard in that corner before the Ten Commandments. Just a great, great race.”

“It was weird, he said. “Ponca City I won both of the overall Minicycle Championships overall two years in a row. Then I went to Loretta’s, and I just, I don’t know if it was the three-moto format or what, but I just never had the same success there. I ran up front, but I didn’t win titles. I just didn’t gel with the track like I did at Ponca. I don’t know, something about Loretta’s was different. Back then, we’d show up and the track was all grass, and being a California kid, maybe that just wasn’t as comfortable for me.”

As far as off the track fun, “Bud Man” remembers some good times, but also getting really serious toward the end of his minicycle days.

“In my early years on 65s I ran around a little bit more, did some canoeing and rope swinging,” he says. “When I got older and I was racing Brian and supposed to be battling for championships, so I was back in the hotel and asleep by 9 p.m. I took it seriously. My biggest memory I have is one of those days in the canoe, and I got out and had a leech on me! I ripped it off, so then it bled and it just kept bleeding and bleeding. As a kid from California, that was a big deal for me!”

Oddly, that ’88 year would be Buddy’s last in the amateur ranks at Loretta’s, as he started dabbling in some pro 125cc nationals on a 125 in ’89, and then turned pro full-time for 1990. He did return in 2017 to race the 40+ class, where he finished sixth. But even with just one title, the competition he was up against and the success he had puts him near the top of all-time 80cc legends at Loretta Lynn’s!