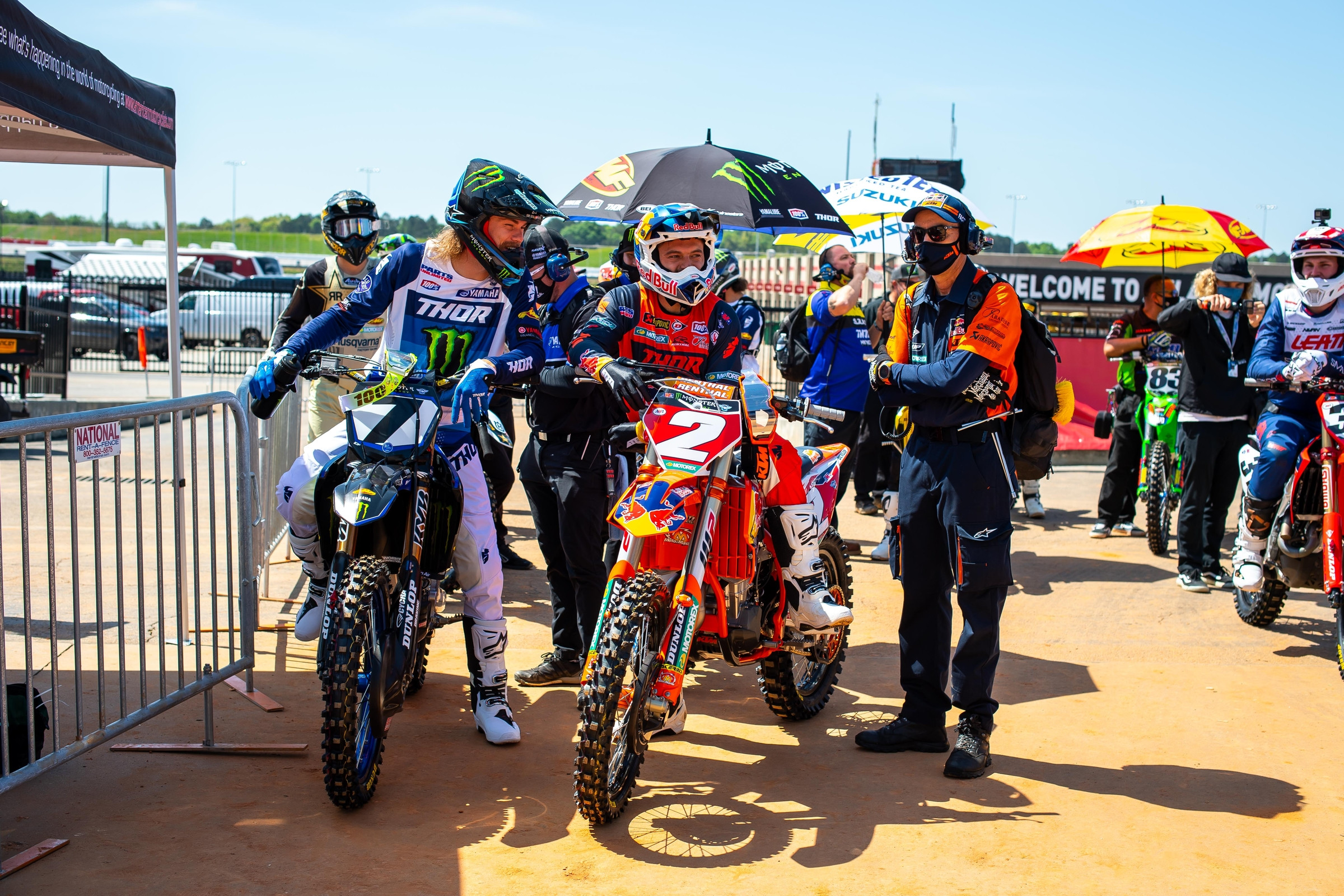 Maybe it wasn’t exactly the way it was back in 2019, the last time we saw an, um, normal year, but 2021 did produce a 29-round run of races through Monster Energy AMA Supercross and the Lucas Oil AMA Pro Motocross Championship. The action was quite good, too, and it proved the endurance of this sport. The world has been rocked quite a bit the last two years, but in the end the focus remains on winning races, both for riders, teams, and more.

We will run through our most popular stories on this website this year in two parts. By the way, we’ve excluded posts with clerical information like race and television schedules, results and points. That stuff is very popular but doesn’t tell the whole story of a season. Below are the stories clicked on most by you, our readers.

27. 450 Words: From Star to Rockstar: The Rockstar Energy Husqvarna team announced its big, off-season signing with a twist. Instead of waiting until the actual off-season, the squad made its new deal with Malcolm Stewart official during the final round of Lucas Oil Pro Motocross, at Hangtown in September. Stewart had raced for Monster Energy/Star Yamaha Racing in supercross during 2020. To explain his new deal, Malcolm recorded a Zoom interview which was broadcast during the Hangtown race, and the PR hit during the race day.

“I’m really excited to have a full indoor/outdoor deal that’s sealed for two years,” he said. “It’s definitely a great opportunity for me and I think there’s nothing but positive vibes coming from me.”

Mitch Kendra wrapped up all the news here. Props to the irony here, as Malcolm’s story is #27 on our most popular of the year.

26. First Look: Tomac to Yamaha:Eli Tomac’s shocking move from Monster Energy Kawasaki to Monster Energy/Star Yamaha Racing was huge, huge news, (and you’ll see more big hits on this story later). The first footage of Tomac with the BluCru, which Yamaha provided, was in our top 30 this year.

25. Musquin, Plessinger Silly Season News: In April, Steve Matthes reported on a rumor that the Red Bull KTM had reached out to Aaron Plessinger with an offer for 2022, and the team had also offered to bring Marvin Musquin back to the team. Both of these deals turned out to be true, as Plessinger and Musquin are locked in now. Matthes did think Yamaha would respond with a counter-offer to keep Plessinger and that AP7 would stay, and Yamaha indeed did try to keep him, but Plessinger chose to go orange.

The most hilarious part of this story is reading the comments below. Back in April, the YZ450F was still considered no bueno. We were a month away from the Tomac-to-Yamaha news and Dylan Ferrandis coming to life and rolling through Lucas Oil Pro Motocross. Plessinger left, but Yamaha’s prospects look different now.

24. Insight: Still In It: More Tomac-to-Yamaha news! When the big story hit, I (Jason Weigandt) penned this piece about Eli’s longevity. While he had reached a point when many top riders choose to retire, Eli was re-loading for another run with a new team. Why? It might be because Eli and his family tried to avoid riding too much in the younger years.

23. The Conversation: Cooper Comes Clean: We had heard all summer that Cooper Webb planned to cease working with trainer Aldon Baker. After Webb collected a podium finish late in the season in Indiana, he spoke about his decision, and also big changes to his motorcycle.

22. Between the Motos: Ralph Sheheen: After 14 years as the play-by-play voice for Monster Energy Supercross, Ralph Sheheen was not back in the seat for the 2022 season. What happened? Davey Coombs called him after the Houston Supercross races to ask, and to give Ralph a chance to thank the fans.

21. Introducing Stark Future and the Electric Motorcycle, The Varg: Can we just use this joke here? Okay? Shocking news here when a company no one had heard of announced a motorcycle no one knew was coming. The Stark Future Varg promises electric motocross performance right on par with—or ahead of—gas dirt bikes. The first press release, photos, and video of the bike garnered major attention.

20. Insight: Zach Osborne Announces Retirement: It was on and off again for Zach Osborne. The 2020 Lucas Oil Pro Motocross 450 National Champion suffered a back injury during the 2021 Monster Energy Supercross run, which cost him a chance to defend his Pro Motocross title. We heard the injury could lead to his retirement, and Zach seemed set on that in August, but then he announced the back was steadily improving and he would give it a go in 2022. Then, the story changed. On November 22, Osborne announced his full-time motocross and supercross career had come to an end.

19. Watch: Eli Tomac Joining Yamaha in 2022?Once Matthes broke the Eli-to-Yamaha news, Kellen Brauer put together an update video, rounding up the Tomac news with rumors of Plessinger to KTM and Jason Anderson to Kawasaki.

18. Jett Lawrence Provides Update After Indianapolis Crashes:Jett Lawrence was a title contender in 250SX leaving the Houston trio of rounds, but it turned bad in Indy. He suffered a huge crash in the whoops in qualifying, and then landed on a Tuff Block in his heat race. He toughed out the LCQ to make the main but elected not to race. The evening wasn’t without controversy, as the Tuff Block Lawrence landed on was not there during practice. It appeared for the heat race, and Lawrence landed on it immediately.

Mitch Kendra explained all the scenarios, including an update from Lawrence himself.

17. 250 Words: 250 Team Guide: Fans spend the whole off-season bench racing about the 450 class. The 250’s tend to hit at the last second, because you often don’t know what riders are racing which region, and because the teams, in general, are huge. Mitch Kendra’s guide to each roster got big hits right before the season began.

16. Watch: Dean Wilson Apologizes, Ken Roczen Responds: Oops! While getting lapped, Dean Wilson got in Ken Roczen’s way in Houston, which allowed Cooper Webb to pounce and steal a race win. Wilson apologized and Roczen accepted the apology but also explained his side. Kellen Brauer put all the info together in this Fly Racing Rapid News video.

15. Scott Sheak (1974-2021): Terrible news. In May, Scott Sheak, a gritty hero from New York and a former factory rider with Honda and Pro Circuit Kawasaki, passed due to complications from a crash. Davey Coombs penned the tragic news about Sheak, the winner of the 1997 High Point National in the 125 class.

14. 250 Words: All New YZ125!: The Japanese don’t produce new two-stroke news very often, so it’s big news when it happens. For 2022, Yamaha announced it had revamped the engine, bodywork, and more to its venerable YZ125. The bike was last redesigned in 2005. Yamaha also made changes to the YZ85. Jason Weigandt penned this report.

13. The List: Silly Season Update: Teams don’t usually announce new deals until October 1. By September, though, we pretty much knew who was going where. Jason Weigandt rounded up all the news here.