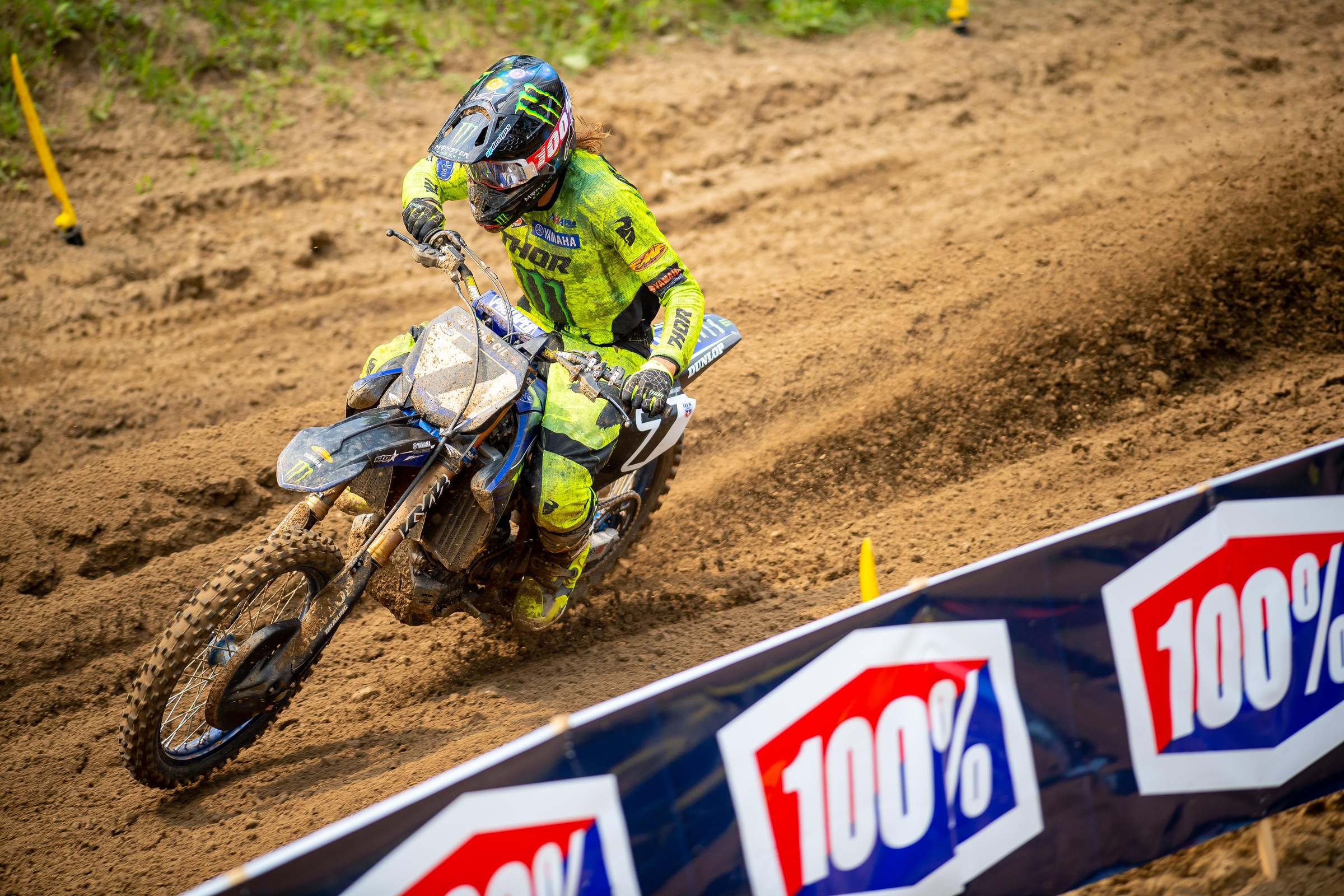 Eli Tomac to Monster Energy/Star Yamaha Racing: The silly season pyramid is built like this: One massive piece, and the accompanying salary that goes with it, moves first. Then the rest falls into place. This big move usually happens right around the end of the Monster Energy AMA Supercross season. This year, the mover was Eli Tomac.

The Tomac-to-Yamaha deal, which broke via our Steve Matthes, was shocking at the time but makes some sense when viewed a few months later. (Tomac can’t officially talk about it until October 1, when his Kawasaki contract expires. Kawasaki did confirm in a press release that Eli will not rejoin the team for 2022). The fortunes of the Yamaha YZ450F haven’t been great lately, but Dylan Ferrandis’ great summer puts a different light on everything. Clearly this Star Racing team is dead serious about 450 success. Also, while Tomac has been good this year on his customary Kawasaki, he hasn’t been as good as previous years. Good time to try for a change of scenery. Also, Tomac’s old suspension guru, Ricky Gilmore of KYB, now handles suspension at Star. This is likely a big part of the deal.

We know at one point, Tomac and Kawasaki were expected to keep their relationship going. What happened after that is not known. Either way, Tomac to Yamaha led to several other big swings.

Aaron Plessinger to Red Bull KTM: This one isn’t officially confirmed (Kawasaki announcing Tomac will not return is an all-too-rare step) but sure seems likely. We heard the Plessinger-to-KTM rumors even before the Tomac-to-Yamaha rumors, but the two deals are not exclusive. As the year went on, Plessinger’s performances in blue kept getting better, and the potential KTM deal kept dragging on. Even though the team will have to pay both Tomac and Ferrandis, Star still make Plessinger a good offer to stay. Could you imagine a Ferrandis/Tomac/Plessinger super team? It almost happened. As Star Owner Bobby Regan likes to say, “Boy, we just wanna win.”

Only recently have we heard the Plessinger-to-KTM deal is real. We think.

Jason Anderson to Monster Energy Kawasaki: As we said, Star Racing is serious about its 450 operation. The team wanted more weapons, so the team was in talks with both Tomac and Jason Anderson. Tomac signed, so Anderson will then slide right into Tomac’s old spot at Kawasaki. Adam Cianciarulo is returning to the team.

What about Rockstar Energy Husqvarna?: This is the big void right here. Anderson is leaving and Malcolm Stewart, who held a third 450 supercross-only spot at Star this year, is rumored to be taking his place. Does this mean Malcolm will finally return to the Lucas Oil AMA Pro Motocross Championship next year? We’ll see—he hasn’t raced that series in years (since 2014).

There are more things to figure out over at the Husqvarna team. Due to a lingering back injury, there are questions about Zach Osborne’s future as a racer. That’s huge hole to fill. Will Dean Wilson return again? This is where the trail begins to get foggy.

Malcolm Stewart raced 450SX for Star Racing last year. They currently have Plessinger and Tomac for 450SX, and Christian Craig has re-signed to race 250SX and 450MX again. Will that team add another 450SX rider to fill Stewart’s spot?

Marvin Musquin Returns to KTM: All the way back in April Marvin Musquin was saying his future with KTM was secure and they were working on a new deal for 2022. Then that all went cold. Lately we started to hear rumors he could move to Husqvarna or even Troy Lee Designs/Red Bull/GasGas Factory Racing. In the end, it appears as though GasGas will keep the same team for 2022 as it ran this year—Justin Barcia as the lone 450 rider, and Michael Mosiman and Pierce Brown on 250s.

Now we hear Marvin will re-up with KTM, which would lead to a three-rider team including Plessinger and Cooper Webb.

No New Red: Everyone at Honda is already set for next year—Ken Roczen and Chase Sexton on 450s, and Hunter and Jett Lawrence on 250s.

250 News: This is where the trail grows from foggy to invisible. We haven’t heard any major confirmed stories from 250 teams, but we also know most riders are already set with deals. As mentioned, the GasGas team isn’t changing. Both 250SX Champions Colt Nichols and Justin Cooper will remain with Star. Jo Shimoda was a walk-on tryout addition to Monster Energy/Pro Circuit Kawasaki this year, but it would seem crazy for the two sides not to stay together for 2022. Jo isn’t commenting on this yet. There might still be time for some 250 surprises, but such news probably won’t come until later. As always, the big pieces fill in first and then the smaller pieces fall into place.