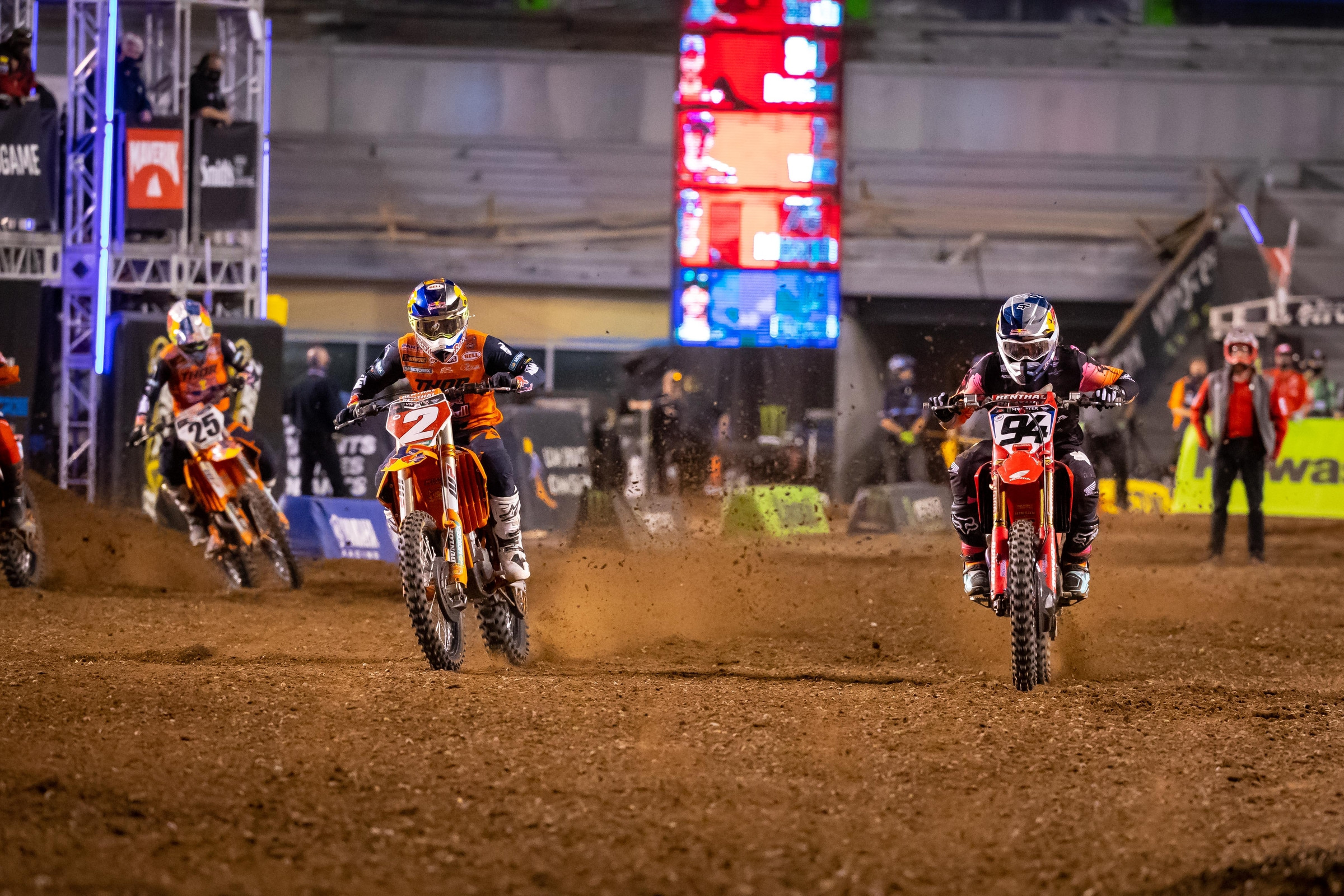 The Moment The Air Went Out

Everyone knew it was already over. A late-race charge at Atlanta 3 extinguished the flame, as Cooper Webb ripped yet another victory from Ken Roczen after defeat looked imminent. This one featured a little gift, because Roczen crashed while leading, but the final laps, when Webb put in his finisher, told the real story. Roczen nearly left Atlanta with a two-race win streak and a small points deficit. Nearly.

So Salt Lake City’s two rounds would only serve up the inevitable, with Webb clinching his second title in three years. Roczen tried to go down fighting, leading SLC1 until another fall, and then leading again at SLC2. Down some 20 points, resistance was futile, but Roczen still tried, even with a small bit of #bunching. As he led Webb early on Saturday, he didn’t try to sprint away in the early like he usually does. Instead, he stayed there, just in front of Webb, trying to slow him up, maybe to cause some trouble. He was just trying to do something.

“I honestly wasn’t expecting it,” said Webb. “I get it. You’ve got to try what you can, but I was a little annoyed, to be fair. I get it. It’s racing. If you go for the front wheel and make it work and break some spokes or whatever the logic was, I get it. But at the same time, it was quite a bit of a big points gap.”

Unfortunately for Roczen it was both too little and too late. During the second half of the season, fans have been begging for Roczen to rough up Webb, to get aggressive, to flip the script. He chose instead to just ride his own race and stay away, until the finale, when the points gap was too large for it to matter, and the aggression not nearly enough to create the kind of desperate chaos needed.

Instead, it just fell back into Webb’s hands. Again he was better than Roczen later in the race, but this time he even had an excuse to pass him with contact. So Webb got inside and hit him, and the air completely burst out of Roczen’s balloon. Ken dropped from podium position all the way back to tenth. It was his worst result of the season.

All year the debate on Roczen has been mental versus physical. He’s amazing early in the races but can’t hold it late. Is this simply his body breaking down or is it pressure getting the best of him? Is it Webb stepping up mentally when it matters, or wearing him down physically?

We only have Roczen’s words from a Honda HRC press release to know:

“Round 17 was a tough one again. I just seemed to struggle with the altitude. After getting the holeshot in the main, the first little bit of the race looked promising, but I really let go and dropped way back. Overall, I’ve had a good season. I’ve never stayed in the game for so long—making it all the way to the last round being in the championship hunt. Last year I was third, this year I was second—at least we’re going in the right direction. We had some really good battles, and I learned a lot about myself this year. I’m looking forward to the outdoor season now, and the supercross season next year.”

Roczen mentioned the struggle with altitude. It might have messed with his breathing late in the race, and hence caused his late-race swoon. Many won’t want to hear that, because it’s obvious the moment Webb passed him and the title had officially slipped away that his riding slipped completely, too. He was deflated, but not just from altitude. The final mix of what was mental and what was physical? Only one man knows.

It was a long season with a consistent, repeated theme. Roczen looking good, Webb managing to turn it the other way. One last pass at Salt Lake City served as a symbolic look at the entire season as a whole.