(Moscow)  - Just weeks after the spectacular FMX showdown under the gaze of the Great Sphinx of Giza in Egypt, the 2010 Red Bull X-Fighters World Tour is set to celebrate yet another premiere as it touches down on Moscow’s famous Red Square. The 12 best FMX riders in the world will come together in the heart of the Russian capital’s famous old town on Saturday, June 26 to battle it out head to head as the Red Bull X-Fighters World Tour hits Russia for the first time. 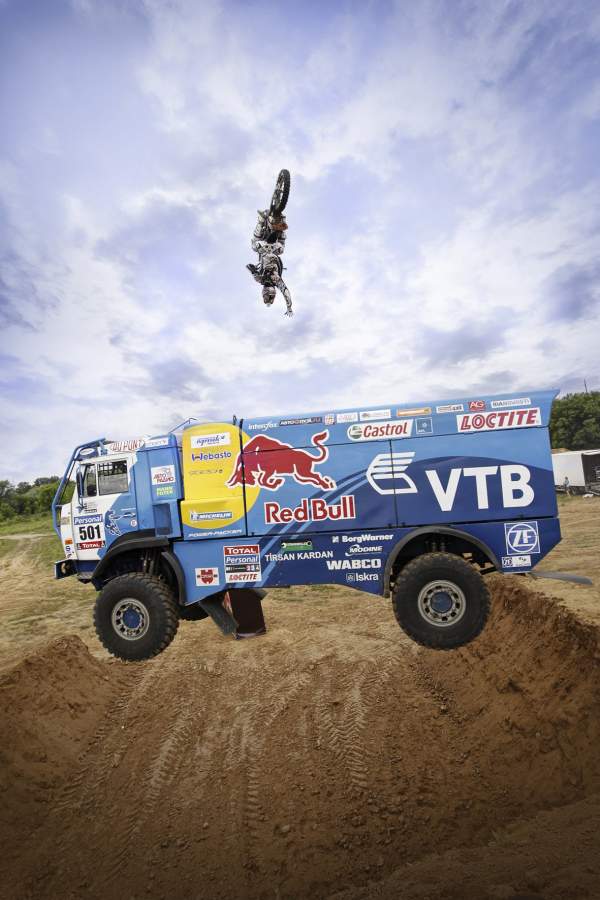 Preparations for the third stop of the Red Bull X-Fighters World Tour 2010 on Red Square in the heart of Moscow have completed, with the kickers and landing hills moved into place in front of St. Basil's Cathedral, with Lenin’s Mausoleum and the walls of the Kremlin just beyond the world-famous colored onion domes in anticipation of the world’s best FMX riders. More than 40,000 spectators are expected to pack the famous square, which was named a World Heritage Site in 1990.

To prepare for his first Red Bull X-Fighters appearance, Russian rider Alexey Kolesnikov made history at his training compound in Kolomna by becoming the first freestyle motocross athlete in history to jump a bike over a flying truck. Despite strong winds, Kolesnikov threw several different tricks over nine-ton Kamaz truck driven by 2010 Dakar Rally winner Vladimir Chagin of Russia, including a huge backflip off the kicker. See attached images.

After two of the six stops making up the World Tour 2010, it is the winner of the season opener in Mexico, Norway's Andrè Villa, who leads the overall standings. However, the rest of the international FMX elite is in hot pursuit, with 2009 Red Bull X-Fighters World Tour Champion Nate Adams just 35 points behind Villa in second, while fellow American rider Adam Jones will be hoping to recapture the form that gave him a surprise win in Egypt. 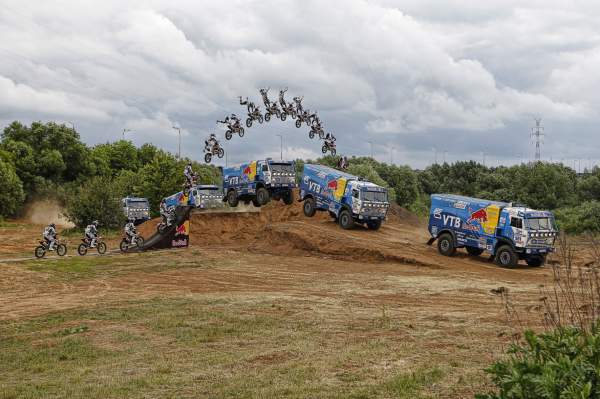 Double backflip legend Cameron Sinclair is fit again after his horrifying crash last year in Madrid and will be looking to mix it again with the best in the world in Moscow. Also returning will be Red Bull X-Fighters World Tour winner 2008 Mat Rebeaud of Switzerland, who suffered a heavy fall during training for the World Tour 2010 that forced him out of the first two stops of the season. Last but not least, Spanish wunderkind Dany Torres is also back. Torres rode the first stop of the season in Mexico City’s bullfighting ring with a broken arm, forcing him to land several tricks one-handed. An operation meant he had to watch from the sidelines in Egypt, but the fans’ favorite is back and raring to go in Moscow.

The event begins at 8.30 p.m. local time. After stops in Madrid on July 22-23 and London on August 14, the Red Bull X-Fighters World Tour Champion will be crowned at the season finale in Rome on October 1. 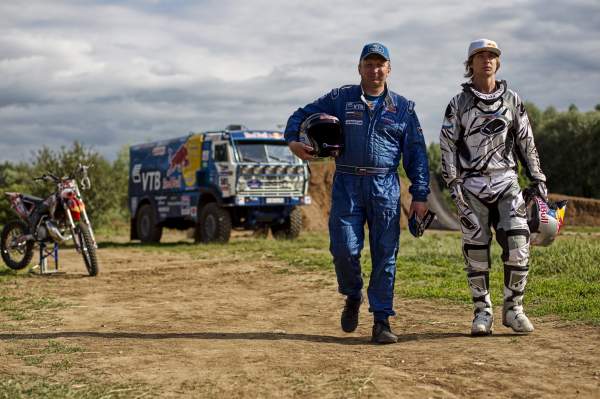