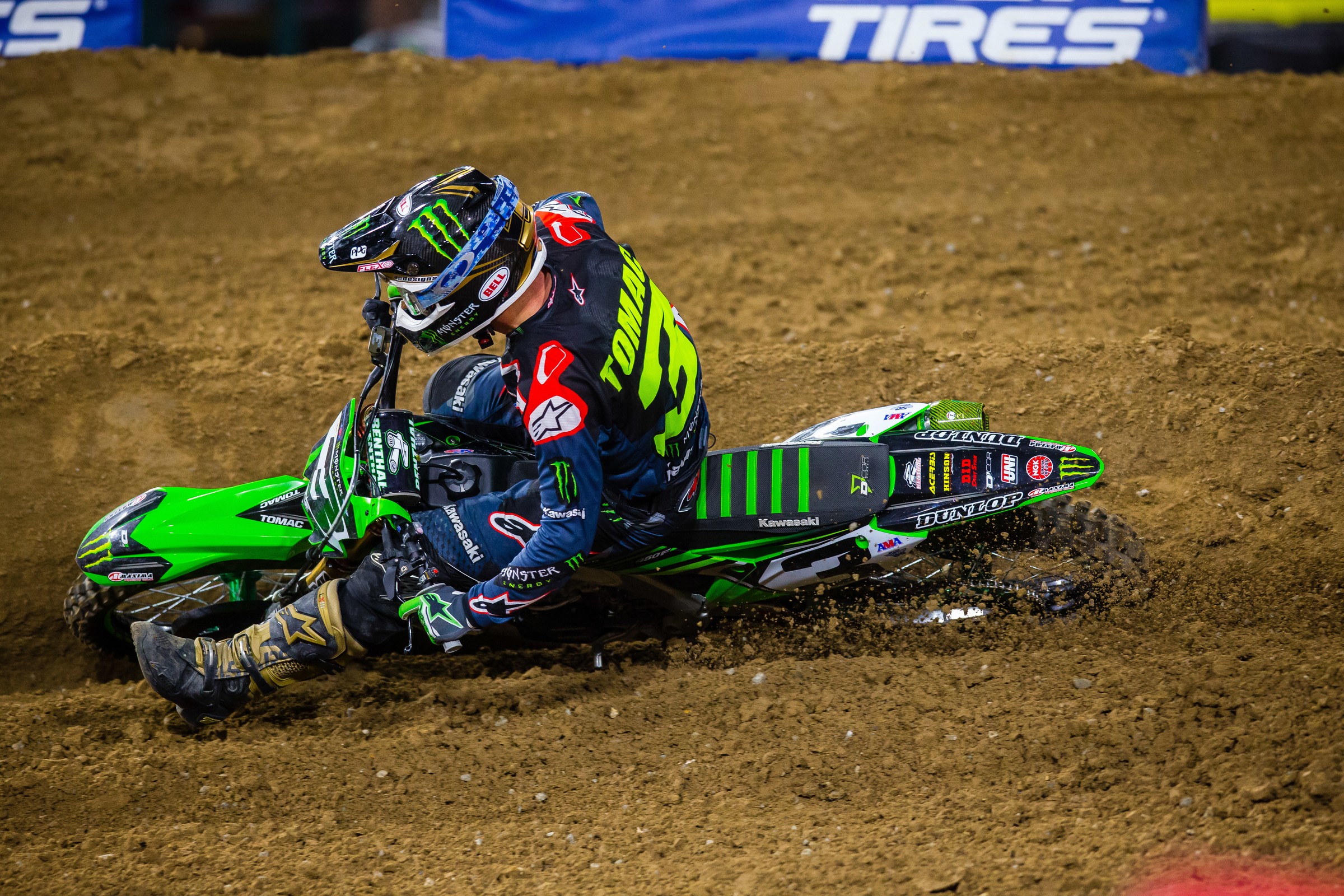 For this week’s 3 on 3, let’s tackle some topics covered in that show, with answers from Thomas, Matthes, and Weigandt.

1. Last year the biggest question on everyone’s mind was “Can Ken Roczen come back successfully?” He’s a little lower-profile this year, but the question persists. Can he get back to his old level?

Jason Thomas: Ken Roczen is a global star and this sport needs him back to full speed. I don't think it's fair to ever expect the level we saw in January of 2017. That was a level most riders have never reached, let alone with the traumatic injury and subsequent surgeries he endured since. Last year was a rebuilding process and saw yet another injury at San Diego, putting him out of racing until Hangtown. With a healthy summer behind him and a full off-season of preparation, I expect Kenny to take another step forward in 2019. Can he win the title? Ehh, I don't know. Can he win races on his good days?  Absolutely. It will be interesting to see how much progress he was able to make with several months of riding. Races like Houston or Oakland last season would probably result in a win in 2019. That's the main difference I expect. When he is in position to win, I think he will again be strong enough to seal the deal.

Steve Matthes: I mean, if anyone can, I feel it could be Roczen. To me, coming from a country where motocross is not a world power to become a World Champion, then throwing that away to come to the USA and chase the dream—and succeed—means you're one pretty determined dude. Motocross has always come easier for Roczen and for as great as a rider as he is, he doesn't have a 450SX title yet, but he does have 11 wins. Kenny's driven to win for sure, but he's also done some things where he's said that he appreciates the other side to life now. What does that mean? Not sure, but I don't have him winning the title this year, but he does get back to winning races. We need Ken Roczen in this sport, he's hugely popular all around the world, he's got personality and besides, Honda needs him back BADLY.

Jason Weigandt: Wow kind of weird to not see all the off-season hype focus on Kenny, which is the opposite of the last few years. Will he rock the suit again at Anaheim 1? As for the racing, it seems impossible that Kenny's arms could be 100 percent again, but I think he can overcome that and still be great. He's a smart rider with good race craft, and he never won by hammering too hard before, anyway. I think Kenny will be able to go toe-to-toe with the best. I don't know if he'll emerge as champ, but I don't think we'll see Kenny struggling and start wondering, "Oh man, what if the injury hadn’t happened?”

Jason Thomas: Can it work? Sure, that's why it's called a time-honored strategy. I don't think it will in 2019, though. I think Eli Tomac will apply a ton of pressure with multiple race wins and I also think Marvin Musquin will avoid injury (like the shoulder issue from Houston). Those two factors alone will change the series outlook. Anderson won't be able to cruise to a championship in April like he did in 2018. He will have to win down the stretch to win another title. I think he can do just that, but he will have to take chances. Excelling in January alone won't be enough. Maintaining that January level all season long is how this championship will be won.

Steve Matthes: Oh, that can work again for Jason or for any rider out there. Ask Ryan Dungey! Marvin Musquin has been off the bike for a bit so he's going to take some time to get up to being 100 percent, Tomac's got a new bike to sort out (at least we think so), so there's a bit of an opening for #21 to do the same strategy but I'm dubious it would work. Last year, you had two title contenders missing a race in the first two weeks, the year before with Dungey you had Tomac being more up and down than we've ever seen a contender be. Besides, I think the strategy of protecting a lead is just something riders and trainers say when a points leader isn't winning. I mean, the BEST strategy for protecting a points lead is to just win, right? I just don't think it's something you can plan on doing until we're ten rounds deep or so.

Jason Weigandt: I've been looking at Anderson's stats lately and have realized his consistency is no accident. He's got the wild riding style and the jersey hanging out, but he's never been a huge crasher and he's rarely injured (under normal circumstances–Glen Helen practice day accidents or getting landed on at Motocross of Nations doesn't count). Anderson hasn't missed many supercross races due to injury, ever, and year after year, we're reminded of how important that is. If you can count on him to be at all 17 races healthy, he's going to be right in the hunt, so I can see this all working out for him again.

Jason Thomas: This is Tomac's era and he really needs to cement a title here in 2019. He has been the dominant rider over the last two years, winning half of the supercross races over that span, as well as two outdoor titles. Mistakes have plagued Tomac, though, putting the Monster Energy Supercross title out of reach last season after narrowly losing to Ryan Dungey in 2017. He doesn't need to change much, it's more of just managing the bad days. DNF's are hard to overcome, even if you are winning 50 percent of the races. If he can continue to win regularly and then turn those horrific nights into a top ten or anything reasonable, he will be your champion come May.

Jason Weigandt: We should be talking about Eli Tomac against the all-time greats by now, but instead we're talking about him just finally winning a Monster Energy Supercross title. I've picked this guy to win many things, and it seems to work out exactly half the time. I picked him to shock everyone at Anaheim 1 in 2017, and he struggled with arm pump. I picked him to win last year's title, it didn't work out. To me, it's clear that if Eli does what he's capable of, he's going to finally win this, but until he does it, you just can't count on it. Heck, last year he turned he turned supercross starts from a liability to an asset and it still didn't work out. I think we all, deep down inside, know this though: there's only one guy who can go so fast that he could completely and totally dominate this series, build a giant win streak, and make it a rout. You know which guy that is.