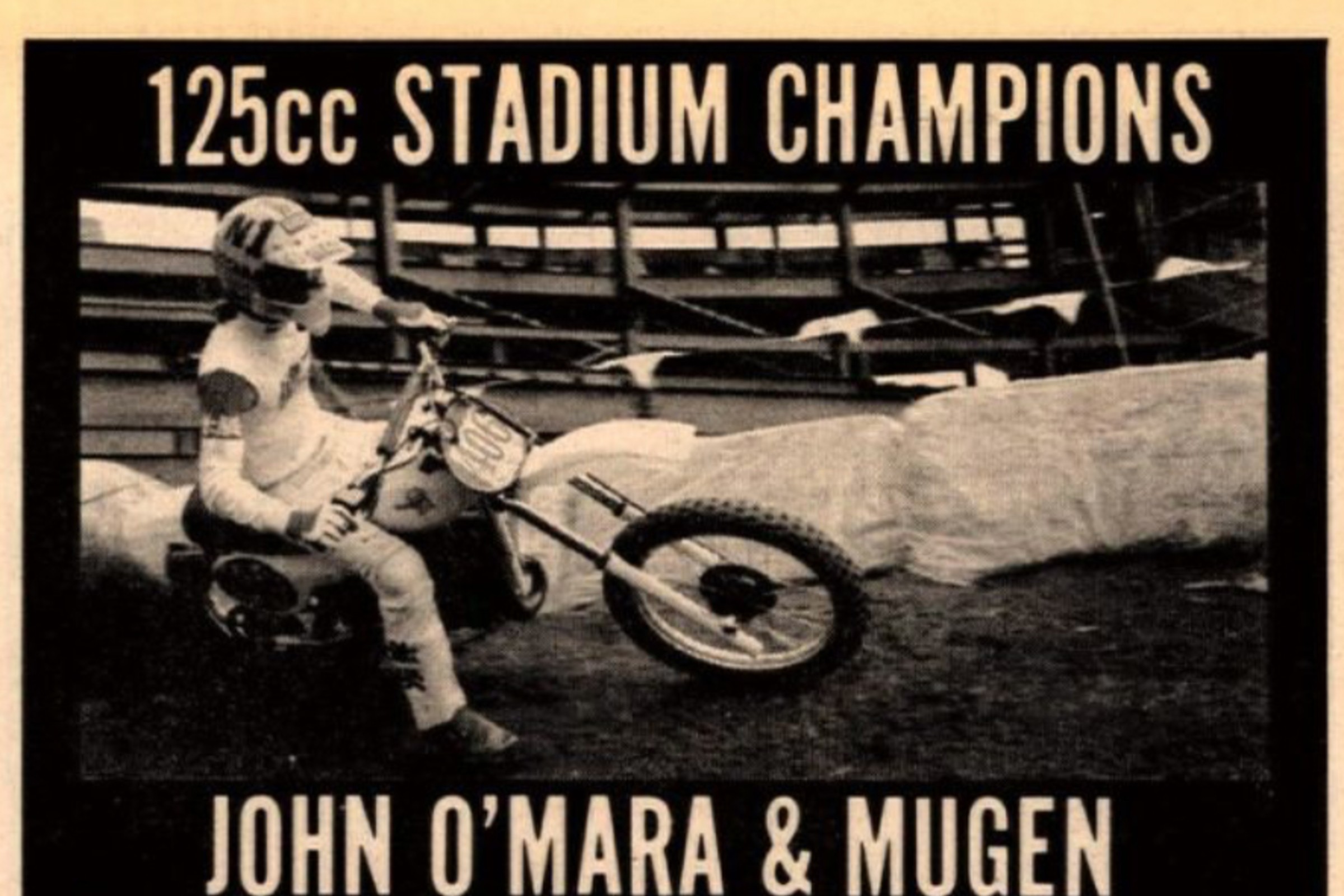 On This Day in Moto December 12

Kawasaki ran this advertisement for what turned out to be their first major motocross title, though it would come in a circuitous route. Brad Lackey was picked to ride the new Kawasaki prototype MXer in the new summer AMA 500cc National Championship Series, as well as the 11-race Trans-AMA Series that followed. When the points were added up from the two series, "Bad" Brad had more than double the points of series runner-up Gary Jones of the Yamaha team.

Of course, Jones rode a 250 during the 250/500 Nationals as well as the 250 Inter-Am Series and won the first AMA 250 Motocross title that same season. And because Lackey had not actually won any of the Trans-AMA races, let alone the championship, when it ended Kawasaki ran this spread declaring Lackey "1972 Grand National Champion."

It wasn't really an official title, but Lackey was certainly the outstanding 500 rider on the two AMA circuits.

Here’s a fun ad we found. We don’t know much about this race except for the fact that it was very early in the motocross racing game here in America in 1970, and promoters were just getting things sorted out of unique events like the 2nd Annual Mini-Bike National Championships.

For instance, they forgot to list on this advertisement in Cycle News where exactly the event was actually going to be held! Maybe Saddleback Park was just that big back then that everyone just assumed where to go to race?

And how is this for some old-school #SXFutures? John O'Mara wasn't well known outside of California before grabbing a ride with Al Baker and Mugen Honda, the offshoot of HRC in Japan. O'Mara's real breakthrough would come at the 1980 Mid-Ohio 125cc U.S. Grand Prix, but before that he began to make a name for himself locally by winning races like the Anaheim Amateur Supercross, which was held in November '79, and would score O'Mara this win ad in the December 12, 1979, Cycle News.