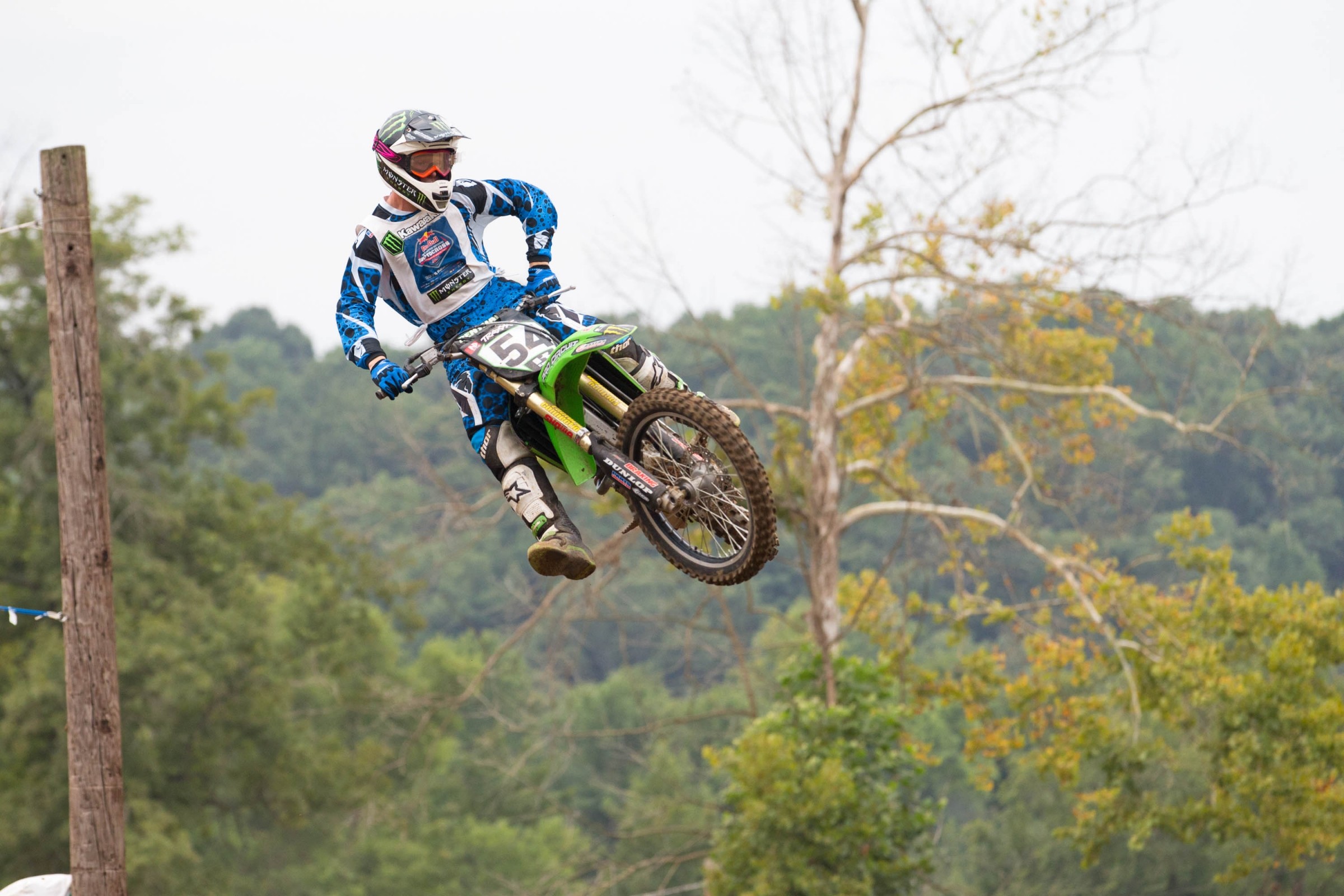 Fifteen years ago, I was covering the AMA Amateur National at Loretta Lynn’s for Cycle News, just as the American amateur moto scene was really grabbing another gear. Amateur grads had recently provided spectacular returns: Ricky Carmichael, Travis Pastrana, and James Stewart had all won the professional 125 National Motocross Championship in their rookie seasons. Teams were focused on finding more gold like that.

In 2003, David Millsaps and Mike Alessi were the biggest names in amateur racing, and they won both of their classes that year. In ’03, there was also some attention shining on Mike’s brother, Jeff, who would not have to race against his brother Mike in either class that summer. There were some who believed Jeff actually had more talent than Mike, and this would be the year he could show it.

I watched Jeff’s races closely, but another rider in his races caught my eye. Yamaha’s Josh Hill was a dynamo that week, going 26-1-1-1-1-2 in his six motos, charting straight-up wins coming from behind against a stacked field in 85 (12-13) stock and modified. The 85 (12-13) division is, in my opinion, the toughest challenge in all of amateur moto. In that age range, most every rider can fit on an 85, so all the talent funnels there. Smaller riders can stay on 65s through their (9-11) years, and bigger kids might leave 85s by age 14. But at 12 and 13, everyone races everyone on 85s. Who did Hill beat consistently in 2003? Nico Izzi, Austin Stroupe, Zach Osborne, Ryan Dungey, Phil Nicoletti, Darryn Durham, Jeff Alessi, Broc Tickle, Wil Hahn, Trey Canard, and more. That’s legit.

Josh Hill was always a dynamo at Loretta’s—in my mind, he was as good as anyone else I’ve ever seen at Loretta’s, and his nine career championships are no joke. I also noticed Hill had a younger brother who, like Jeff Alessi, appeared to have some talent, but was absolutely not putting up results like his older bro. Josh Hill and Mike Alessi came to the races looking super-focused and mega-serious. Justin Hill seemed to be smiling nonstop, no matter what. Jeff Alessi was hilarious and always goofing around. Justin Hill, honestly, just seemed pumped that his brother was fast.

Justin was usually a top-ten rider and scored a pair of third overalls when it was time for him to race the (12-13) division in 2009 (behind the likes of Adam Cianciarulo and Thomas Covington).

Justin then wanted to get on big bikes (just like their penchant for 450s today, the Hill bros always seemed to like bigger bikes), so he ended up doing that on his own. He went out and bought some Suzukis and went to the big bikes on his own, with limited support. He caught the eye of Kawasaki Team Green manager Ryan Holliday.

“He was on a Suzuki 250F, and he was even riding a Suzuki 450, but he was like 13 or 14 years old. He was pretty young for big bikes,” Holliday explains. “I think Mammoth was the first time I talked to him, and he won back-to-back motos in the B class in 250s and 450s, which was pretty impressive. Then he went to Loretta’s and was like top five in the B class. He was good, though. We signed him after that, and he started winning.”

Justin Hill, the younger, less heralded of the Hill brothers, ended up with one Loretta’s title of his own, 250 B stock, with Team Green in 2011. As a pro, he found his groove, eventually delivering the 2017 250SX West Region Championship and breaking a long title dry spell for the Monster Energy/Pro Circuit Kawasaki team. He didn’t have the amateur titles like his big brother Josh, but he ended up being the one to grab a professional number-one plate for the Hill family.

There are many, many stories of brothers at Loretta’s, and we could probably fill this whole feature with stories about them. Occasionally, both brothers show equal talent; occasionally one brother is clearly the star of the family. There are a few examples, though, where the less-heralded brother ends up finding surprising success as a pro.

As a pro, though, Malcolm figured it out and won the 2016 250SX East Region Championship. His pro career hasn’t been as prolific as James, but that supercross title speaks volumes for Malcolm’s overall ability.

One more like this: According to legend, Suzuki first started talking to the Dungey family because of the overall collection of talent of three brothers—Blake, Jade, and Ryan. Blake, though, was thought of as the fastest of the bunch, especially after he scored third overall and a moto win in a 65cc class in 2004. Ryan Dungey? He was ninth and fourth in his two Loretta’s classes in 2004.

Suzuki signed the Dungey clan for 2005, and suddenly it was Ryan who went nuts and started winning. By 2006, he was winning races in 250SX East Region as a pro and embarking on one of the most successful careers in the history of the sport.

What about the other brothers? Jade Dungey is still gainfully employed in this industry as a mechanic with Red Bull KTM. Blake Dungey is part of a brand marketing firm called Octane Labs. Josh Hill is still going big on bikes, recently getting into a trick innovation war for this year’s X Games Real Moto edits, and racing Monster Energy Supercross as a fill-in for Monster Energy Yamaha.

Amateur talent scouts have a tough time figuring out the complex formula of who will succeed as a pro. They’ll turn over every rock and stone trying to unearth the next untapped resource. Occasionally, though, the next professional champion is sitting right there, next to the rider who is already expected to win.