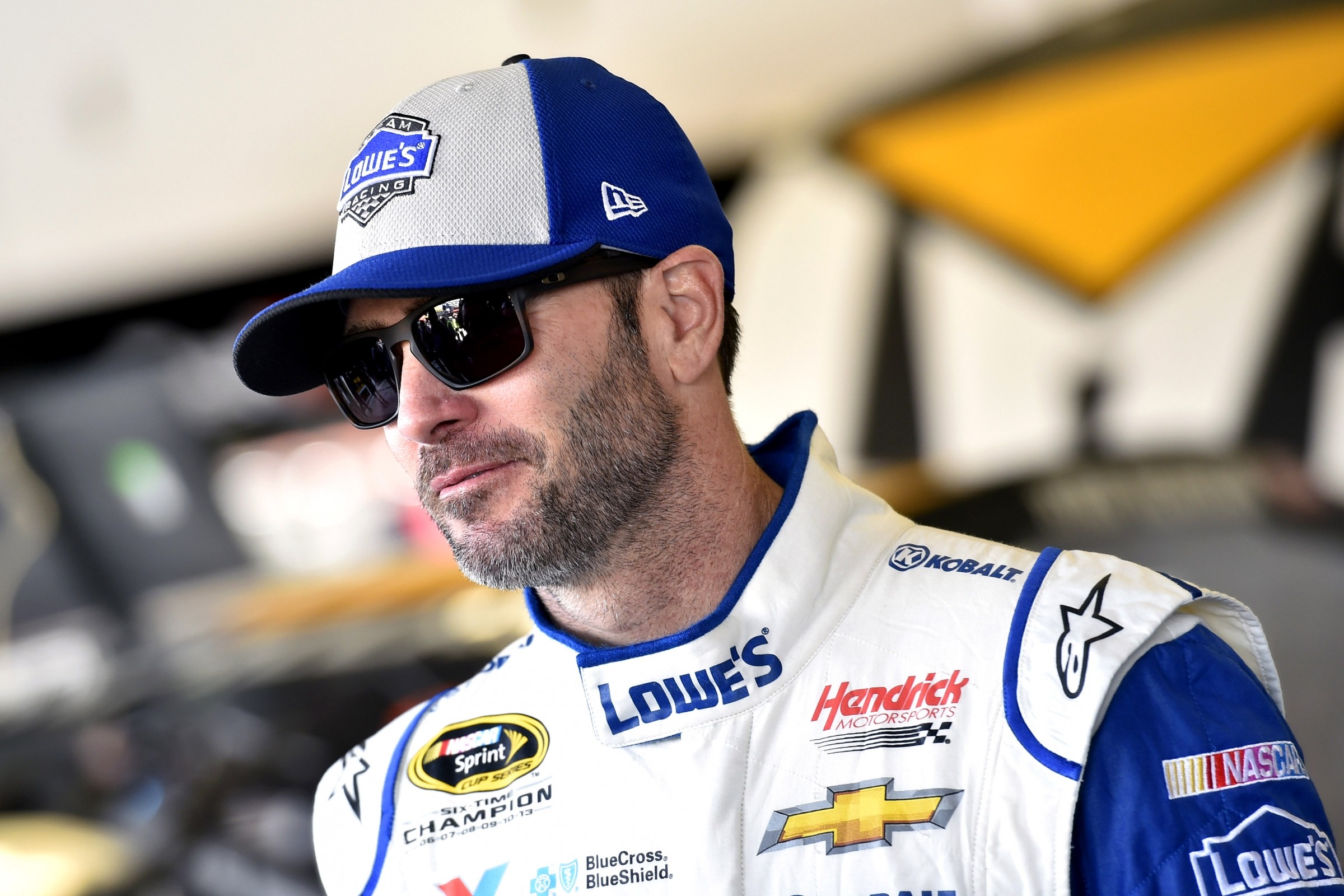 The most successful athlete to ever roll through Loretta Lynn’s Ranch? It’s not James Stewart, Mike Alessi, or Ricky Carmichael. It’s Jimmie Johnson, now arguably the greatest driver in the history of NASCAR, with a record-tying seven NASCAR Cup Series Championships.

Jimmie didn’t grow up thinking of cars, though. He lived in the famous eighties El Cajon Zone hotspot in California. Jimmie raced Loretta’s just one time, as a Suzuki prospect with the powerful R&D racing squad in 1985. It didn’t work out so well, as young Jimmie is listed as taking 23rd overall in the 85 (7-11) modified class, which was won by “Hammerin’” Hank Moree, with Buddy Antunez in second.

Johnson’s one result at Loretta’s doesn’t result his speed at the time, as he was tabbed as a Suzuki prospect. As he moved into the next age group, it got tougher, as he explained to us in an interview with Racer X Illustrated two years ago:

"I did fine on bikes, but when I moved from the 9-11 class to the 12-15, I went from finishing well at Ponca and Loretta’s, moved to the next age bracket, and got my ass handed to me. So it was like a big wake-up call, and then I got hurt a couple times and I found my way into the off-road stuff. I needed all the runway I could get."

Johnson found that runway and his career took off. He became a successful off-road buggy and truck racer, which led (with the recommendation of Rick Johnson, who is not related, but saw a talent in the young kid from his hometown) to factory support from Chevrolet. As the Mickey Thompson Stadium Off-Road Grand Prix Series began to fade, Chevy moved their prospect to Indy car. Then they moved him to NASCAR. The rest is history. Johnson now owns five NASCAR Cup Championships, tying him atop the all-time title list with Dale Earhhardt, Sr., and Richard Petty. He is arguably the best NASCAR driver of all time, which also means he’s become more famous and made more money than any other motocrosser that ever competed at Loretta Lynn’s. You could say it all worked out pretty well.

What if Johnson had just stuck with moto, though?

“I don’t think moto would have worked out for me because I didn’t really find my way in motorsports until I was probably 25, 26,” Johnson told us. “I think watching the 250 class, 25 is just so old. I feel so bad for every moto guy. You finally get experience on your side, but now some think the body isn’t there. I’m very fortunate to be in a sport where, prior to my generation of drivers, guys like Junior Johnson wouldn’t hire you until you were 40. You wouldn’t get a chance to win a championship for him until you were 40. So cars really provide a longer runway, which I’ve been fortunate to experience. And I needed every bit of the runway to get my start.”

As a NASCAR-lifer now, Johnson is far, far away from his moto roots, although he does still train during the week alongside Justin Brayton. Johnson is known as one of the fittest NASCAR drivers ever, with triathlon training keeping him strong for his weekend job behind the wheel. The training is relatively new to him, though. He stopped with the moto scene before training really became a requirement.

“Racing moto, I rode for R&D Suzuki in ’85 and ’86,” he explains “I remember when they suggested that I start training. I was 13 or 14 years old and buying running shoes and going for a run. That was really interesting. I thought I just rode my BMX bike and that was good!”

Johnson never forgets where he came from, though, and admits NASCAR wasn’t on his radar at all when he was younger—it was all about motocross.

“Not even close. It was all moto,” he says. “Growing up in El Cajon and all the riders that came out of there and all the practice tracks that were around, no chance you’re thinking about cars. Then my dad, a friend of his owned an off-road buggy that raced in the old Mickey Thompson series. So then my eyes started opening up to four wheels, but it was still a very moto-influenced style of racing. So my heroes were Rick Johnson and that whole era, and then on four wheels, I was like, well, Ivan Stewart’s pretty badass, too. I didn’t know anything about NASCAR.

"When my professional career started advancing and Chevrolet was taking me around and trying to see where I’d fit best, I finally went to my first cup race. But even then, my eyes were on Indy car with Rick Mears, Roger Mears, Robbie Gordon. Everybody on the West Coast was so Indy-focused, that was where I wanted to be, plus those guys had some off-road background as well. Then Chevy said, ‘We’re pulling out. If you want to have a future in motorsports you need to think about NASCAR.’ I’m like, ‘Whatever I’ve got to do.’”

Well, it didn’t work out for Jimmie at Loretta’s, but it certainly did in life. You never know who is on that gate down in Tennessee and what they might become.