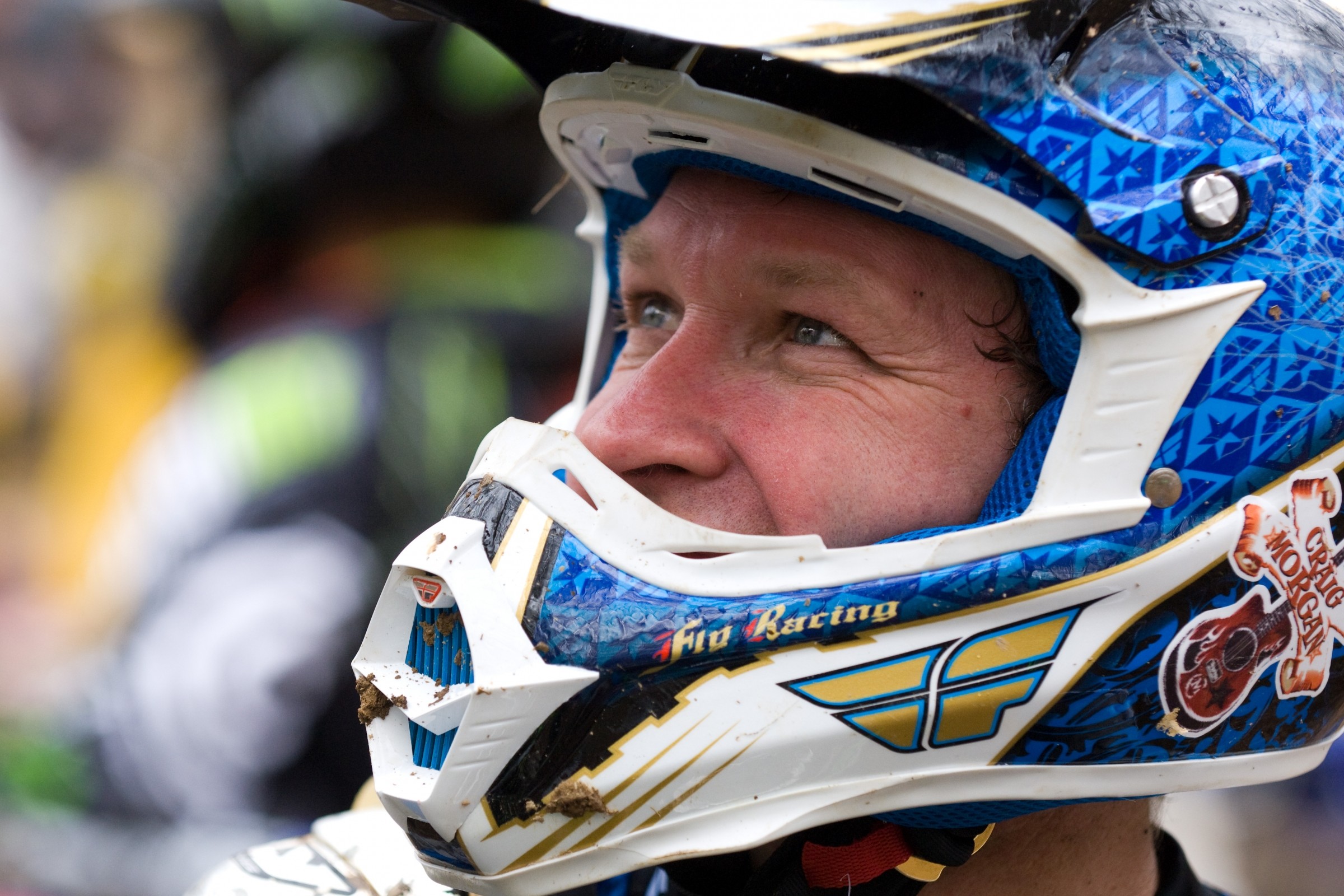 Today, many know Craig Morgan as a chart-topping country music artist who performs to sold-out crowds. He has had seven singles appear in the top ten on Billboard’s U.S. Hot Country Songs chart, including “That’s What I Love About Sunday,” which reached number one. What you probably don’t know about Morgan is that as a kid growing up in Tennessee, he served as a caution flagger during the early years of the AMA Amateur National Championship at Loretta Lynn’s.

Craig Morgan Greer was born in Kingston Springs, Tennessee, an hour outside Loretta Lynn’s Ranch in Hurricane Mills. Morgan was—and remains—a motocross enthusiast. While he never raced at Loretta’s, like a lot of local kids, he worked when the races came to town and served as a flagger during those early years at the Ranch.

Prior to his rise as a country music star, Morgan served on active duty for nine and a half years in the US Army as a member of the 101st and 82nd Airborne Divisions. He remained in the reserves for another six and half years.

When Morgan returned to Tennessee, he worked various jobs before landing in the country music capitol of the world, Nashville, where he began singing demos for other songwriters and publishing companies. He eventually landed a deal with Atlantic Records and released his first album, Craig Morgan, in 2000.

Although Morgan has risen to country stardom, he keeps close to the motocross community. He returned to perform for all of the amateurs and their families at Loretta Lynn’s in 2009. He’s performed the National Anthem at the High Point National one year, and he has also been the headliner at his close friends Kevin Windham’s charity event, A Party in the Pasture. He even raced the Snowshoe GNCC in West Virginia in 2014!

Morgan still lives nearby, so don’t be surprised to see him pop up again soon at the Ranch—only the next time, he won’t be flagging!