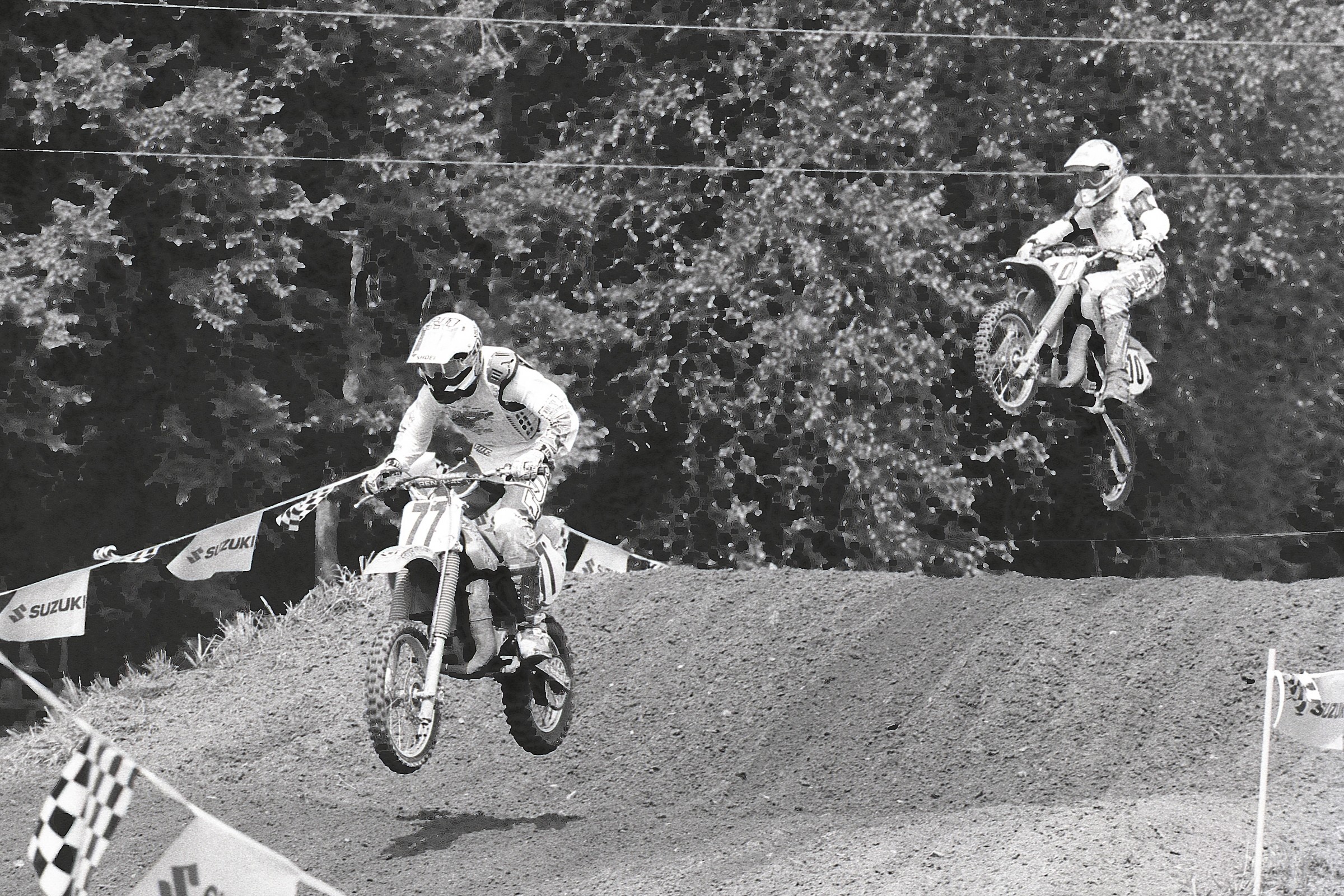 Competition has been a part of the Bowyer family our entire lives. I am the oldest of three brothers who grew up traveling the country in a motor home chasing trophies while racing the fastest amateur racers in the land. The charge began on the dusty and windy tracks of Kansas, where Clint, Casey, and I watched legends like Jeff Emig and Denny Stephenson race and climb their way to motocross stardom.

I remember sitting on the back bumper of Emig’s box van in Wamego, Kansas, and drooling over his mega-trick Gary Emig Racing KX80. One of the other racers walked by Emig’s pit and said, “That boy is going to clean house at Loretta Lynn’s this summer.” I remember asking my dad, “What is Loretta Lynn’s?” The next summer (1988), we entered our first area qualifier. However, it was only Clint and I by then, as Casey had suffered too many horrible crashes and Pops made him hang it up. Clint had become one of the fastest PW50 racers in the Midwest and was winning at every track in Missouri, Oklahoma, and Texas that we went to. Meanwhile, I was coming into my own on my KX60.

I vividly remember the tension at the South Central Regional Qualifier in Tyler, Texas. Pops was on no sleep after the nine-hour drive, and there was something different about the race altogether. Our Pops told us, “Boys, we’re almost to the big dance. Ride your best today.” We rode well and we made it.

Driving into Loretta Lynn’s Dude Ranch for the first time was amazing. My brothers and I were peeking out through the top window of the overhead bunk on the motorhome as we made our way to Stage Coach Hill for our parking spot for the week. It didn’t take us long to find the old game room where all of the fast kids hung out and shot pool and played Excitebike. We were kind of funny-looking Midwest kids with blond mullets and stone-washed shorts and didn’t quite fit in with the cool kids from Florida and California. All the same, we made new friends quickly. We made our way to the famous rope swing at the creek where Damon Bradshaw and the other older cool kids were jumping off. This whole “Loretta Lynn’s” thing was pretty damn awesome.

It didn’t take long for lightning to strike, as Clint went out and won the first moto in the PW50 class. He had beaten Nick Wey to take the moto win, and I’ll never forget seeing my mom and dad jumping up and down at the finish line. I was a couple motos later and I was not able to keep the Bowyer streak going, as I crashed twice and finished my first moto in 21st. The second motos would be a reversal of fortune for Clint and me, as he suffered a series of huge crashes and would DNF. Meanwhile, I rebounded and grabbed a seventh. I would finish the week with 21-7-7 moto scores, and my Pops and I left with big smiles because I still had one more year of eligibility in the 65 7-11 class. We would be back.

I will never forget 1989. I would win the 65cc 7-11 title with 2-1-3 moto scores. In the second moto, I had a knockdown drag-out battle with this oddly short and extremely fast kid from Florida named Ricky Carmichael. I can close my eyes and remember taking the last lap in the third moto and knowing that I was national champion. This time it was my mom and dad jumping up and down for me at the finish line. It still brings tears down when I remember them saying at the trophy presentation, “And your winner from Emporia, Kansas, Andy Bowyer!” It was the best day of my young life.

We were both so fortunate to grow up with the magic of Loretta Lynn’s. It is competition in its purest form. It’s where kids from all over the country arrive with big dreams and go on to even bigger careers and lives.