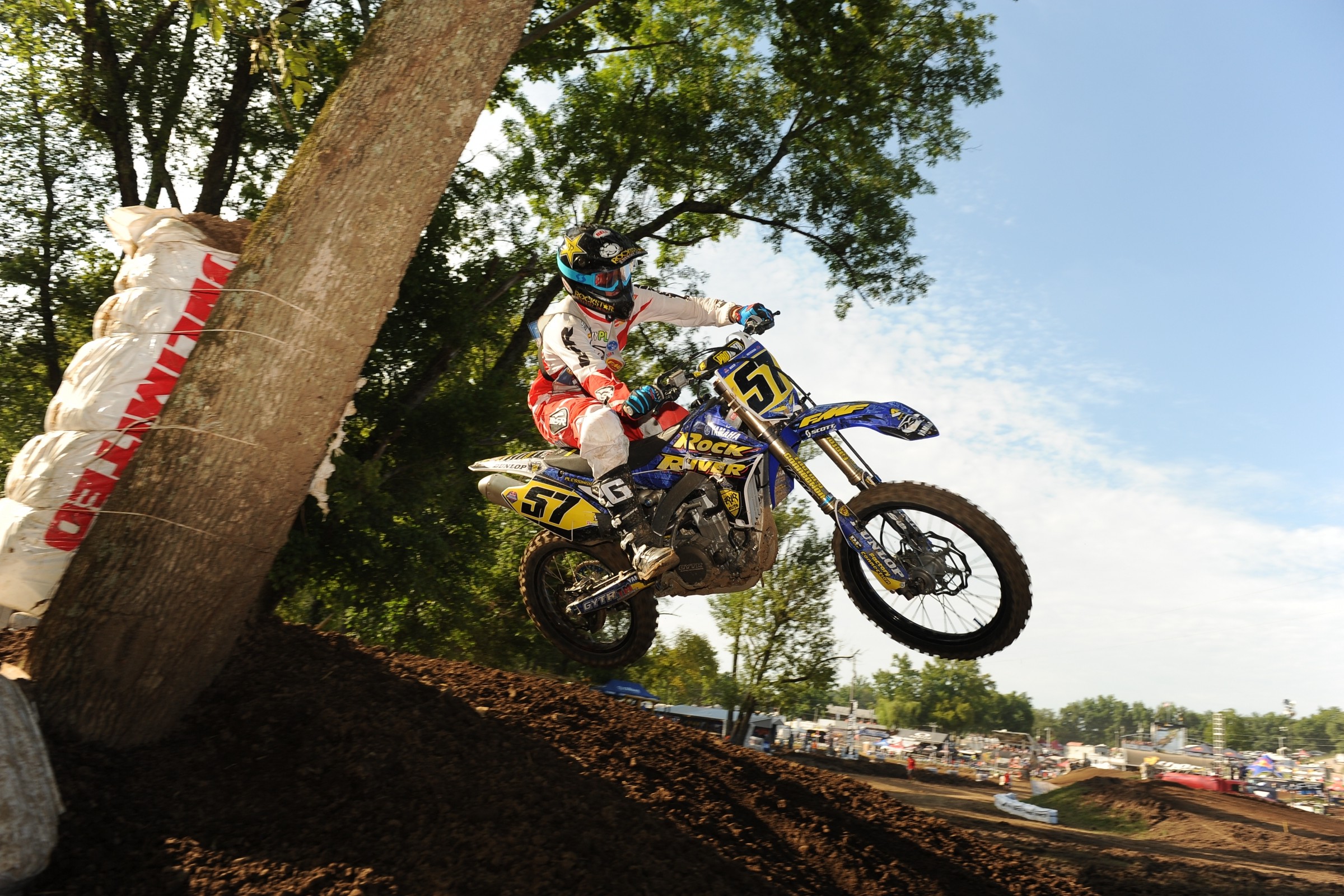 We will start our countdown with a pair of fathers and sons who have a lot in common. First of all, Eli Tomac is wearing the red plate right now, as well as the #1 in the Lucas Oil AMA 450 Pro Motocross Championship, while Aaron Plessinger is wearing the red plate in the 250 Pro Motocross Championship and recently claimed the 2018 Monster Energy AMA 250 SX West Region title—his first as a professional. Tomac rides for the Monster Energy Kawasaki team; Plessinger for the Monster Energy/Yamalube/Star Racing Yamaha team.

Before they become the standout professionals they are today, both came through the ranks at Loretta Lynn's. Tomac raced at the Ranch from 1999 to 2009, winning several titles along the way, including his last six in a row between '07 and '09—first on Suzuki RM80s and then on a Factory Connection CRF250. He was eligible for AMA Nicky Hayden Horizon Award that goes to the top amateur prospect graduating to the pro ranks, but at the time, it wasn't known if he was moving up to pro the next season or not. The award ultimately went to Dean Wilson.

Plessinger raced there as an amateur from 2004 to 2014, and along the way he won two titles—250 B and 450 B Limited in 2013. Like Tomac, he was considered a top candidate for that year's Nicky Hayden Horizon Award, but he had a disastrous last week as an amateur and did not earn the award. (Matt Bisceglia for the nod in '13.)

But here's the cool thing about both Tomac and Plessinger and how their fathers tie in to not only their time at Loretta's, but also how they are similar. John Tomac is an icon in the road cycling and mountain bike racing world, a Hall of Fame racer with a career that spanned some 20 years. And Scott Plessinger, Aaron's dad, was a multi-time AMA National Hare Scrambles and AMA Grand National Cross Country Champion, as well as a factory off-road rider for KTM, Yamaha, and Kawasaki.

Early in the careers of each of their sons, both John Tomac and Scott Plessinger qualified for Loretta Lynn's in Vet classes as a way to better understand the system and also race alongside their sons in the AMA Amateur National Motocross Championship. In John's case, he qualified for the Vet B/C 30+ class in 2001 and won the title with 2-2-7 scores. He also raced in 2002 in the Vet +30 class, but did not fare as well. In Scott Plessinger's case, he was already retired from his stellar off-road career when he qualified for the Vet +35 class in 2005. He did not do nearly as well as Mr. Tomac did, but it gave him invaluable knowledge of what his son would be going through coming up through the process.

And we should also mention that another father/son duo that had success at Loretta Lynn's was Frank Thomas and his son, Jason, of Melrose, Florida. In 1985, Frank won the Senior class. In 1996, Jason finished second in the 250 B class. He then embarked on a decent run in pro motocross, where he was on the AMA circuit for 15 years, traveled the world, and now contributes to Racer X while also working with Fly Racing and Western Power Sports.

While it may only be a coincidence that the current points leaders in Lucas Oil Pro Motocross are both the offspring of very successful racing dads from other disciplines, that both fathers and sons raced together at least one year at Loretta Lynn's is pretty cool!