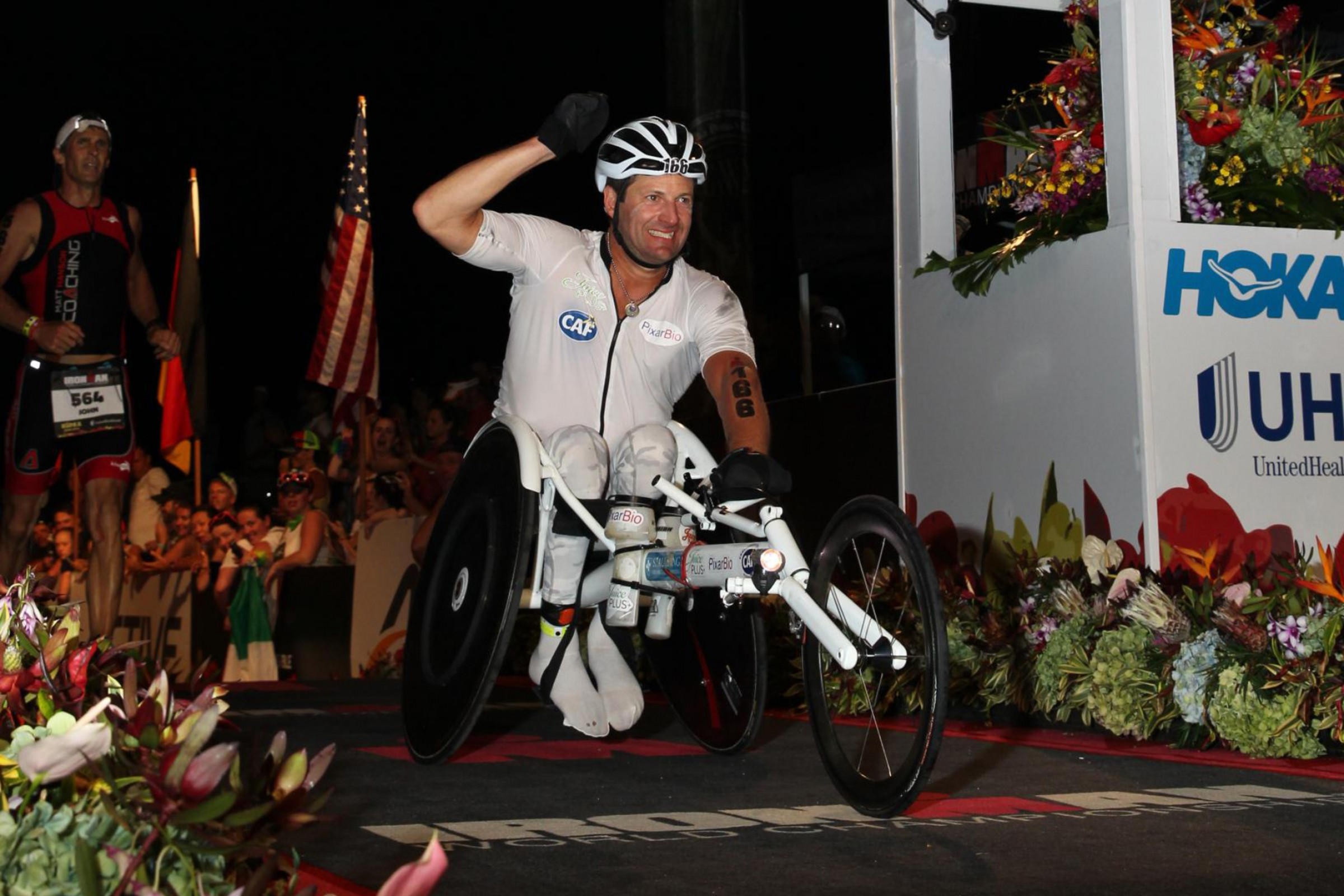 We got a tip for our Loretta’s alumni countdown last week:

Thanks for considering it.

Now that’s a cool story! Jason Fowler might have been too humble to submit a story, but once his brother roped him in, we reached out to Jason for a synopsis on his career. (You can find his Loretta's results here.)

“MX was my world from 1980 at age six until 1991, when I had my accident. Loretta Lynn's was a special place for our entire family, including my brother, who competed as well. Below are a bunch of highlights to give you a sense of my journey from MX to Ironman triathlons.

To get the other side, we emailed David Bailey himself, one of the all-time storytellers. Here’s the Icon’s take on Jason Fowler:

“Jason Fowler is very easygoing and humble, so it wasn’t until long after knowing him that he told me he won the 50cc race at Foxborough one of the years I won the SX in the 250 class! I thought that was pretty neat. I first met him right after the Boston Marathon. I heard there was a kid downstairs who wanted to know if I could come down and meet him—he had just been injured and was a fan, so I invited him up to the room, and it was Jason. We talked racing chairs and marathons, etc. Not long after, as I noticed handcycles popping up here and there, I decided to shift my focus to triathlons and maybe even the Hawaii Ironman. While I was figuring all of that out, Jason got good in the race chair and started doing a ton of races—including Boston!

“Things progressed for me in triathlon and I did the Ironman in Kona. Jason was also making the transition, so we got back in touch and talked handcycles, swimming, tri gear, etc. I wrapped up my Ironman quest with a win in Kona in 2000, and then I moved on. Jason was getting good, though, and I was stoked for him! I was sort of retired, but in 2009, after that whole pressure sore nightmare and some major health problems, I got the Ironman bug again.

“However, in order to qualify, I had to go to Lubbock, Texas, and finish in the top two out of however many showed up. I think there were 11 entrants, and one of them was Jason Fowler! Wow... who would’ve thought? We had a great race. He beat me out of the swim, I passed him in the transition onto the bike, and I led all 56mi into the final segment—the 13.1-mile half marathon. In transition, he pounded a Red Bull and we went bar to bar until the final miles and he slowly pulled away and won. I was second, but that was okay—we had earned the two tickets to paradise (Kona, Hawaii)!

“We both worked so hard preparing for that event. I figured I could beat him in Kona, and after coming out of the swim just behind him, I passed him on the bike and figured, that’s that, I’ve got him! But that kid was like Rocky! Jason kept coming back. We swapped positions six to ten times in the first 25 miles, and I finally throttled up and got away. For the next 87 miles, I thought I had it. In transition from the bike to the marathon, I figured all I had to do was keep it together. I thought I had it, but Jason came flying into the transition area with fire in his eyes! I thought I had about a ten- to 15-minute lead, so I was shocked—and worried! Here we go again, just like Lubbock.

“I gave it all I had for about 17 miles or so and couldn’t shake him. Just like at Lubbock, he had a little extra and slowly pulled away. He earned it, and I was really happy for him. He beat me, but I was still happy. During 2006-2007, I ended up in pretty bad shape and never imagined being able to do the Ironman again, so having a great (and hilarious) battle with Jason was the icing on the cake. Just incredible battles with Jason in triathlons—stuff I will never, ever forget.”

Great stuff, guys. How cool is it that the Ironman Triathlon, probably the most grueling event on Earth, came down to two guys with motocross backgrounds? Says a lot about the heart it takes to be a motocrosser.

Thanks for the stories, guys, and congrats on a heck of a post-motocross career, Jason Fowler.