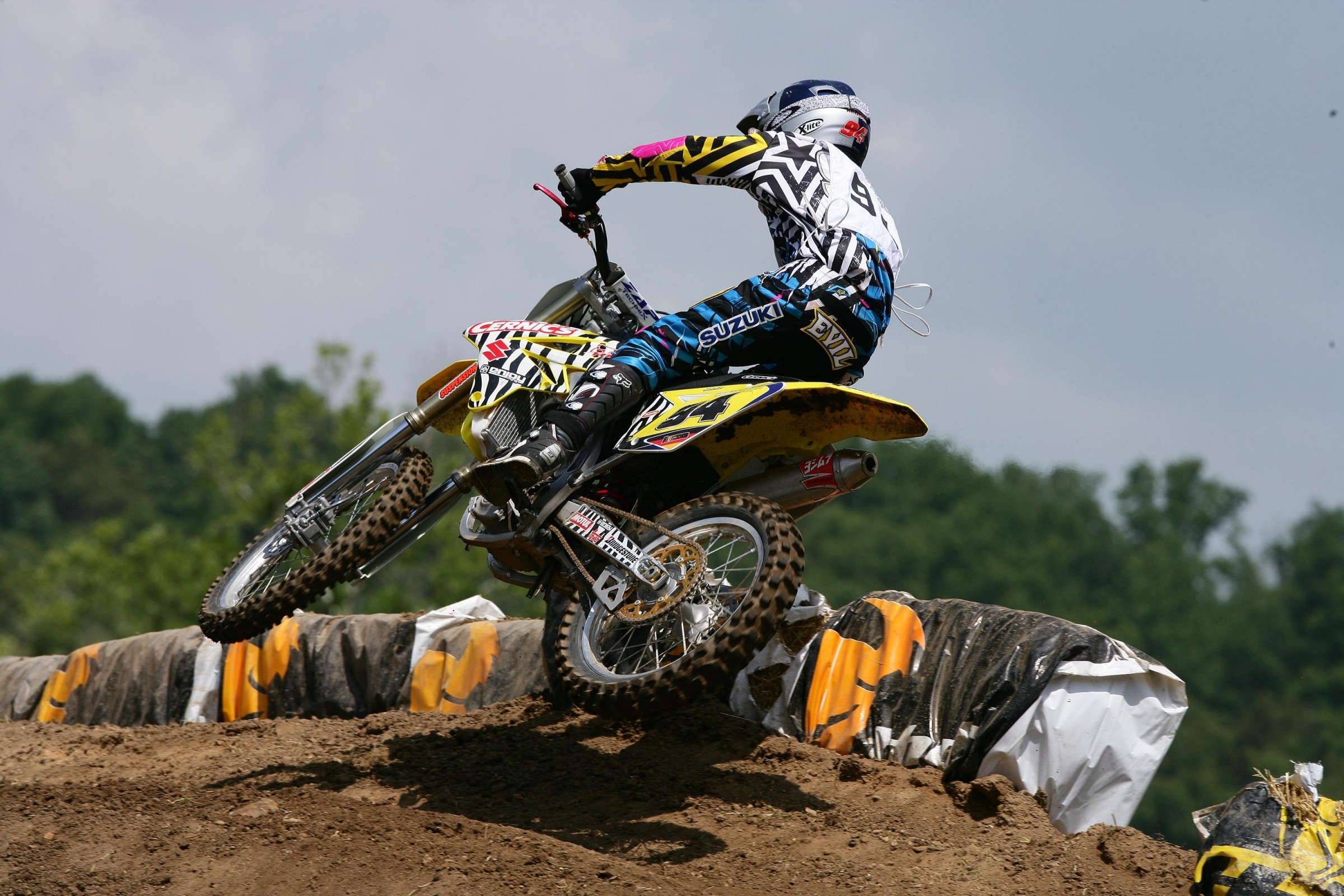 The year 1982 made for the perfect launch point for a new AMA Amateur National Championship at Loretta Lynn’s Ranch. The world power of motocross was at a crossroads, based on Team USA’s stunning victory at the Motocross and Trophy des Nations one year earlier, and by the end of ’82, Americans would deliver FIM Motocross World Championships for the first time via Brad Lackey and Danny LaPorte. America was taking control from Europe, with supercross skills forging advanced, aggressive riding techniques. By the end of the eighties, young Europeans started to have dreams of racing in America. One man made that dream come true—Frenchman Jean-Michel Bayle—and the flood gates began to open. To put this simply, by the end of the seventies, America was quickly on the verge of a global takeover. By the end of the eighties, Bayle was about to prove Europeans could beat Americans at their own game. By the end of the nineties, professional American racing had become a global stage.

The American amateur system had a moat built around it, though, because racing Loretta Lynn’s requires, for everyone, qualifying through the area qualifier and Regional Championship system. Foreign riders would have to find a way to travel to the U.S. three times in order to race Loretta’s—a qualifier in the spring, another qualifier in the early summer, and the national championship itself in August. Arranging that much travel, as well as bikes, parts, and logistics, pretty much kept European riders away until they had turned professional. Two European super talents were so good, though, that their teams, sponsors, and local backers wanted to get them a test on America’s big stage. When you realize how good Christophe Pourcel and Ken Roczen turned out to be, well, it’s perhaps no surprise. These kids were special.

Pourcel was the first to really break the mold. The talented Frenchman traveled back and forth to race through the qualifier system in 2003 and found himself racing the Supermini class. As it would turn out, he’d have a front-row seat to one of the all-time amateur rivalries, as Mike Alessi and Ryan Villopoto were lined up on the same gate. As expected, Alessi and Villopoto battled up front, and Alessi got the better of Villopoto each time, with 1-1-1 scores for the title ahead of Villopoto’s 2-2-2. Pourcel scored third each time—distant thirds, but still impressive results, considering he’d never raced at the Ranch before. Alessi and Villopoto were at this point well experienced in everything unique about this event—from the track to the weather, from the schedule to the format—and, heck, even wearing those trademark bibs. Pourcel busting out three moto podiums was considered a success.

Years later, he’d go on to win an MX2 Motocross World Championship, then briefly emerge again as a thorn in Villopoto’s side as a professional. Pourcel scored a shocking win at round two of the 2007 Lites West Region Supercross Championship. An RV-versus-CP rivalry was brewing until Pourcel broke his leg in practice the next weekend at Anaheim. Then came a huge crash and injury back in Europe that nearly ended his career. By the time Pourcel returned to the U.S. in 2009, Alessi and Villopoto had moved to 450s. He would go on to score back-to-back 250SX Championships and came about as close as one can come to winning a 250 National Motocross Championship without actually winning it—twice. Pourcel announced his retirement from racing late in 2017.

In 2008, the German Roczen got some stateside support from Suzuki (including help from longtime Suzuki power broker Jeff Cernic, owner of a successful Suzuki shop in Pennsylvania) and was able to travel back and forth to qualify for Loretta’s. Roczen’s performance in 250B Stock and Modified was underwhelming, as he finished eighth and ninth in his two classes, with a best moto finish of eighth. No doubt the oppressive heat and humidity took a toll on the young German.

Here’s a clip of Roczen from way back when:

Kenny delivered an MX2 World Championship back in Europe before moving to the U.S. full-time and becoming a two-time AMA 450 Motocross Champion. He recently won a moto at RedBud over the weekend, racing for Honda HRC.

While neither Pourcel nor Roczen won at Loretta’s, their later success as pros proved they were indeed as talented as their local supporters dreamed of back then. For a brief moment, the moat between the American amateur scene and Europe’s top young riders was crossed.