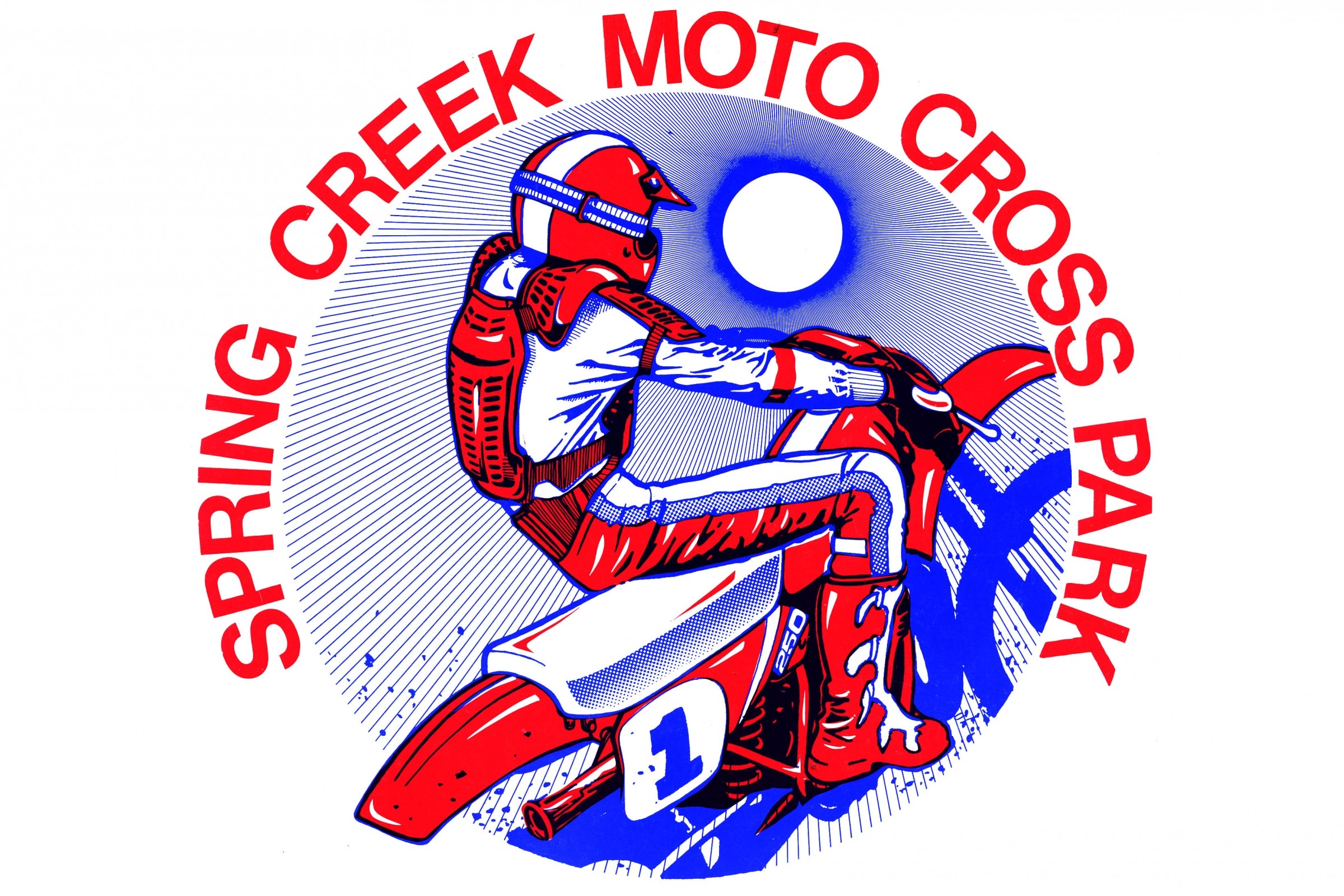 We're counting down the days to the start of the 2017 Lucas Oil Pro Motocross opener at Hangtown on May 20, with a look back at some of the most memorable motos in AMA Motocross history. This summer, you can watch all 24 motos on all of your devices on NBC Sports Gold. Today, we're looking back at Millville 1983.

In the history of AMA Motocross, there may not have been a more dramatic day of racing than the 1983 Spring Creek National in Millville, Minnesota, where all three class titles would be decided, as well as a bonus championship. It came down to the last lap, the last turn, and a single point, all settled by a bunch of Hall of Famers with names you will recognize.

Back in 1983 the AMA was approached by an outside sponsor about the possibility of having one big championship that would combined AMA Supercross with AMA Motocross points and name the winner Grand National Champion. The brand was Wrangler Jeans and a compromise was worked out between all of the existing promoters. This was pre-Feld Motor Sports (and pre-all of the other promotional concerns that came before it: Live Nation, Clear Channel, SFX, SRO-PACE, etc.), pre-NPG, and pre-MX Sports. Add it all up and you had a 27-race series to name one overall Grand National Champioin, based on combined points from the three outdoor classes (125, 250, and 500) and the one AMA Supercross Championship (250cc) that existed.

Back then SX and MX races overlapped each other often, and factory teams put equal emphasis on all three classes outdoors, except for Suzuki, which quit making an Open Class motorcycle by that point. But they were in the thick of all of the other titles on the line.

The AMA Supercross Champion would be decided on August 6 in Pasadena, CA, when Team Honda’s David Bailey outlasted Suzuki’s Mark Barnett with seven points to spare (289 to 282). But Bailey was riding the 250 Class outdoors, and Barnett was riding the 125 Class. In fact, Barnett was the reigning three-time champion. In ’83 he had his work cut out for him, as the 125 Class also included Bailey’s Honda teammate Johnny O’Mara, Kawasaki’s rising star Jeff Ward, and Yamaha’s rookie sensation Ron Lechien.

Bailey’s task was just a little easier. He had the veteran Bob “Hurricane” Hannah and the rising star Rick Johnson in the 250 Class, but both had been injured during earlier supercross races. He also had Suzuki’s Scott Burnworth to deal with, as well as Kawasaki’s Billy Liles. (Yamaha’s Broc Glover would win the 500cc title but had only managed a distant fourth in AMA Supercross.) Bailey had a straight shot at the 250 title, but the GNC crown was going to be a close one.

With a win at Washougal, Barnett took the GNC points lead. One week later in Lakewood, Colorado, on the old CDR Tech Track, Bailey would blitz the 250 Class while the teenager Lechien would absolutely dominate the 125 Class on his disc-valved works bike. Barnett struggled in Colorado to a fifth-place overall finish.

That meant Bailey had the GNC lead over Barnett by just two points, 817 to 815. He and Barnett would settle the first-ever Grand National Championship title, albeit in different classes, at Millville, Minnesota’s, Spring Creek, which was on the AMA Motocross schedule for the first time.

In the first 250 moto at Millville, “Hurricane” Hannah dominated while his Honda teammate Bailey seemed to struggle with nerves. Bailey ended up getting beaten by not only Hannah, but also Burnworth and Johnson.

“I was very nervous in the first moto,” Bailey admitted to Cycle News reporter Tom Kolnowksi. “I let Hannah, Johnson, and Burnworth get away from me at first, and I wasn’t able to make up enough ground.”

Barnett did better in the 125 Class, but he didn’t win either—the red-hot rookie Lechien once again led the way. But Bomber’s second-place finish meant he was now two points on top in the GNC standings. Barnett totaled 837 with a moto to go; Bailey held 835.

The second 250 moto saw Bailey start better, but Hannah was still going faster. With two laps to go Hannah was winning, with Bailey second. Would Hannah pull over to help his teammate, as he was notoriously told to do back in 1977 when he was riding for Yamaha and told to “Let Brock Bye?”

According to Cycle News, “While there was no pit signal specifically telling Hannah to back off the race, there was much speculation in the the air that a bit of team politics were on display. Whatever the situation was, Bailey and Hannah left the pack and were most certainly the fastest riders in the class, especially late in the race.”

Somewhere in the back during the second-to-last lap, Bailey got around Hannah and took the moto win. That gave Bailey a final total of 860 points. It also meant that Barnett would have to win his last moto to take the GNC title by a single point; another second-place and the title would belong to Bailey—by a single point!

The last 125 moto was the last moto of the day, and it could not have been anymore exciting. One thing was for sure: Bailey would not be getting much help from O’Mara, who was trying to focus on winning the 125 National Championship outright, but also riding with an injured ankle. Barnett had the injured O’Show and everyone else covered, but what about Lechien? Bailey would have to watch from the pits, unable to do anything about the outcome.

From the start, Barnett went for it, grabbing the holeshot and immediately gapping the field. But Lechien started well too, and he was soon up to second. Two laps in he shocked Barnett with a slick pass right in front of the mechanics’ area. From there Lechien tried to take off as the spoiler, and for 20 minutes he seemed untouchable. But Barnett was also putting in an incredible ride—likely motivated by having lost the SX title in part to a broken engine at the Boston SX, and some mechanical issues at some previous 125 Nationals as well.

With two laps to go Barnett put the hammer down, and he and Lechien were going so fast that they were lapping into the top 10. Soon it was the last lap, and they were approaching the guy that was about to clinch the 125 National Championship!

“As a clue to the type of pace Lechien and Barnett were setting, O’Mara, running in fifth, was about to be lapped by Lechien with only seconds remaining,” described Cycle News. “O’Mara didn’t see Lechien coming, and they collided only two corners from the finish. Barnett tightened the gap and nearly went past, but Lechien recovered quickly enough to save the win.”

“I thought I was going to lose it all,” said Lechien afterward. “Johnny didn’t see me coming at him and we tangled. Barnett almost took it.”

Barnett got so close to Lechien after O’Mara got caught up in front of them that he ran up on Dogger’s left leg in the last corner!

The disappointed Barnett couldn’t help but speculate on whatever happened between Bailey and Hannah out of view, telling Cycle News, "I was just the victim of some team racing by Honda, no doubt about it."

“He passed me, then I regained the lead late in the moto,” Bailey told Cycle News of his battle with Hannah. “Maybe there was a bit of team racing going on, but I wasn’t aware of any. I feel very bad about Barnett not winning. He is such a good rider.

“Both Lechien and Barnett rode really hard and it’s a shame that someone had to lose,” added Bailey. “I stood near the start line and watched. Everyone was running toward the finish line and I didn’t know what was going to happen. Then I heard the screams and I stood there with my fingers crossed. I saw Lechien come by with his hand in the air, and I can’t really describe the way I felt.”

Without being a part of the last dramatic moto, David Bailey won the 1983 Wrangler AMA Grand National Championship title. Honda celebrated his triumph with this season-in-review highlight film. (Fast forward to the 30-minute mark to see the frantic final moments of the championship, including the last turn at Millville.)