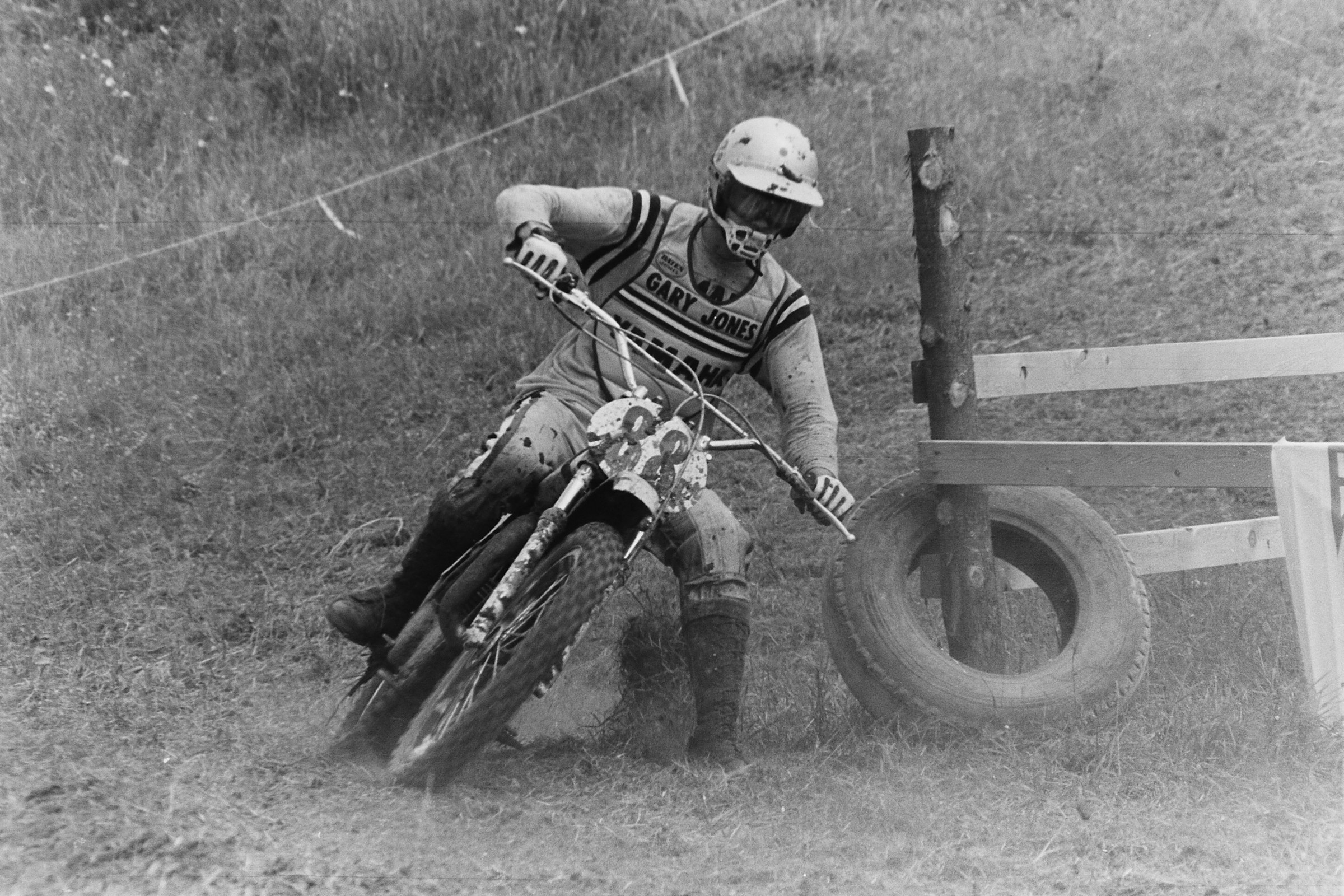 We're counting down the days to the start of the 2017 Lucas Oil Pro Motocross opener at Hangtown on May 20, with a look back at some of the most memorable motos in AMA Motocross history. This summer, you can watch all 24 motos on all of your devices on NBC Sports Gold. Today, we're looking back at Boise 1972.

In the beginning, there was Gary Jones. The first champion of AMA 250cc Motocross, Jones was a pioneer of American motocross. Hailing from Hacienda Heights, California, he was in the perfect spot for the birth of this series in 1972. He was already considered the best among American motocross riders based on the fact that he was “Top American” in the traveling 250cc Summer Viking Inter-Am Series, Edison Dye’s revolutionary follow up series that brought top 250cc Europeans over in the summer to compete against U.S. riders who were just getting their head wrapped around the sport. In fact, Jones was declared the de facto “national champion” in 1971 even though he didn’t win a single Inter-Am race—no American had beaten the Europeans up to that point—but his seventh-place ranking was the highest for a domestic rider in the final points standings.

The year 1972 marked the birth of a stand-alone American motocross championship, though it wasn’t completely detached from the Inter-Am tour. Each of the six Inter-Am events would also count toward the AMA National Championship, beginning with the first round in the hills outside of Boise, Idaho, hosted by the Owyhee Motorcycle Club. America’s best riders were all there, and the Inter-Am brought some big-name Europeans as well: Husqvarna’s Thorlief Hansen, Arne Kring and Gunnar Lindstrom, CZ’s Dave Bickers, and four-time FIM 250cc World Champion Torsten Hallman, who would be racing a Yamaha just like Gary Jones.

Back then, the Inter-Ams ran three motos, each at 30 minutes. The first moto was the one that proved most memorable, as Jones grabbed the holeshot on the hilly race course and disappeared with the lead on his #88 Yamaha. He would keep the hammer down the whole way, winning by more than 40 seconds over the veteran Hallman, one of his teammates for the series. Kawasaki’s John DeSoto would finish third.

The next two motos went the same way, with Jones winning each moto by more than 30 seconds, hoisting a bottle of champagne provided by event sponsor DiffBrake’s spokesmodel “Dolly DiffBrake” after each race.

Said Thorlief Hansen in Cycle News, “Last year I was lapping this kid and today I can’t even get close to him.”

“It was supposed to be another year away, that day when the Star Spangled Banner would play and the Stars and Stripes waving high, proclaiming victory for an American in an international motocross event,” wrote Cycle News’ reporter Buzz Baty of Jones’ breakthrough. “Not only should the Star Spangled Banner have played today, it should have been played with much gusto, and the Stars and Stripes should have been the biggest available.

Ironically, this was the one thing that the Owyhee Motorcycle Club overlooked: they didn’t have a tape of the national anthem to play during the podium celebration—they apparently weren’t expecting an American to win!

All these years later, Gary Jones’ presence is still felt in the series: the championship trophy for the winning 250 National Motocross Championship in Lucas Oil Pro Motocross is called the Gary Jones Cup. But his efforts that day in Boise would not resonate as much as coming “First American” wins would in 1973, such as Jim Pomeroy winning the Spanish 250cc Grand Prix or Jimmy Weinert winning the more prestigious Trans-AMA 500c race in Rio Bravo, Texas. There was also a “first” coming 13 days later that would overshadow what Jones did in Idaho—Marty Tripes would win the first Superbowl of Motocross on June 8, 1972, just 10 days after his 16th birthday.