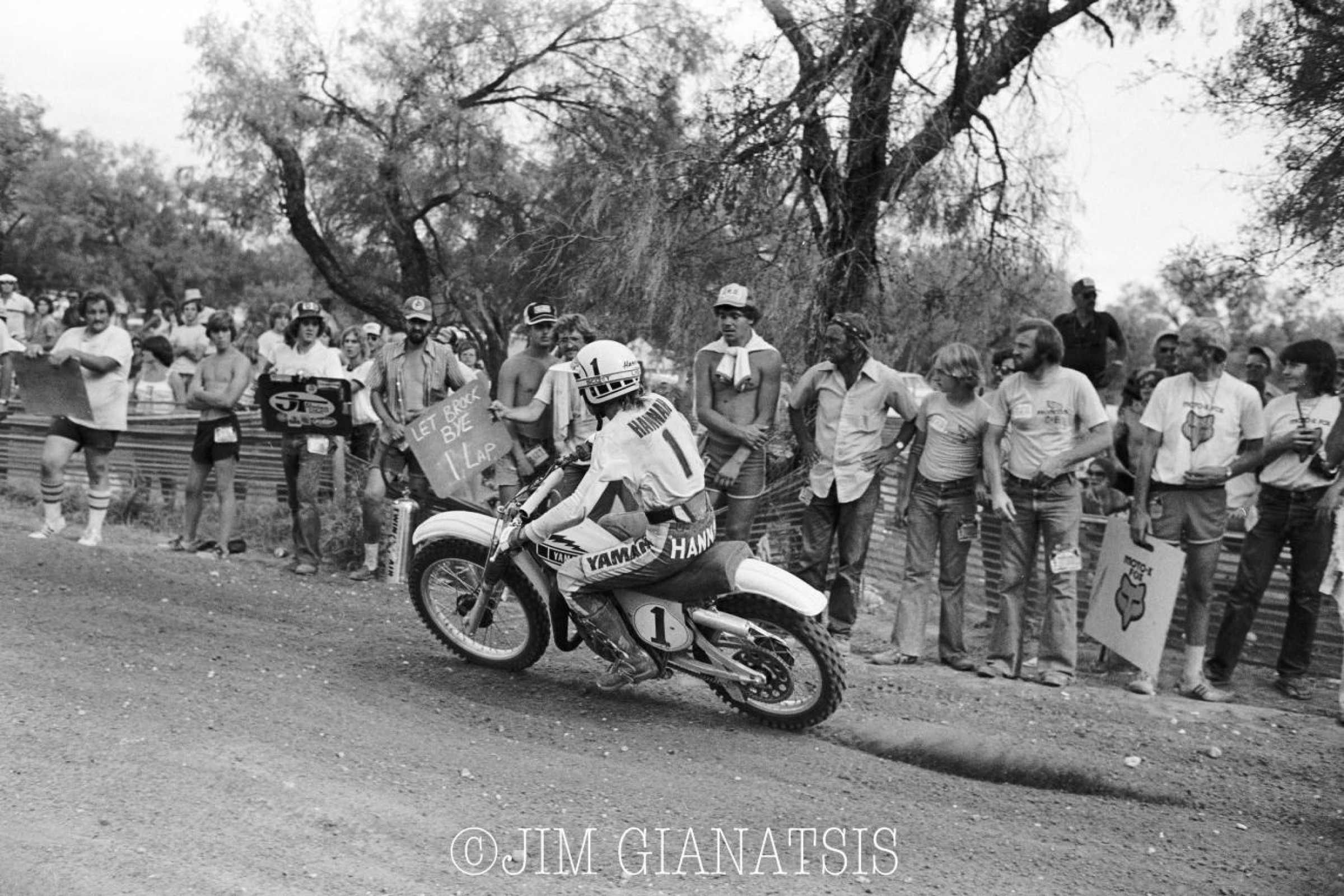 We're counting down the days to the start of the 2017 Lucas Oil Pro Motocross opener at Hangtown on May 20 with a look back at some of the most memorable motos in AMA Motocross history. This summer, you can watch all 24 motos on all of your devices on NBC Sports Gold. Today, we're looking at infamous "Let Brock Bye" race in San Antonio 1997.

Sooner or later, we were going to reach San Antonio 1977 and those three words that have bounced around bench racers ever since: “Let Brock Bye.” And of course it would happen just a few days after something caused quite a stir at the East Rutherford Supercross, when Red Bull KTM’s Marvin Musquin seemed to hand over the lead to Ryan Dungey in the waning moments of the race. In fact, every time a controversy like this happens—like when Jeremy Martin’s Yamalube/Star Racing Yamaha teammates seemed to let him by at the 2015 Utah National, helping him in his title bout with Musquin—people bring up “Let Brock Bye.”

Two misspelled words in a three-word message: Let Brock Bye. That was the signal that Yamaha’s then-boss Kenny Clark order Bob Hannah’s mechanic, Keith McCarty, to write on his chalk pit board on the last lap of the second moto, so that his teammate Broc Glover could win the 1977 AMA National Motocross Championship. Hannah, the defending champion, did as ordered, and in doing so he handed Glover the three championship points he needed to end up tied with Suzuki’s Danny LaPorte in the final point standings. And because he won more motos, Glover owned the tiebreaker.

It’s a complicated story, and I wasn’t there to see any of it, but it’s a race that lives on in infamy. A couple years ago someone who was there—the legendary journalist Jim “the Greek” Gianatsis—penned a piece about the second moto in San Antonio ’77 for Racer X Online, which you can read right here.

In Jim Gianatsis’ article he mentioned working with Motocross Action’s Jody Weisel for Cycle News at the event. Jody wrote an even deeper dive on the San Antonio moto and the whole 1977 AMA 125cc National Championship, which you can read right here.

Had Jody and Gianatsis not shot photos of McCarty’s pitboard—the only evidence that it even happened, and which was only held out for a few seconds—people might not have known that such team tactics were employed to decide a championship. And no one will dare write anything so obvious again. But it happens, obviously.

Glover never asked for the help, and it should have been largely forgotten by what he did in the years to follow, which was to add two more AMA 125cc Motocross titles, plus three 500cc Motocross titles, putting him second on the all-time list of motocross titles to Ricky Carmichael. Four years ago we listed him as the sixth-best American motocross racer of all time, behind only Carmichael, Hannah, Rick Johnson, Jeff Ward and James Stewart. To read more about his outstanding career, here’s an overview.

Even now, 40 years later, it still haunts everyone involved. In an interview with McCarty for Racer X Online, Eric Johnson asked Keith if the “Let Brock Bye” incident still bothered him.

“Yeah, absolutely it bothers me. It bothered me that we had to do it,” admitted McCarty, himself a member of the AMA Motorcycle Hall of Fame, as are Glover, LaPorte, and Hannah. “Maybe the way we did it, it could have been better. It was very disappointing because there were opportunities to not make it a public deal like it was. I know it was hurtful to Bob and hurtful to Broc, and it hurt a lot of people because it was public. You know, there is a lot of investment these people and these companies make in this and it was tough. It was a tough time. At the end of the day, it is what it is. And it’s part of history now, isn’t it? There’s no taking it back. If we had to do it all over again, I’m sure we would have, but in a different way.”