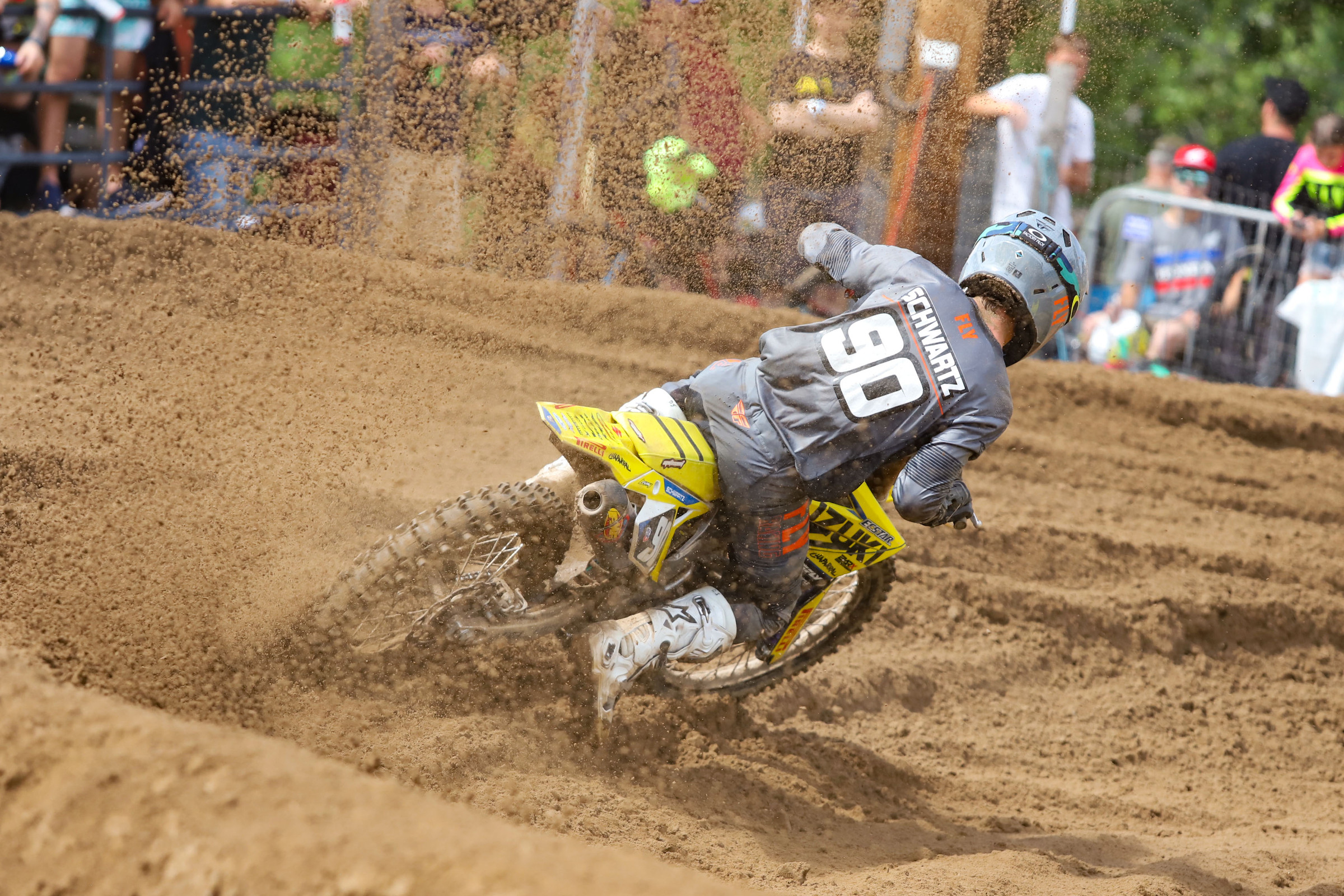 While it’s only halfway through October, the new year and racing season will be here before we know it, and there are many pieces of the industry puzzle being put into place. From teams reshuffling both their riders and team personnel, lots of people within the industry are on the move. You are probably up to date on the latest factory team signings and top-caliber riders, and Steve Matthes also provided an update on the newest movements from team managers, mechanics, trainers, and more last week. Today, we are going to get you up to speed on the privateer teams and their latest news. There are still some announcements to be made, but now that supercross prep is underway, several teams and programs are in place ahead of the 2022 Monster Energy AMA Supercross. Let’s take a look at a few that are locked in.

It was announced Justin Brayton would be returning to the team several months ago, but his teammates were just announced: Vince Friese and Mitchell Oldenburg. Brayton will pilot a CFR450R in the premier class as Friese and Oldenburg will be competing in the 250SX regions and splitting time in the 450SX class when the opposite 250SX region is racing. Friese will return to the team from last season as Brayton returns to the squad he raced with for several years before competing with Honda HRC and Muc-Off Honda in 2019 and 2020. Oldenburg also makes the move from Muc-Off Honda to the MCR squad.

"Our model with Vince and Mitchell riding the 250 Class on one coast and then the 450 Class on the opposite, plus Justin Brayton full-time in the 450 Class, is unique," stated team manager Tony Alessi. "The 2022 CRF250R is a new model for this coming season, and we are both excited and committed to developing this bike into a race winner!"

After the Maryland-based team made the announcement of a switch from Kawasaki to Honda, Alex Ray was the first confirmed rider on the roster. Ray will return to the team for his third consecutive year, and he will be joined by Cade Clason and Jace Kessler. Ray and Clason will be competing on CRF450R models in Monster Energy AMA Supercross, then Ray will become a crew chief for the Lucas Oil AMA Pro Motocross Championship as Clason continues to compete in all 12 rounds on a CRF450R. Kessler will race 250SX and then jump to the 450 Class for Pro Motocross. There is speculation that Jeremy Smith could return to the team, but this has yet to be confirmed.

On Monday, the team announced Justin Rodbell has joined the roster, as he moves from the SGB team but remains on a Kawasaki—this time a KX250 for supercross.

The team has yet to announce a surprise deal with a 450 rider, which should come within the next few days.

On Monday, it was confirmed that Coty Schock had joined the roster for 2022. The Delaware native spent the last two seasons with the FXR/Chaparral Honda Racing squad, having a career-best year in the 2021 (ninth in the 250SX West Region of AMA Supercross and 14th in the 450 class of AMA Motocross). With the FXR/Chaparral Honda Racing team shutting its doors after two seasons, Schock was able to stay red as he joins the Phoenix Racing Honda squad.

Garrett Marchbanks, Jace Owen, Dominque Thury are returning to the team, and the trio will be joined by Enzo Lopes, who is making his second go round with the team after spending 2021 with Phoenix Racing Honda. The ClubMX squad will be competing at all rounds of AMA Supercross and Motocross in 2022 with a full roster. Phil Nicoletti is going to race 250SX in supercross then the 450 Class of Pro Motocross as Alex Martin will pilot a YZ450F in the premier class all season long.

With the departure of Martin, the Yamaha-backed team is expected to have Tommy “TJ” Rios make his AMA Supercross debut before racing his first full season of Pro Motocross on a YZ250F.

Josh Cartwright (250SX) has joined the team and Bubba Pauli and Spaniard Joan Cros are expected to return to the team for supercross. Cartwright raced the 450SX class in 2020 and 2021 (missing a majority of this season because of an ankle injury in the preseason) but will compete in the 250SX class in 2022. Pauli and Cros will pilot KX450 machines in the premier class.

The Suzuki-mounted squad will have Derek Drake, Dilan Schwartz, and Preston Kilroy return to the team, as well as new recruit Carson Mumford. Drake, the most experienced rider on the team, had a rare heart condition over the summer but had gone through surgical procedures to correct it. Schwartz will take his second crack at supercross. Kilroy will make his supercross debut before competing in Pro Motocross, as Mumford jumps onto a #43 RM-Z250 following the closure of the FXR/Chaparral Honda Racing team.

Late last week, the Yamaha team announced the signing of Ryan Surratt with a unique press release, and announced Robbie Wageman will be returning to the team for a third-consecutive season as well.

The KTM team is expected to have Jonah Geistler and Chad Saultz returning for another year and amateur Jack Chambers is expected to make his AMA Supercross debut with the team as well.

The AJE Motorsports/Motul team has yet to officially announce specifics, but their Instagram has Chris Blose, Mitchell Falk, and Mitchell Harrison in its bio with their 2022 national numbers.

Blose and Falk competed with the team in 2021 (injuries hindered both riders) as Harrison raced aboard a Muc-Off Honda CRF250R.

On Wednesday, October 20, the AJE Motorsports/Motul confirmed its 2022 roster on Instagram, stating Blose, Falk, and Harrison will be their three riders.

Speaking of Muc-Off Honda, the team has yet to announce any plans for 2022.

Grant Harlan and Max Sanford are both expected to return to the Storm Lake Honda-backed team for 2022. The team also supported Izaih Clark in Hoosier Arenacross and Pro Motocross earlier this year and recently at the Ponca City amateur event several weeks ago.

Veteran Justin Starling is the only confirmed rider to his race team at this point.

As mentioned before, Michael Lindsay’s team has ceased operations after two years of racing AMA Supercross and Motocross, highlighted by Schock’s outstanding season in the premier class this summer.

The Washington-based dealership had operations a race team for several years at both the professional and amateur level. However, they posted to social media that they would not be competing as a racing program in 2022.