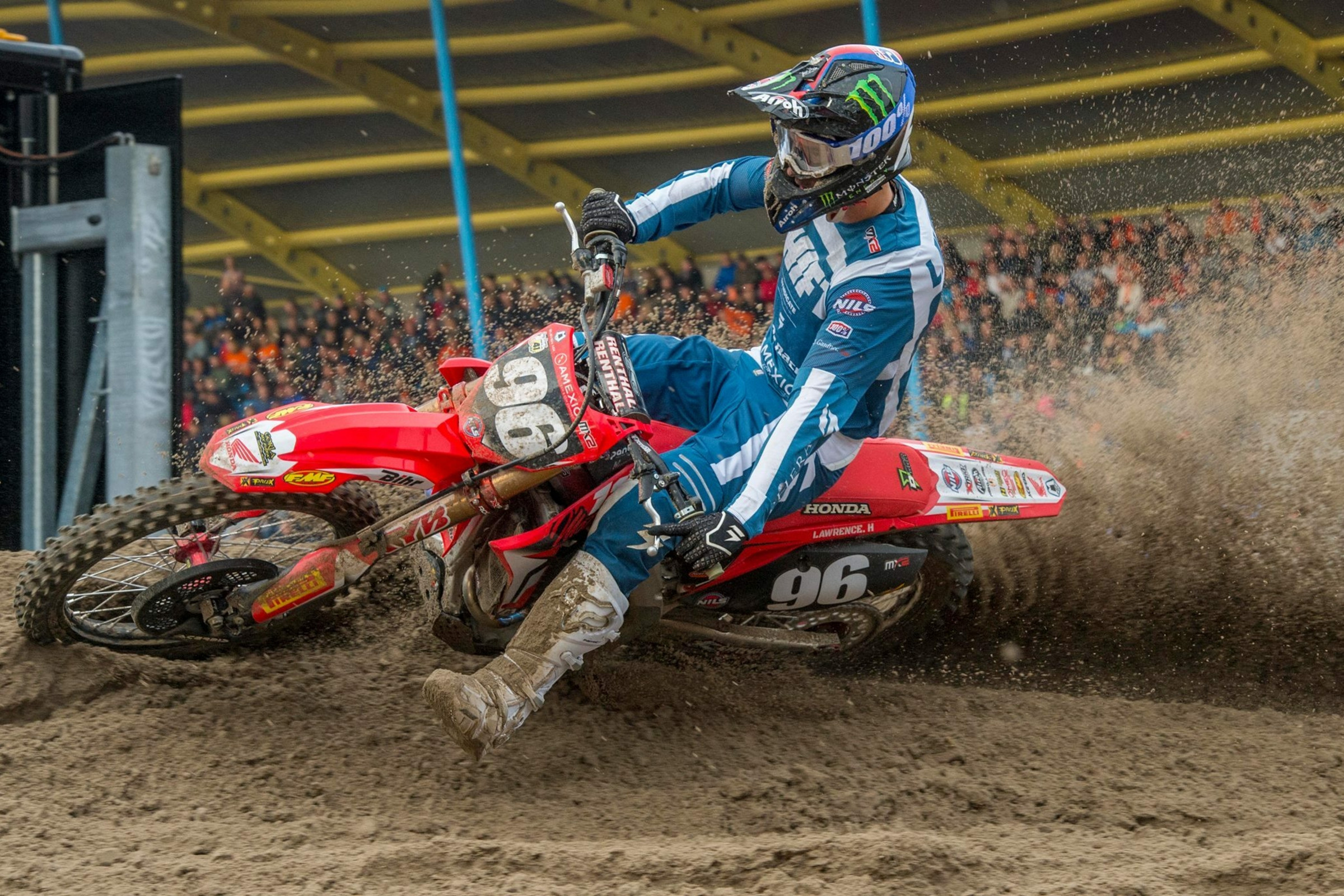 The 2022 calendar year is approaching soon. Here is the list of the top 99 and career pro numbers for AMA Supercross and Motocross, as released by the AMA, with some context added.

Cooper Webb claimed his second 450SX title with Red Bull KTM in his third year with the Austrian team. Webb will once again have a #1 on his Red Bull KTM 450 SX-F when the gate drops in Anaheim, California, for the 2022 season opener. However, when Webb lines up for the Lucas Oil AMA Pro Motocross Championship he will once again be #2, as he finished fourth in the 2021 450 Class standings.

The New York native claimed his first 250SX title last year and is expected to defend his title with a #1W on his Yamaha YZ250F in 2022. Once Cooper heads to Pro Motocross, he will return to his career number, #32. Cooper will be pointing out of the 250 Class following 2022, so this will be his last season before he jumps to the premier class in 2023.

A second title for the Monster Energy/Star Yamaha Racing team, Colt Nichols claimed the 250SX East Region title. He is expected to run the #1E plate in supercross in the 250SX East Region but will be #45 for Pro Motocross. Nichols’ #45 will be his new career number moving forward. Insert Colt 45 jokes here.

What a year for the Monster Energy/Star Yamaha Racing team! In just their first year in the premier class, 450 rookie Dylan Ferrandis claimed the title—the team’s third title on the year. After an impressive rookie season in the premier class, Ferrandis will return to the Star squad in 2022 and will defend his #1 plate against the rest of the field. However, in supercross in January, Ferrandis will once again be #14 (his career number he earned after the 2019 season).

Jett Lawrence became the first Australian to win the 250 Class Pro Motocross title while running #18. Since he won a national title, he was able to pick a new career number, so he stuck with #18. He will be repping the #18 on his Honda HRC CRF250R in supercross before slapping a #1 on it for Pro Motocross.

Baggett did not race in 2021 and therefore, did not earn enough points to keep his number. We have heard the AMA attempted to contact Baggett to ask if he wanted to keep his number one additional year, which is allowed if the rider requests it. Baggett did not respond. However, the number was not selected by either national champion (Ferrandis or Jett Lawrence) and will therefore remain unused in 2022.

McElrath raced two rounds of supercross before a back injury derailed what was going to be his first full season in the premier class. He is petitioning to keep his #12 for 2022, when he races aboard a Rocky Mountain ATV/MC-KTM-WPS 450 SX-F.

There were four different career numbers earned this year (highlighted by ** below).

As mentioned above, Lawrence had the opportunity to pick a single digit number since he won a national title, but he did not as he chose to stick with #18.

Tickle raced supercross with the SmarTop/Bullfrog Spas/MotoConcepts Honda but moved into a testing role with the Monster Energy Kawasaki team towards the end of the year. There has yet to be anything announced if he could become a fill-in rider if needed, but if Tickle lines up he will have his career number #20 ready to go.

Shimoda earned enough points to lock in a career number, so he will remain #30 for 2022 and beyond.

As mentioned above, Nichols is locked in with #45 as his new career number.

Martin Davalos earned #53 aboard his Monster Energy/Lucas Oil Team Tedder KTM 450 SX-F but announced his retirement prior to the 2021 Salt Lake City 1 Supercross. We do not expect him to race any points-paying races in 2022, but his number is reserved due to the 124 points the native of Ecuador earned.

The older Lawrence brother earned himself a new career number, choosing #96. Hunter raced as #96 in Europe in the FIM Motocross World Championship as a member of the Honda 114 Motorsports team before first racing his debut season in the U.S. in 2019 as #196. It’s good to see the Australian pick a number close to his heart.

Nod to the older Wageman brother for earning the final two-digit number for 2022, dropping his #621 from this year.

The following riders have not earned career numbers but have lucked into earning the same number in consecutive years.

After racing the 2020 season as #103, Anstie earned #34 for 2021. Well, after another solid year in 2021, Anstie repeated his placing in the national number standings and will once again be #34 in 2022—although you can expect to see him on a different bike than a Suzuki next year.

Robbie Wageman has locked down the #69 for the second straight year.

These guys earned a number that will bump from from triple digits to two digits for 2022.

Vohland was #115 for his debut pro season but will be #36 as his first two-digit number.

Varize had a solid debut season of supercross and put in a strong effort in Pro Motocross (picking up a ride with Rockstar Energy Husqvarna for the final two rounds) and will move to the double digits from his #241.

Kilroy dabbled in the pros in 2020 Pro Motocross before racing five rounds this season following the Monster Energy AMA Amateur National Motocross Championship at Loretta Lynn’s Ranch. He will be #68 in 2022.

After racing off-road desert races for several years, Surratt returned to the AMA Supercross and Motocross scene this year, putting in strong rides in the 450 Class late in the year. He moves from his #951 to #58 for 2022.

With the help of his sponsors, Canning was able to put together a solid full season of Pro Motocross. He will be into the top 100 from #376 he ran this year.

While running #441—oh and pursuing his MBA from Saint Leo University—Meshey put in a solid season that earned him a two-digit number for 2022.

Fleming will jump from #185 to #86 for 2022. However, Fleming announced on September 4th that he plans to move on from racing professionally as he begins a career working for Leatt in the sales department.

Runkles nation put in a great season of 450 Pro Motocross to earn a double-digit number for 2022.

The full-time ClubMX team trainer became a part-time rider this season, lining up for several rounds of Pro Motocross. He earned 29 points and a new career-best overall finish while running #307, giving him #91 for 2022 if he chooses to race again.

Kessler has moved to the pro ranks full-time and will not be #800 in 2022—Mike Alessi fans rejoice!

Like Runkles, Stepek is another Maryland native who put together a great season in 450 Pro Motocross. His #314 becomes a #93 for 2022.

German native “Nique” Thury moved to the U.S. full-time prior to 2021. He—and his dog Bailey—live and train at ClubMX and his first year here earned him #98 for 2022.

Here is the official press release from the AMA, with the numbers below.

The assigned professional numbers are used in competition, and the reigning champion races with the No. 1 plate when competing in the class or region in which the title was earned. When racing outside the rider’s title class or region, an assigned number is used.