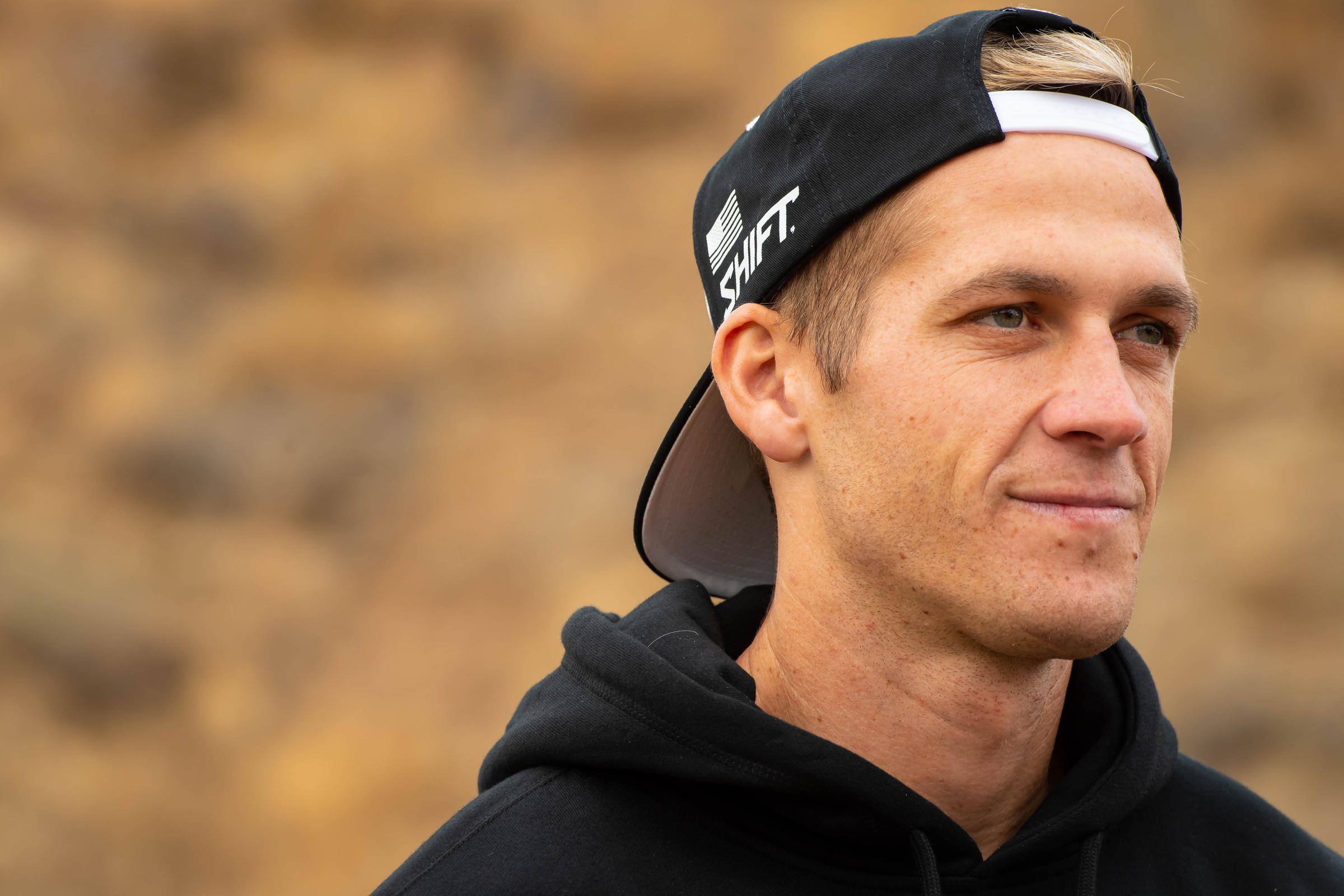 Insight Christian Craig vs. The FIM

Earlier this summer, GEICO Honda's Christian Craig broke news via Instagram that he had failed an anti-doping test from the 2018 Daytona Supercross. Craig stated in the post: “On January 23rd, 2019 I received an email from the FIM stating that an adverse finding was discovered from Daytona, March 10, 2018. Most importantly, I NEVER have or would knowingly take a banned substance! The FIM has agreed that they do not believe I intentionally ingested the substance. Of course, that doesn’t take away from the fact it was there. …My adverse finding was for a TRACE amount of Heptaminol, a drug I had never heard of till now.”

The suspension was initially announced as a two-year suspension from the testing date (March 10, 2018), which meant Craig would not be eligible to compete until March 9, 2020. This week Craig meet with the Court of Arbitration for Sport in Switzerland and he announced on Instagram today that the suspension will now be lifted on December 31. You can read his full post here.

Racer X’s Davey Coombs, Jason Weigandt, and Steve Matthes weigh in on the matter below.

Davey Coombs: If you know what FUBAR means in military jargon, you know that it could be used to describe the debacle that has been Christian Craig-vs.-the FIM, or maybe even more accurately, AMA Supercross riders-vs.-the FIM, a WADA signatory (World Anti-Doping Agency), which gives them 100 percent authority in administering and applying WADA code. Ever since James Stewart got popped for using a prohibited prescription drug without a TUE (therapeutic use exception), through the career-derailing cases of Cade Clason and Broc Tickle, to the much-maligned handling of the Christian Craig case, the PED testing process for Monster Energy AMA Supercross has been a mess. It has tarnished the series and sport in general in ways that make it seem  is if the long periods on inaction—it was nearly a year before Craig was even told that he had an adverse finding from the 2018 Daytona Supercross—and head-scratching inconsistencies (like the fact that Christian will be eligible before Broc is) are meant to make U.S. supercross racing look bad. After all, these four individuals who have run afoul of the FIM's testing process are four more than have been penalized in the FIM Motocross World Championships during that same time. (And the same could be said for the Lucas Oil AMA Pro Motocross Championship, though the testing there is conducted by USADA, the U.S. Anti-Doping Agency).

So what happened to allow Craig to force the FIM to wave a white flag at Monday's CAS hearing and almost immediately reinstate him? In a nutshell, it was the way his case was handled, the inability to give him a proper chance to defend himself due to the gross tardiness in even telling him there was an adverse finding, and possibly even their past record in quickly and evenly prosecuting these cases. Yes, there was something in Craig's sample that was not supposed to be there, and he paid a price for it in the loss of track time and reputation, no question there. But to ask him 11 months after the fact to reproduce a record of all that he ate or drank or ingested was an impossible task, given the time between the positive test and the first communication before the FIM and the athlete. He tried to cooperate, but it's folly to think that he or his nutritionist could accurately reproduce the personalized recovery drink that appeared to be the sources for the adverse finding more than a year later.

I strongly believe that we need PED testing for SX/MX and should continue with it, but I also strongly believe that our domestic series—and Monster Energy AMA Supercross is a domestic series, run entirely in the United States—should be working with USADA, not WADA, to oversee the testing and penalty components here. The fact that riders like Craig, Tickle, Clason, and Stewart have to argue their cases from the other side of the world with the Switzerland-based FIM is unfair to the athletes. It's like having to argue an interstate traffic violation in Tokyo.

It's time to clean up this mess before it does even more damage to our sport in general, though it's too late for the inordinate amount of time lost for guys like Christian, Cade, Broc, and James.

Jason Weigandt: When I first heard about the Christian Craig case, all I heard was wishful thinking. Team co-owner Jeff Majkrzak (who is also Christian's father-in law) explained to me the weird, bungled timeline where Christian failed a test at Daytona in 2018, but wasn't told about this for 11 months. Then, when he was finally told, he was then asked if he could produce a sample of the custom-mixed sports recovery drink he had used that day. Obviously, an 11-month delay in finding out a test result isn’t ideal, and there was hope that perhaps that error would lead to a more lenient sentence for Christian. That made sense, logically, but I didn’t expect that to happen. We don’t have a lot of evidence in this sport, but we do know the few athletes that have failed the WADA anti-doping test never really got their way. James Stewart had to wait forever for info, as did Broc Tickle, and Cade Clason never really found out anything, until out of nowhere, he found out his suspension had expired and he was free to go racing again. So, I expected Christian to face a tough sentence, regardless of any timeline errors.

So, when he finally did get a ban, it was the standard two-year deal, set to expire in March of 2020 (two years after the 2018 Daytona race). Craig did get a bit of a break because he had been racing during the 11-month delay in finding out his test result, and then a few weeks more while the FIM worked on his sentence. In reality, the two years was really only a few months, but Christian has maintained that the stress of dealing with this kind of wrecked his results, anyway (by the time he started racing, with an injured thumb, at the 250SX East Region opener in Minneapolis, he had finally been alerted to his test result, but was told to keep it quiet).

I completely and truly expected that to be the end. He would serve what amounts to two years, and there wouldn’t be any leniency shown for the 11-month delay, even though it would be virtually impossible for an athlete to comply with producing a sample of a drink made 11 months ago (remember, Craig was determined to have only a trace amount of a substance in his drug test. Unless you can produce the exact drink made on that exact day, nothing is accurate enough). Well, I was wrong. Christian managed to get his case heard all the way up to CAS (Court of Arbitration in Sport) which was neither cheap, nor easy, but it happened, and finally the FIM changed course and reduced his sentence. He’s bumped up a few months, which means he can race Anaheim in January instead of waiting until March 11 (which would result in even missing rounds of 250SX East). Those three months make a massive difference for his 2020 season.

So that’s good for Craig. What would be even better is if this sets some sort of precedent that ensures future cases are handled more quickly. I’m not sure that will happen here, though. I don’t think many are arguing against the idea of PED testing. I don’t think many are arguing that athletes that fail shouldn’t be penalized. What everyone is upset about is the delayed communication that left Stewart, Clason, Tickle, and Craig himself waiting and waiting for months or years without any answers. When you get to the point where athletes that fail anti-doping tests are winning the battle in the court of public opinion, the optics don’t seem right at all. It’s awesome for Craig to get his sentence reduced, but it would be even better to know this was the final straw, the one that tightens up this whole process so that the next rider who fails can at least get swift justice—even if that only means early and clear notification of a two-year ban.

From what I heard, the FIM decided to pull the case and settle with Craig before CAS had completed the entire arbitration trial. Craig gets time lopped off his sentence, but only as a direct bargain with the FIM, not because it was forced by an arbitrator. Maybe the FIM learned from this one, maybe not. We won’t know until someone else fails—and hopefully the next rider finds out much more quickly.

Steve Matthes: DC and Weege did a great job here recapping the Craig suspension deal, I'm just happy that he can resume his career because if you know Christian, you know that this was weighing on him emotionally all last year (he knew before the season started). I honestly can't say anymore about this because this whole situation with Feld/WADA/FIM gets my blood boiling and I will never understand why the guys at Feld stand for the treatment our athletes get. Anymore typing by me would probably result in DC having to edit me heavily so I'm done here now.