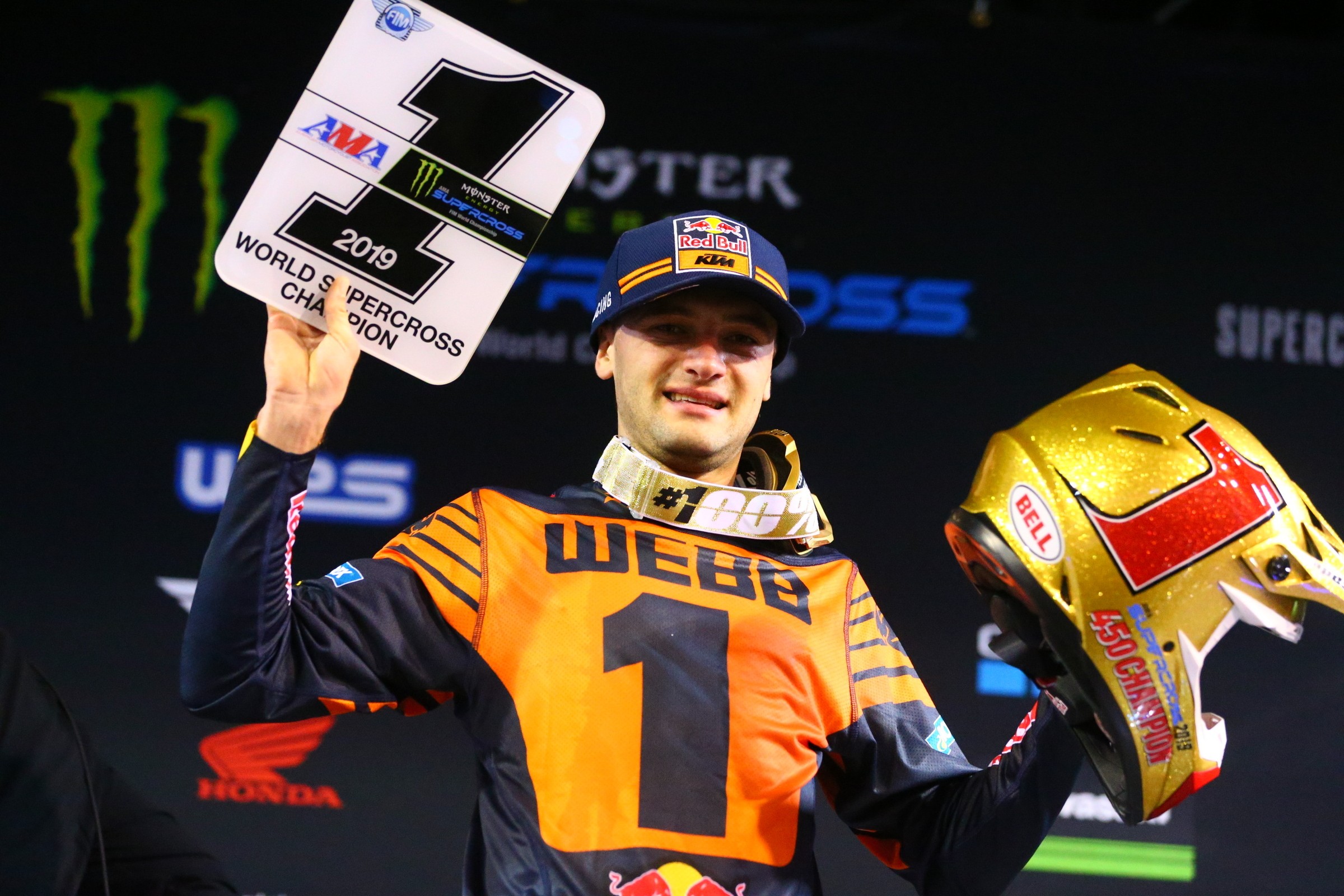 Red Bull KTM’s Cooper Webb put the final nail in the coffin last night in Las Vegas, site of the final round of the 2019 Monster Energy AMA Supercross Championship.

With an Eli Tomac win, all Webb had to do entering the night was finish 20th. Well, he did a lot better than that, as he capped off his first career 450SX title with a third in Vegas.

Tomac dominated the race but fell short of the title for a third straight year. Marvin Musquin finished second on the night and third in the championship.