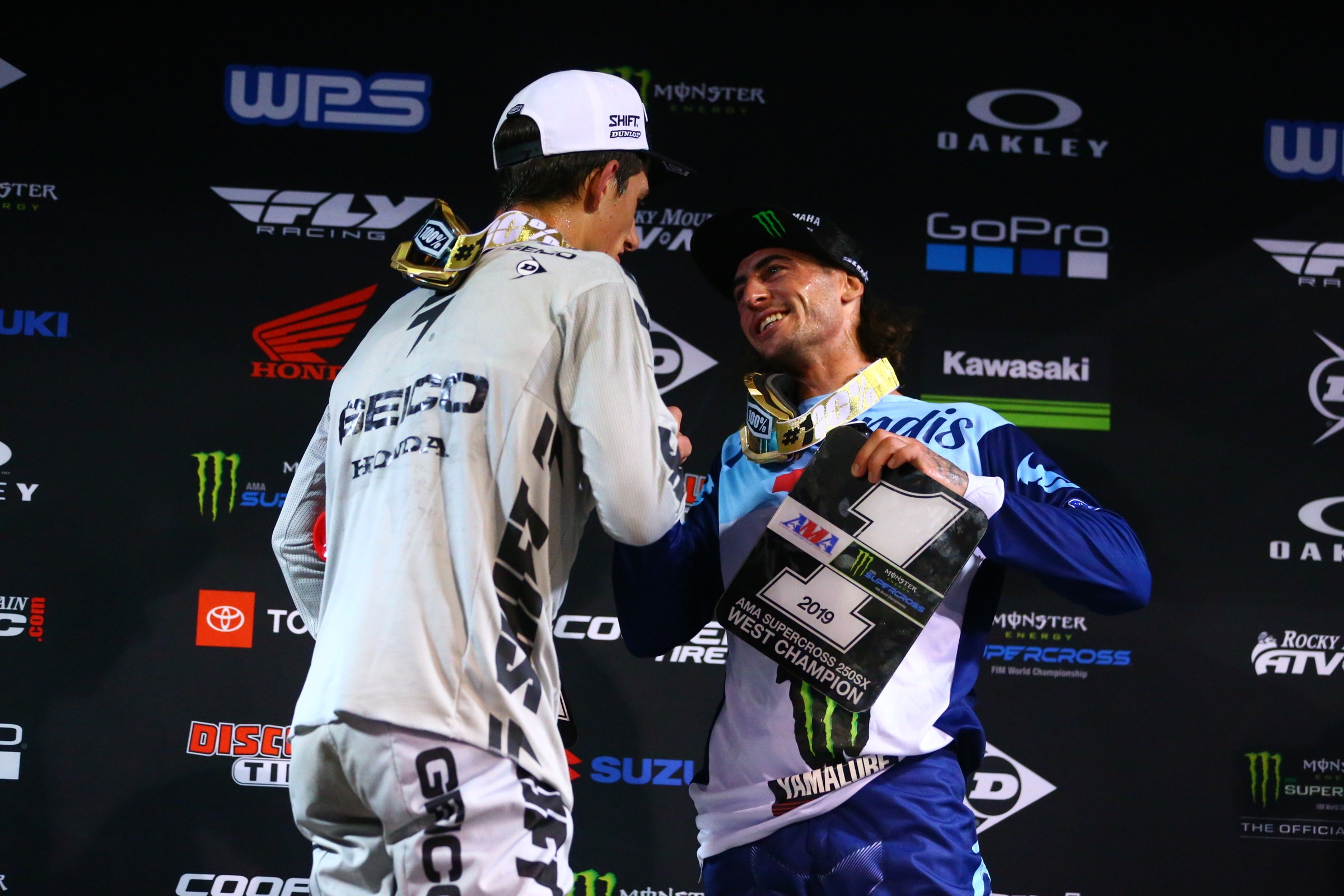 Between Sexton and Ferrandis

Late in the race, Adam Cianciarulo appeared to have the title in hand, but he crashed and had to stop in the mechanics area to fix his bike and eventually finished 20th.

This allowed Ferrandis, who took the lead just after the start, to claim his first career supercross title.

Ferrandis and Sexton spoke with the media after the race.