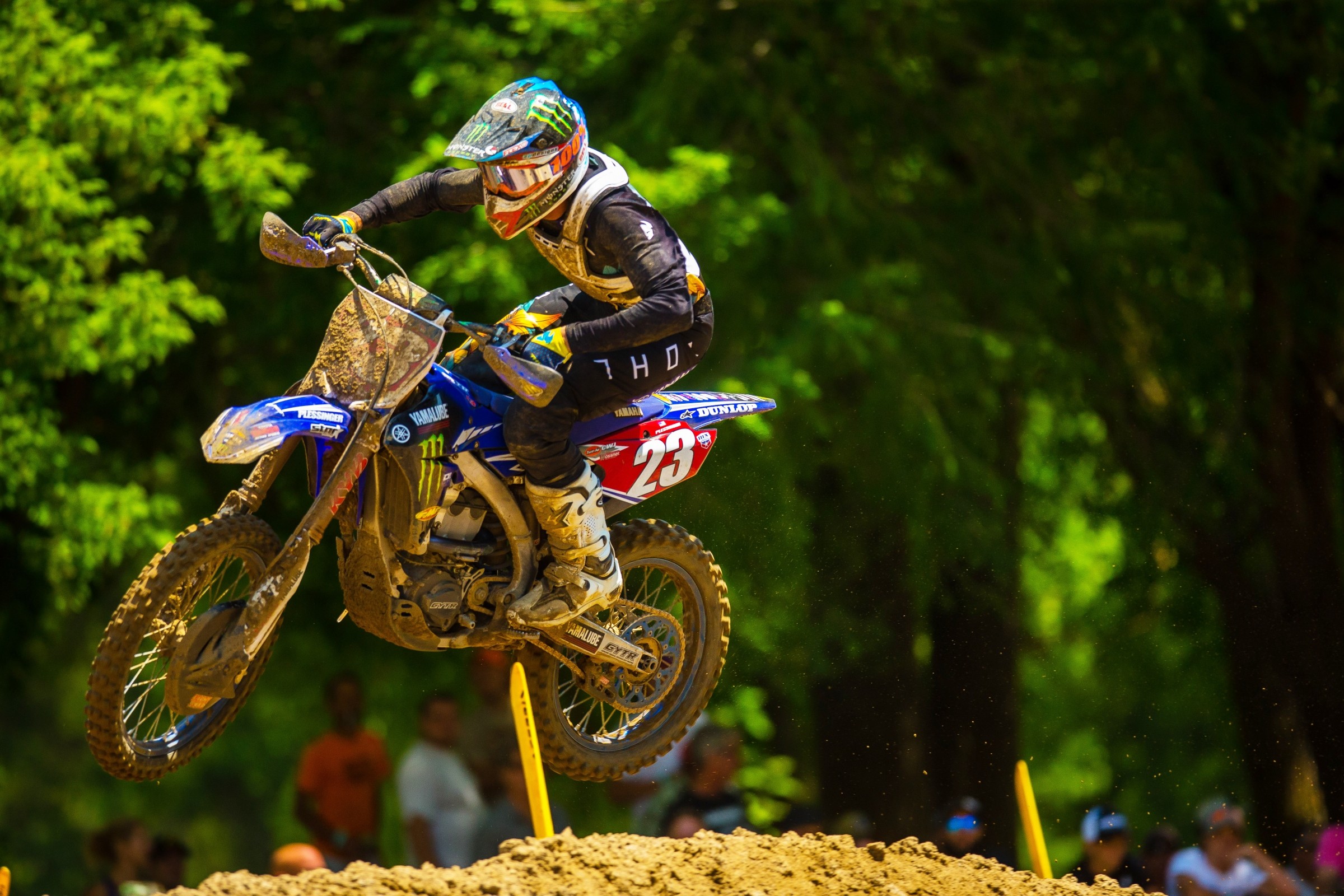 Spring Creek at Millville is one of the most popular tracks on the Lucas Oil Pro Motocross circuit, as the track offers up a wide variety of terrain. Most of all, the riders think it's a fun layout, with plentiful sand and traction in spots. However, some riders felt it was more slippery than usual this year, probably due to the huge rain that came in leading up to race day.

Still, riders are able to push the envelope safely at this track, and the challenges are numerous. From the famous sand whoops in the back to the massive ups and downs of Mount Martin, Spring Creek has it all.

Eli Tomac and Aaron Plessinger also had it all on this day, each sweeping the motos in their respective classes. We can dive into the data here to see how the races were won and lost, first starting with the traditional fast lap times.

Tomac Down The Stretch

Tomac's 1-1 didn't come without a fight from his competition, as Ken Roczen and Marvin Musquin made the Monster Energy Kawasaki rider push hard. In moto one, Roczen led Tomac for ten laps. Once Eli finally made the pass (with some help from a lapped rider that slowed Roczen), he finally had the room to unleash his full fury. His lap times were crazy fast compared to everyone at that point. Check it out.

After struggling in 250 moto one, Alex Martin grabbed the holeshot in 250 moto two and tried to hold Aaron Plessinger at bay. He couldn't—and Alex says it all came down to the largest downhill on the track.

“He was amazing—I was not up to that, at all," Alex said in our Best Post-Race Show Ever of Plessinger's downhill speed. "I actually was catching up to him in the sand rollers, which, I was blown away because his legs are so much longer than mine. I would catch him there and everything I would gain would be gone in that one section. I was trying different lines, but I almost died a couple times. I saw God a couple of times. I was like, 'It’s not worth it!' I tried my best, but AP was on it today.”

The segment times of the laps illustrate Alex's story. Segment 3 contains the sand rollers. Segment 4 contains the rest of the track—including the downhill. Note that Martin's average time and his fastest (ideal) time in Segment 3 was faster than Plessinger. Plessinger was better in Segment 4, though.