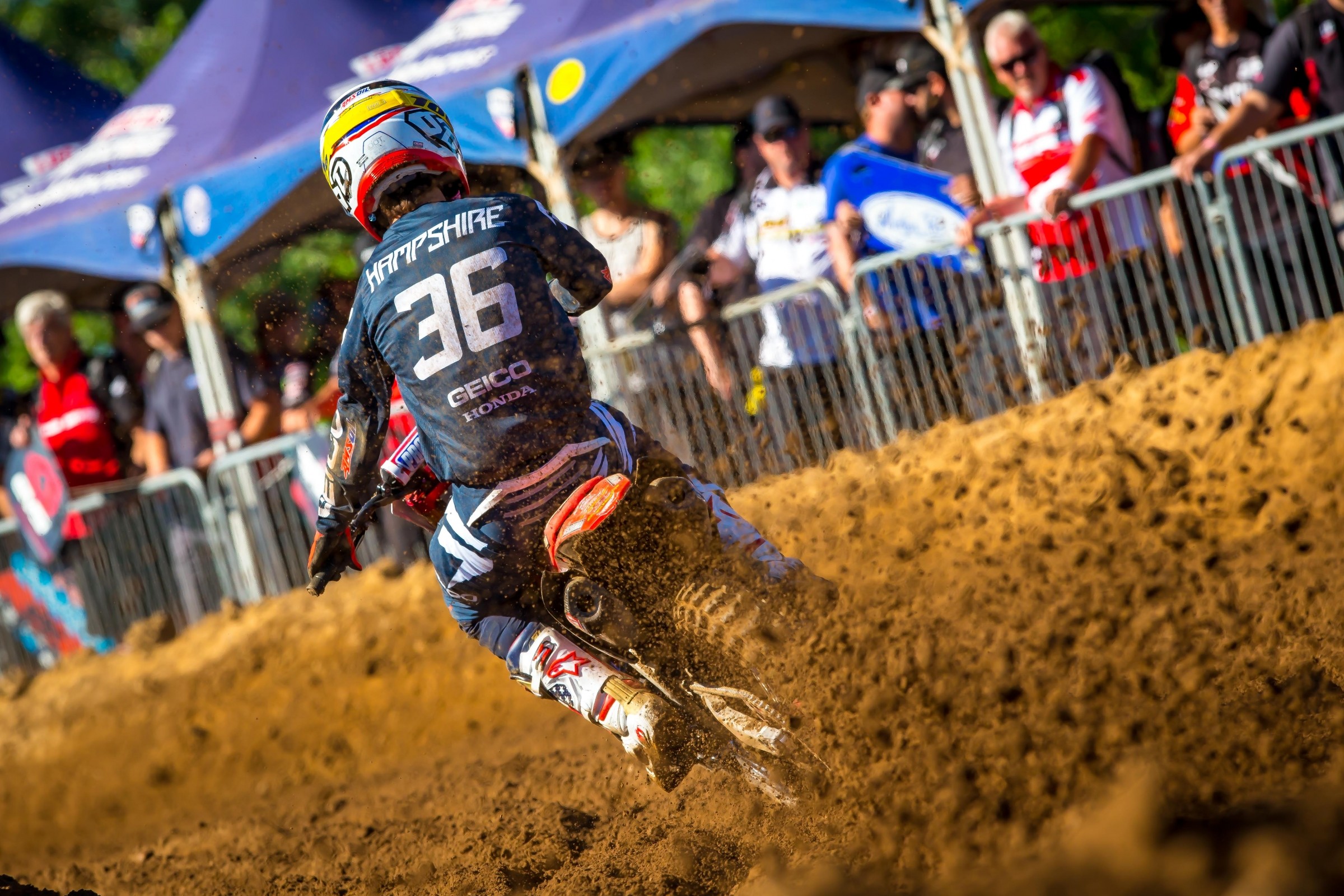 Comment: Anderson sustained a compound foot fracture earlier this season while practicing at Glen Helen. He hopes to get back to racing at Unadilla.

Comment: Chisholm underwent surgery after injuring his knee at High Point. He’ll miss the rest of the season.

Comment: Craig is out for the season after undergoing surgery to repair a torn ACL suffered at Glen Helen. In the meantime, he’s keeping busy by looking after his newborn daughter.

Comment: Enticknap plans on racing again at Washougal after breaking his collarbone in Minneapolis.

Comment: Grant had multiple surgeries on his leg after breaking it in Arlington. There’s a chance he’ll be back for Washougal, but the decision is yet to be finalized.

Comment: Mosiman is out for the season after dislocating his shoulder at Glen Helen.

Comment: Seely broke his pelvis and two vertebrae during supercross. He’s out for the season but plans on getting back to racing in 2019.

I know there was quite a bit of talk about me retiring next year, truthfully I did need to do a little soul searching. Now that I have my head on straight and can think clearly after my injury I do plan on making a comeback to racing. Not only that but come back faster and stronger than before with a little more knowledge and perspective on life and racing. You can doubt me, count me out, or underrate me but I’ll be back to make a statement soon enough. Thanks to those who stood by me and I hope this clears things up ❤️

Comment: Tapia broke his pelvis and sustained two broken vertebrae in Indianapolis. He’s out for the season.

Comment: Tedder originally hoped to be riding in late July, but he announced on Instagram his recovery from wrist surgery is taking longer than expected and he had to go back into a splint for a few weeks. There is no timetable on his return.

Comment: Wilson will miss the rest of the season following surgery to repair a torn ACL.

Comment: Bisceglia is out for the season after breaking his ankle and fibula while preparing to return to racing.

Comment: Cianciarulo had surgery to fix a torn ACL and will miss the rest of the nationals.

Comment: RJ went down hard off the start of RedBud's second moto, resulting in gnarly slices to his chin, back and knee. He had his back drained this week to relieve pressure and swelling, he's had the stitches removed from his chin, and he's leaving the stitches in his knee so he can race this weekend at Millville.

My lower back was swollen all last week from that first turn crash. Saturday I realized there was more then just swelling. Glad we were able to get this drained and release the pressure/pain in my back ???? @b3medical

Comment: Hartranft dislocated his shoulder before Southwick. It was hoped he could return to racing, but it didn’t work out. He’s out for the season.

Comment: Lopes will return to action this weekend after cracking his collarbone at High Point.

Comment: Marchbanks got back to racing at RedBud after hurting his knee at High Point, but crashed hard in the second moto. The team declined to elaborate on what was injured or when he’ll be back, but we do know he’s out for Spring Creek.

Comment: Oldenburg tore his ACL while practicing. There is no timetable on his return.

Comment: Osborne is out for the rest of the season after having surgery to repair a torn labrum suffered at Thunder Valley.

Comment: Peters is out for the season after having surgery to repair a torn ACL suffered in supercross.