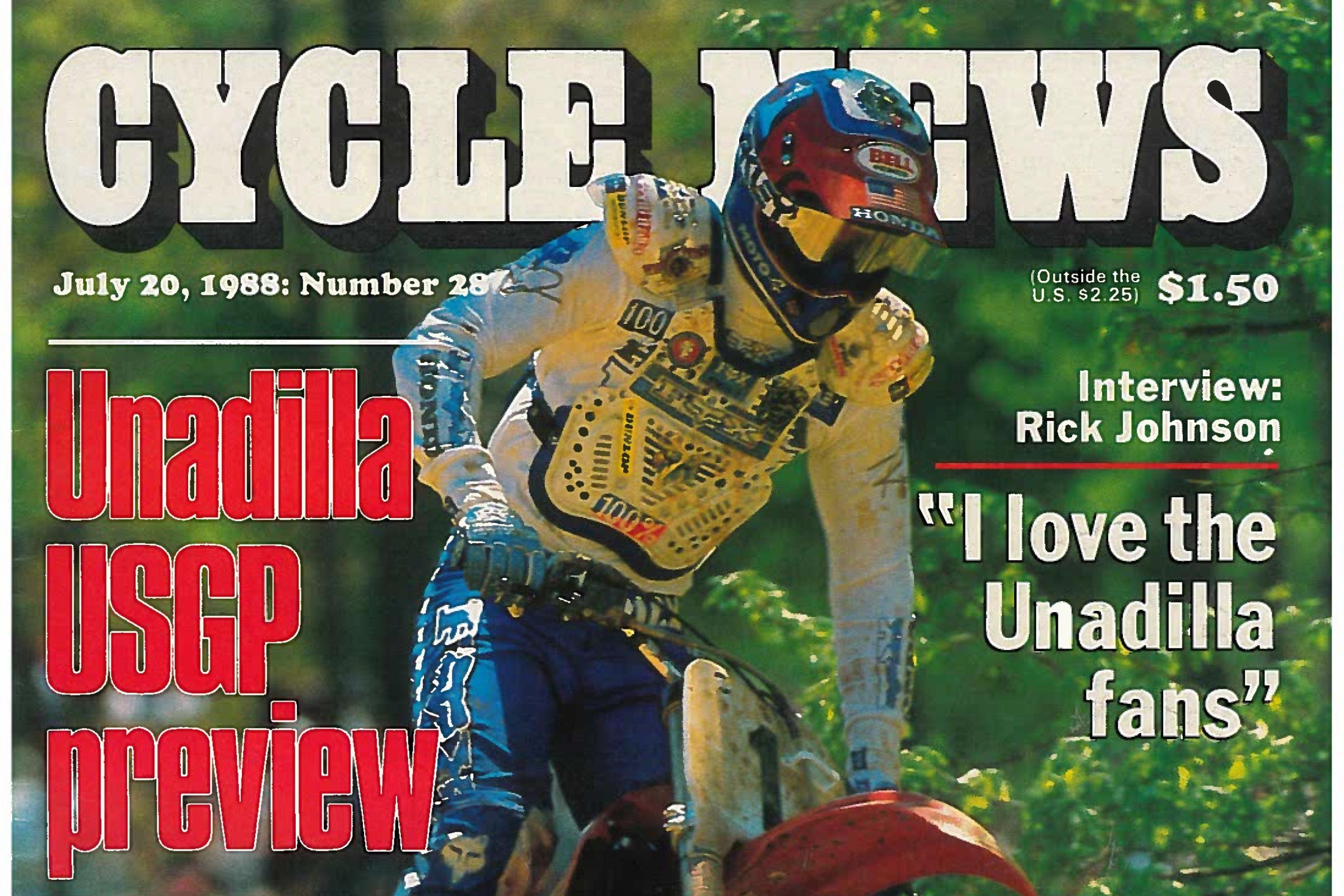 On This Day in Moto July 10

In the third year of the FIM 125cc Motocross World Championship, the diminutive Gaston Rahier and his Suzuki continued to lead the way with a July 10 double-moto sweep in Switzerland. Dutch Yamaha rider Gerard Rond was second with a 4-2, and Belgium's Andre Massant was third with 3-3 scores.

One we missed yesterday! The second and final AMA Supercross at Pittsburgh's Three Rivers Stadium was held on July 9, 1983. The race was won by Yamaha's Broc Glover, followed by eventual series champion David Bailey and fellow Yamaha rider Warren Reid.

It was an AMA 125/500 National at Broome-Tioga in New York, and Honda's Ricky Johnson went 1-1 on the big bike to take the overall. Yamaha rider Jeff Stanton finished 3-2 for second, and Australian import Jeff Leisk finished 5-3 for third on a factory Honda CR500. Privateers Fred Andrews (Ohio) and Tommy Watts (Kentucky) rounded out the top five.

In the 125 Class, Guy Cooper took the win on his factory Honda over Suzuki riders Erik Kehoe and Donny Schmit. Rounding out the top five were Yamaha riders Larry Ward and "Mad" Mike Jones.

Here is some home video of that race:

On that same day over in Great Britain at the 500cc Grand Prix, England's own David Thorpe went 1-1 on his HRC Factory Honda at Hawkstone Park, much to the delight of the partisan crowd. Second in both motos was series points leader Eric Geboers, Thorpe's teammate, while third both times out went to KTM's Kees Van der Ven.

At the German Grand Prix at Teutschenthal, it was the Russian rider Evegeny Bobryshev who got the win with 1-1 moto scores in MXGP, while eventual world champion Antonio Cairoli was second both times out.

In the MX2 Class, it was a battle of the young stars Ken Roczen and Jeffrey Herlings, as well as French rider Gautier Paulin. Roczen got the overall on his Red Bull KTM with 1-3 finishes to Paulin's 4-1 and Herlings' 2-4.