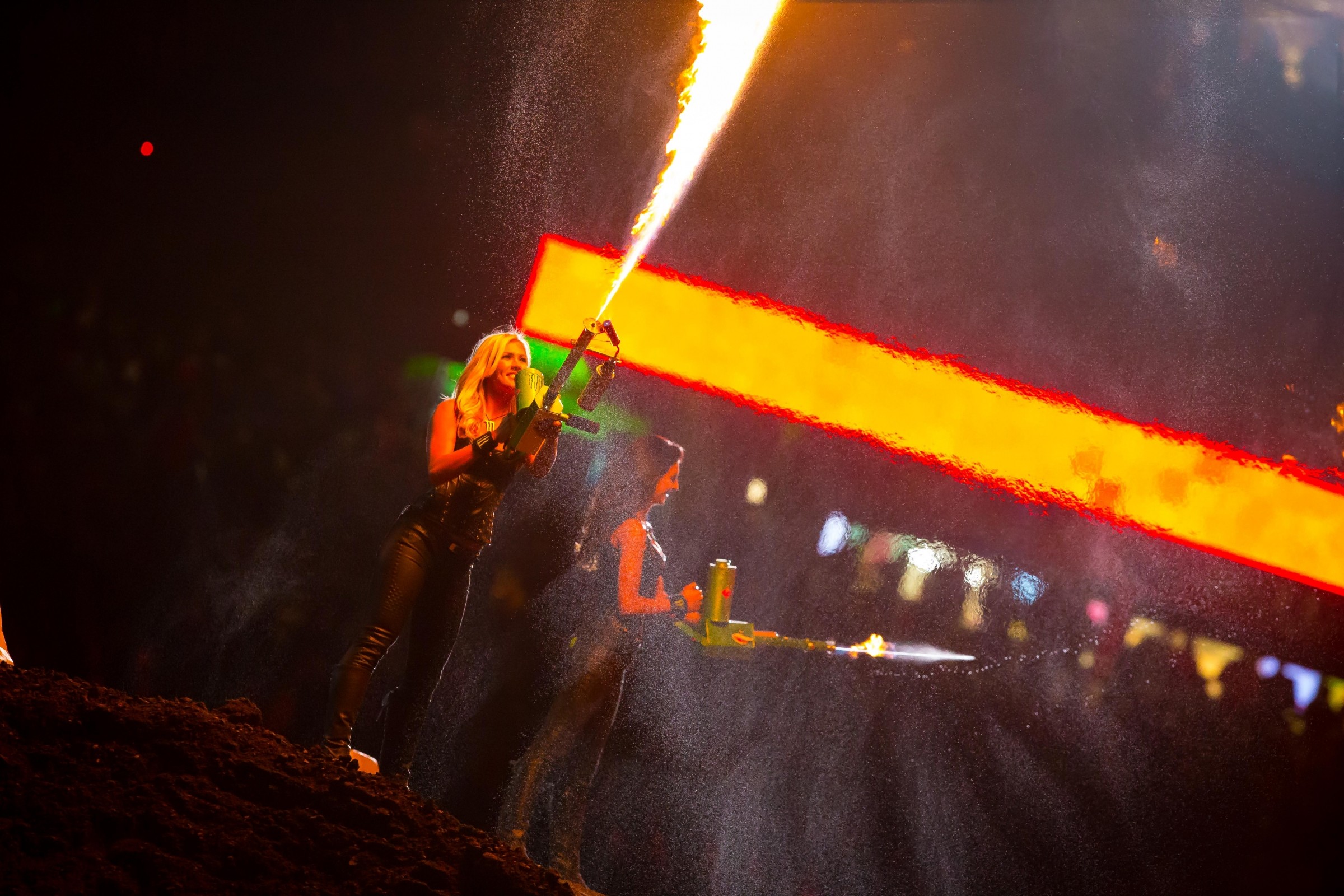 Harley-Davidson is ushering in a new era in 2017. The company announced last week that it will replace the most dominant motorcycle in flat track racing history (the XR750), and contest the 2017 American Flat Track series with the XG750R. The XR750 is the most iconic bike in flat track, carrying riders to 37 AMA Grand National championships in 44 seasons of competition. This isn’t a huge surprise, though, as Harley spent the 2016 season developing the race-modified, liquid-cooled, fuel-injected XG750R.

“There is extraordinary energy building behind the new American Flat Track series and after decades of XR750 dominance, it’s time to bring a new level of performance and technology to the track with the Harley-Davidson XG750R,” said Harley-Davidson vice president and managing director US Mike Kennedy. “The new Daytona TT promises to be a thrilling event. If you are in Daytona for Bike Week, ride to the race and help the factory team kick off an exciting season.

“Unlike our competitors, we are going flat track racing behind an American-made production engine,” he continued. “The XG750R is a purebred racing motorcycle, but its modified engine is based on the same Revolution X V-Twin anyone can buy from a Harley-Davidson dealer in a Street 750 motorcycle, an engine designed by Harley-Davidson engineers and assembled at Harley-Davidson Vehicle and Powertrain Operations in Kansas City. There’s a direct link from the Street 750 to the XG750R flat tracker the factory team will be racing for a championship, and that link is our passion for performance.”

PR driven videos have a tendency to be, how do I put this nicely? Boring. This is not one of those videos. Honda has paired road racing legends John McGuinness and Guy Martin to compete in the Isle of Man TT and the North West 200 for 2017, and to introduce the pair, they put together this amazing video.

Ads are coming to the NBA jerseys in 2017-18, when the league begins its new jersey partnership with Nike. Per Deadspin, each team is able to sell a “2.5" x 2.5" logo on the upper left shoulder of their jersey, with 50 percent of the proceeds being kept by the team, and 50 percent going into a common pool shared by all teams to dilute the advantage of larger markets.” How much does said logo go for? According to an EPSN report last year, the Philadelphia 76ers agreed to a three-year deal with StubHub for $5 million a year. Three teams—the Sacramento Kings, Boston Celtics, and the 76ers—have deals in place for next season. Darren Rovell of ESPN tweeted up what the jerseys will look like next year.

Prior to X Games Aspen last week, Swedish snowmobiler Daniel Bodin landed the first-ever double backflip on a snowmobile. “I did it! I can’t believe I did it! The rush! It just can’t be described—nobody in this world can understand the feeling. I’ve nurtured the dream about nailing this trick more than two years,” he told Red Bull. Riders have tried to land the trick before, with both Levi Lavalle (X Games 2009) and Justin Hoyer ( X Games 2011) failing. At X Games last week, Colten Moore and Heath Frisby attempted the trick, but were unable to land it.

You Need to Watch This Guy's Skills on a Scooter

I’ve always been a fan of lists. Most popular, most powerful, most whatever—I’m down with it all. Although these lists can be somewhat arbitrary, they are fun to discuss. (Ex: Steve Matthes’ “Top 30 Most Powerful/Influential People in SX/MX” is still talked about around the water cooler.) Anyhow, the folks over at The Big Lead put together their list of the “30 Most Powerful Talents in Sports Media Today.” I may be the only person that enjoys the list, but whatever. Here’s a sample, check out the entire list here.

5. Michael Wilbon and Tony Kornheiser, ESPN
While PTI is generally self-contained and you don’t see many headlines about what is said on the show, it remains a dynamo in the ratings. If one of Wilbon or Kornheiser is gone or Wilbon is out of studio, it’s noticeable. The show, created in 2001 by Erik Rydholm and Jim Cohen, really brought the debate format to the forefront of sports television, and you can see its influence up and down this list.

4. Adrian Wojnarowski, Yahoo Sports
Woj still breaks a vast majority of NBA stories, and his Vertical site is humming along. His podcast is a platform where players, coaches, and executives open up to speak more candidly than you’ll hear anywhere else. While he has been less likely in recent years to drop a scathing nuclear bomb column, ask yourself this: If you’re an NBA owner or executive, who would you less rather be harshly criticized by, Woj or Barkley? It’s Woj in a landslide.

We Need to Get this to Ping ASAP

An artificial intelligence program created by researchers at Carnegie Mellon University has bested four human poker players in a 20-day tournament that ended earlier this week, according to The Verge. The AI, named Libratus, beat the silly humans by $1.76 million in chips. We’re doomed.

While the AI has so far only been applied to poker, CMU is eager to experiment with its abilities in other fields. “The computer can’t win at poker if it can’t bluff,” said Frank Pfenning, head of the Computer Science Department at CMU. “Developing an AI that can do that successfully is a tremendous step forward scientifically and has numerous applications. Imagine that your smartphone will someday be able to negotiate the best price on a new car for you. That’s just the beginning.”

Horses are fast, bro. Don’t attempt to race a horse.

This punter showed a nice turn of foot before pulling up lame in the last at Hobart on Sunday… pic.twitter.com/Oe7OOrPsXx

Actually, we could say the skier won this time. While skiing in Utah, a guy was following another skier’s tracks, noticed a jump, took said jump, and fell down a 152 foot cliff. He was, somehow, unharmed. He said it took five hours (!!!!) to find his lost ski. When he found it, he continued to ski. Boss.