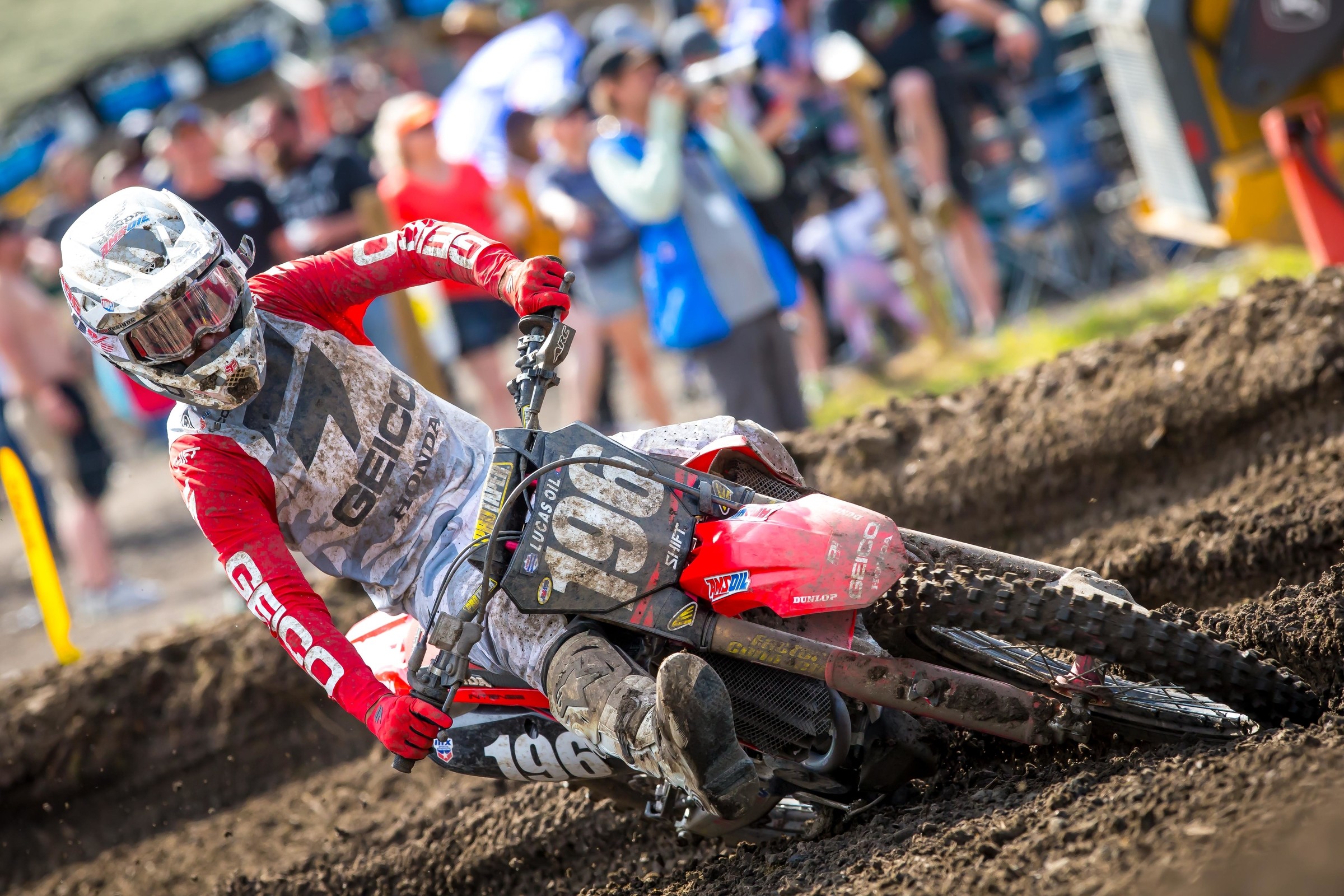 Comment: Baggett has been dealing with an illness that’s been getting progressively worse over the course of the 2019 season. He missed Washougal as a result. At time of posting we were still waiting for an official word regarding his status for Unadilla.

BENNY BLOSS – BANGED UP | IN

Comment: Bloss crashed hard in the first moto at Washougal and made the decision to sit the second moto out. He’s in for Unadilla.

Comment: Hill had hoped to be able to race a few races at the end of the season but has yet to be released by his doctor. At this point it’s unlikely he’ll race any of the remaining nationals.

Comment: Merriam had a collision with another rider at Washougal and suffered a broken and dislocated pinky. He’s out for the season.

Comment: Peick isn’t ready to return after sustaining major injuries at the Paris Supecross in November, but he is back on the bike and even participated in the annual Surfercross earlier this week.

Comment: Seely is out for the season after tearing his labrum and fracturing his glenoid socket. He recently announced his retirement.

Comment: Auberson is back on the bike but hasn’t had enough time to get back to racing. There’s a chance he’ll be back for Budds Creek.

Comment: Covington was diagnosed with the Epstein-Barr Virus in early June and has missed several races as a result. He's out for Unadilla.

Comment: Crown will return to racing at Unadilla after missing Spring Creek and Washougal with a tweaked thumb.

MARTIN DAVALOS – BANGED UP | IN

Comment: Davalos was still suffering numbness in his arm/hand, which he thought traced back to neck injuries suffered last year. He missed few races doing more therapy, then elected to get arm pump surgery on his forearms to try to help with the numbness. He'll return to racing this weekend.

Comment: Forkner will not compete in the 2019 Lucas Oil AMA Pro Motocross Championship due to a torn ACL suffered during supercross.

Comment: Lawrence had surgery on his collarbone recently following a practice crash before Washougal. He’s out for Unadilla.

Comment: Martin had a complicated recovery after sustaining a burst fracture in his back last year at Muddy Creek. He’ll be back racing in 2020.

Comment: Smith is recovering following surgery to fix damaged tendons in his wrist. It’s unlikely we’ll see him back on the line before the 2019 Lucas Oil AMA Pro Motocross Championship ends.