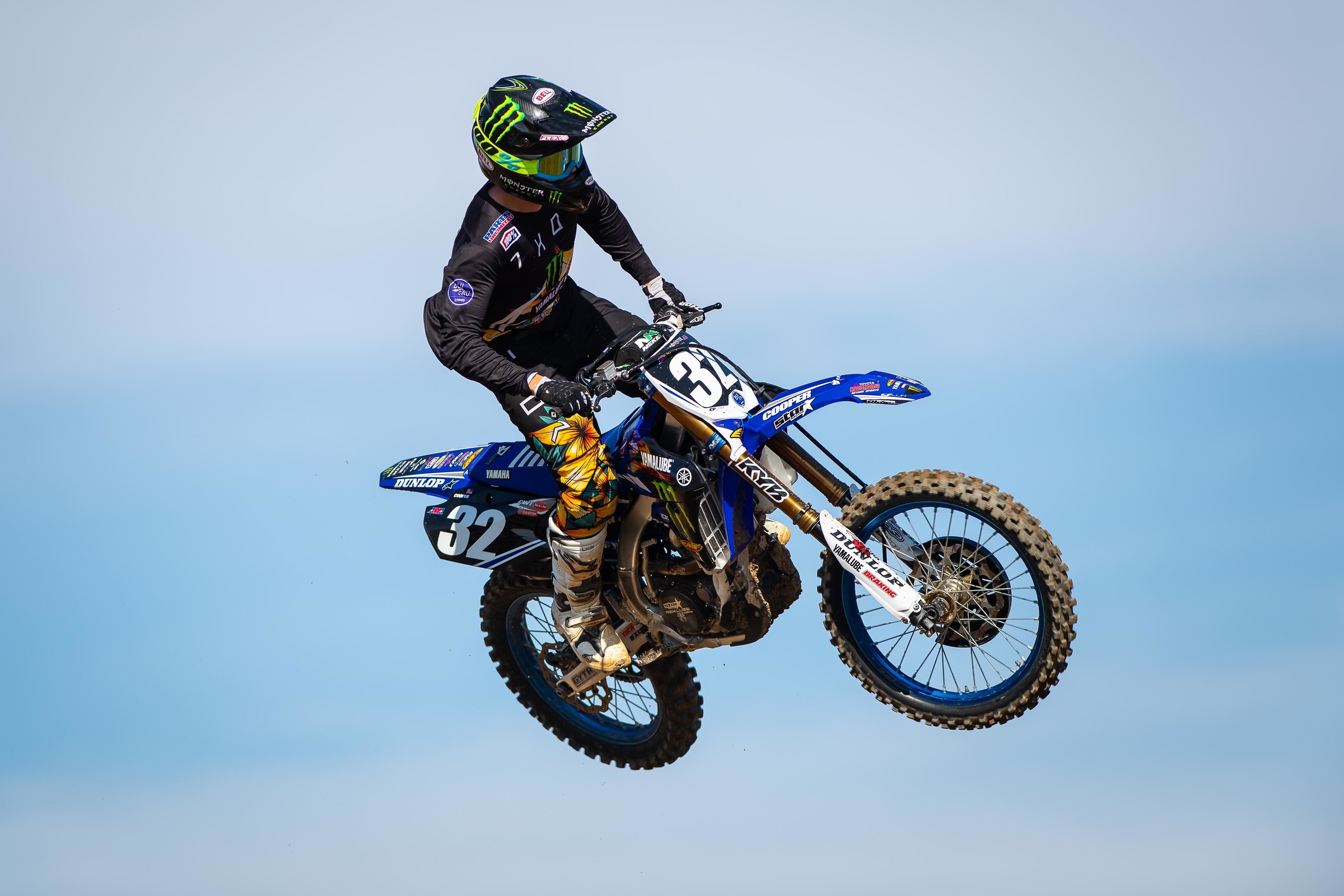 Between Thoughts on Justin Cooper

Flying at the test track. In this sport we hear that saying so much it ranks all the way up with other dandies like “It is what it is,” “blistering laps,” “we’ll see who wants it the most.” We’re inundated with it this time of year too—always have been, always will be. Come December, anyone, and we mean anyone, who is getting ready for A1 is being lauded somewhere, by someone, for the blazing speed they’ve been showing at the test track. That’s probably why the whole flying at the test track thing never seems to get much attention. But sometimes it’s true.

Before Justin Cooper made his debut last year, there was no shortage of people heralding his aircraft type speed at the test track. “Keep an eye on this kid.” “Just wait, you’ll see.” But after a ninth place at Anaheim 1— Cooper’s very first supercross—he sustained a concussion, nine broken ribs, and broke three transverse in Houston and ended up riding the bench instead of his Yamaha for the rest of the season. Fast forward to Lucas Oil Pro Motocross, when a healed Cooper almost immediately started living up to the pump he’d been sprayed with seven months prior. When the checkered flag flew on the motocross season, he’d tallied three overall podiums and was third in the points. Never mind being a rookie, that’s just plain good! Of course, that was then, and this is now, in supercross, where Cooper remains unproven.

Last week, we ran this interview with Justin himself to hear his thoughts on the new year. But it's tough for any rider to boast about his prospects, especially a rider that has only ridden in one professional supercross, total.

So, to really see how he's doing, we talked to the people around him.

“Justin is riding very well right now,” Monster Energy/Yamalube/Star Racing Yamaha assistant team manager Wil Hahn says. “It kind of feels like it’s a rookie season again due to the fact he only got to race Anaheim last year. I believe he will be equally as good in supercross as he was in motocross. He’s learning and we have a great group of riders riding together and pushing each other right now. I think he’ll really turn heads in 2019.”

“I expect him to have a very similar indoor season as he did outdoors,” Swanepoel says. “Showing blazing speed and getting onto the podium is what I predict for 2019.”

Seth Rarick, who assisted Swanepoel and helped train Cooper last year,  is impressed too, and seems confident in Cooper’s ability to realize his potential.

“I’ve been in North Carolina and haven’t made it out to see him ride, but I’ve heard he’s been the fastest guy on most days,” Rarick says. “When it comes to practice days, I’d bet money he’ll throw down the fastest lap of the day, against anybody, on any track. He’s just as good indoors as out, and he only had one weakness last year, which was the whoops. He got a lot better right before the season started but never got to show it because he got hurt so soon. I believe we’ll see some rookie mistakes because it’s his first real supercross season, but you better believe he’ll be commonplace at the top of the board in practice, and once he gets the racing part figured out, he’ll land on the podium before the season ends. His corner speed is unbelievable. I’ve never seen anything like it.”

At this point, it’s all just words—we won’t know how Cooper will do against competitors who have been working just as hard as he has in the months leading up to the season. But we do know Cooper performed brilliantly at the nationals, and Swanepoel says they’ve been working hard on getting comfortable in the whoops, and that “he is now looking very good” there. If his test track speed carries over, and if he’s as good indoors as he is out (everyone seems to believe he is), Cooper is going to be just as much fun to watch in 2019 as he was over the summer of 2018.