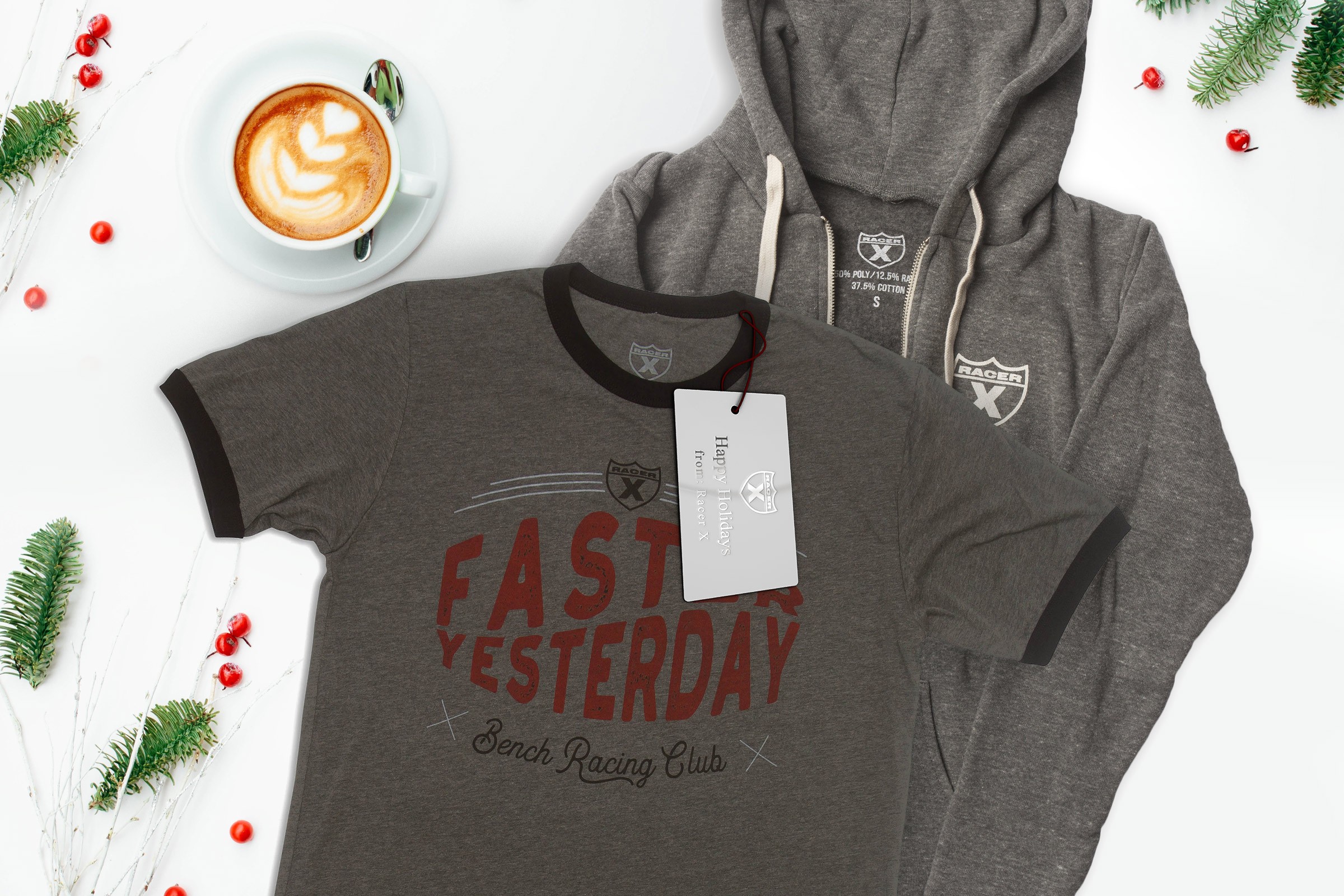 Welcome to the 2017 Racer X Online Actually Fun Gift Guide, presented by Ride365.com. We're attempting to make mundane Christmas gift shopping into something cool—starting with the fact that motocross gifts are the best gifts of all. Try Ride365.com to get your shopping list going this year, then check out some other cool products.

Organization won’t guarantee success, but a lack of it will guarantee failure. That’s why you need the Racer X Brand Urban Backpack. It’s absolutely loaded with compartments to help you keep track of all the things you need during the day, whether you’re hiking, on campus, or on assignment covering supercross. Even cooler, most of this pack’s sections are specialized to their specific use. Foam panels help keep your electronics and fragile items safe and sound, there’s a special pocket just for your tablet, and the top-loading laptop compartment makes getting through airport security a breeze. Best of all, it’s comfy to wear, thanks to its fully adjustable ergonomic shoulder pads and padded back panel, which features moisture wicking mesh material. It’s also got dual water bottle holders on the sides to help keep you hydrated no matter what activity you’re up to.

Fishermen may be famous for adding a few inches to their trout, but their stories can’t hold a candle to the legends and lore of an experienced bench racer. Whether we’re arguing with a buddy about James Stewart versus Chad Reed or exaggerating our cornering ability at the local bike shop parts counter, we motocrossers are infamous for coming up with alternative facts that support our points. For example, a friend of mine was notorious for lying about his race results, even though he didn’t even race. If he saw someone during practice he knew had finished third (or wherever) at a recent race, he’d jump behind them and try to go head-to-head. If he was faster, he’d tell everyone he got second in the actual race. You know, the one he didn’t even line up for. If he was a little slower, he’d say he got fourth. I’m not making this up, and as ridiculous as this story sounds, we’re all guilty of something similar. We’re not going to change, either, so we might as well lean into it and advertise our bench racing prowess with the official bench racer’s uniform from Racer X. Slide one on and start weaving your two-wheeled yarns today!

The only bad part of wearing a hoodie is when you’ve got it on, it hides your Faster Yesterday shirt. Fortunately for you, Racer X has come up with a solution for this garment conundrum. How, you ask? With the Zip-Up Shield Hoodie! Thanks to the zipper, you can keep your arms warm and continue to show off your cool T by leaving the zipper down. It’s unisex sizing too, so you can stay warm, stylish, and comfy no matter who you are. To learn more, head over to Racerxbrand.com.