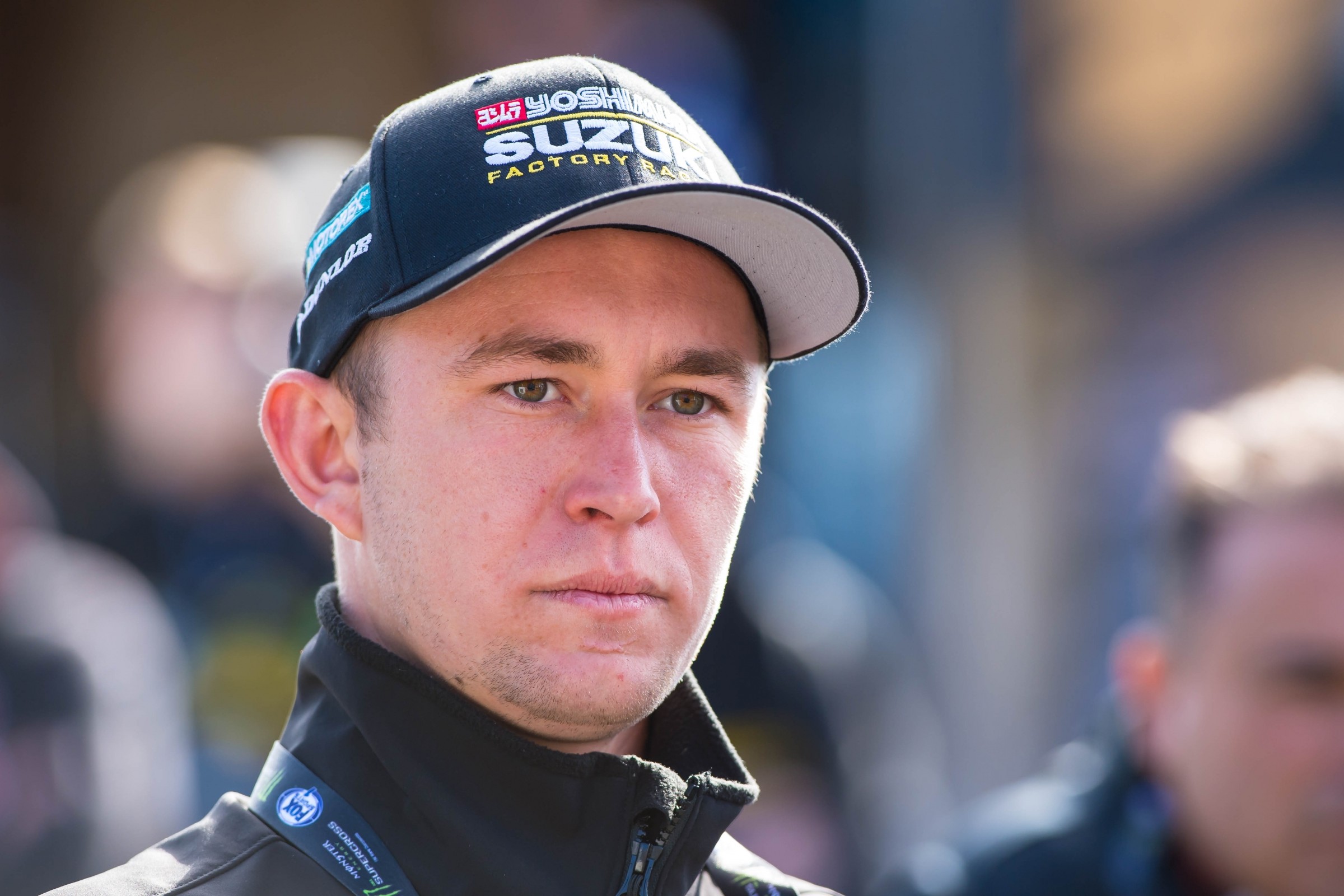 Blake Baggett – Shoulder
Comment: Blake Baggett has been suffering from severe inflammation of his shoulder socket. He started riding on Monday and plans on racing Daytona.

Justin Barcia – Thumb
Comment: Barcia crashed on his mountain bike and injured his thumb before the season. He had surgery earlier this year. In an Instagram post Barcia said he had the pins removed and hopes to start riding soon.

Adam Enticknap – Femur
Comment: Enticknap broke his femur while practicing at Lake Elsinore. He’s had surgery and is out for the rest of Monster Energy Supercross.

Tyler Enticknap - Thumb
Comment: Enticknap broke his thumb at San Diego 1 but hopes to be back after Daytona.

Wil Hahn – Collarbone, Labrum, and Scapula
Comment: Hahn was in the wrong place at the wrong time in Atlanta and got collected in a big crash after Andrew Short and Phil Nicoletti collided in the air. He had the following to say on Instagram:

Update: Flew straight to Dr. Ting from Atl, he was able to pop my shoulder back in. And we also saw that I broke my collarbone, scapula and tore my Labrum. Soon as the swelling goes down Doc is going to operate on the collarbone and dial in my labrum. We will do everything in my power to be back racing as soon as I can be. Thanks to the@asterisk_com medical crew for always taking care of us. #downnotout

Phil Nicoletti – Knee
Comment: Nicoletti was part of a nasty three-way crash in Atlanta also involving Short and Hahn. He banged up his knee in the incident, and after an MRI on Monday he learned it will not require surgery. He’s been doing therapy this week, and while the team isn’t 100 percent sure yet, hopes to race in Daytona.

Dusty Pipes – Shoulder
Comment: Pipes crashed before the season and dislocated his shoulder, broke his humerus and scaphoid, and tore some muscles in his shoulder. He started riding again two weeks ago, starting on flat oval tracks before progressing to motocross, then supercross. He hopes to be on the gate in Toronto and credits physical therapist Gary Peterson for getting him back on the bike nearly a month ahead of schedule.

Andrew Short – Concussion
Comment: Short was involved in a midair collision with Phil Nicoletti and Wil Hahn in Atlanta and will not be racing in Daytona. He had this to say on Instagram:

Well, I'm pretty banged up from crashing Saturday night in Atlanta. The worst part was getting my second concussion in less than three months. The burns, bruising and cuts will heal but injuring my head scares me. I would like to thank Eddie and Dr Alexander from the asterisk crew for helping with assistance and medical care. At this point I don't know when I will return to racing but would like to thank the whole @teambtosports crew and sponsors for the support. Besides God and family there is nothing I love more than being at the races around dirt bikes. Also I appreciate @cudby for sending over sweet photos from the races each and every week!

James Stewart – Knee
Comment: After returning from a concussion suffered at the opener, James Stewart jammed his knee badly in his semi in Atlanta. He was able to ride during the week and plans on racing Daytona.

Ronnie Stewart – Wrist
Comment: Stewart broke his left wrist before Anaheim 1. He was able to get back on the bike this week for some mild riding and is shooting to return at St. Louis.

Broc Tickle – Wrist
Comment: Tickle suffered a fractured distal radius in his right forearm in January. He’s back to light physical activity and the team is looking for him to get back on his motorcycle in the coming weeks. The team says a return to supercross this season is not out of the question, depending on how quickly he progresses.

Dean Wilson – Knee
Comment: Wilson crashed and tore his ACL and meniscus, and sprained his MCL. He’s out for the rest of supercross.

Darryn Durham – Spleen
Comment: Durham released a statement on Instagram on Saturday announcing he would miss Daytona with a spleen injury sustained in Atlanta.

Jessy Nelson – Banged Up
Comment: Nelson crashed hard before San Diego 1 and was taken to the hospital. He hasn’t raced since and there’s a chance we won’t see him until Lucas Oil Pro Motocross.

Luke Renzland – Collarbone
Comment: Renzland broke his collarbone in Atlanta and will have it surgically plated this week. The team is confident he’ll be able to recover in time to line up for more supercross in 2016, but until then Benny Bloss will fill in for him.

Jackson Richardson - Shoulder
Comment: Richardson injured his shoulder and decided to go ahead and have surgery, saying he’s had some nagging damage that’s been giving him repeated trouble. The hope is that he can start riding in a few weeks and begin racing after Santa Clara.

Dakota Tedder – Concussion, Scapula, and Ribs
Comment: Dakota Tedder crashed during practice in Atlanta when Martin Davalos ran into him while jumping a dragons back. Tedder tried to ride more but went down again. The crashes resulted in a concussion, broken scapula, and broken ribs.